BIONICLE is back! At New York City Comic Con last week, LEGO unveiled detailed information and images for a new line of BIONICLE sets. The sets will be available globally from January 1, 2015 and revolve around an entirely new storyline. Prices will range from USD $9.99 – USD $19.99.

“We are thrilled to announce the relaunch of the LEGO BIONICLE franchise, which was one of our most popular LEGO franchises and our first ‘constraction’ or constructible action figure line.” said Michael McNally, Senior Director of Brand Relations. “We are eager to introduce and immerse a new generation of children in this rich character-driven world and can’t wait for fans of all ages to interact with the new story.” 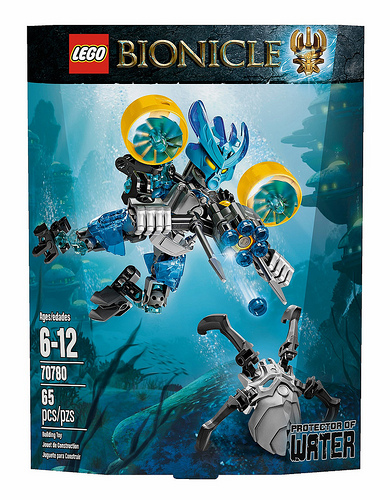 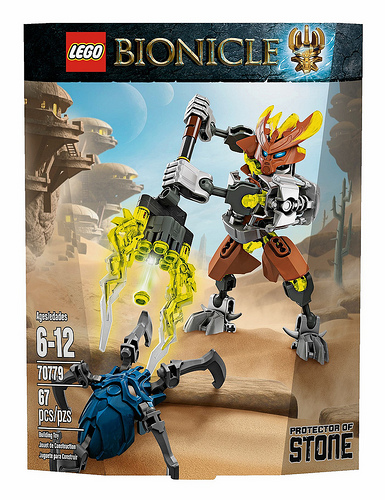 The January line-up consists of six “Master” sets, and six “Protector” sets, each based around the elements of Fire, Earth, Water, Stone, Jungle and Ice. There is also a thirteenth set called the Lord of Skull Spiders. You can find photos and set details up on our Flickr stream, so go check ’em out now!

Can the Toa save Okoto from the latest threat?

The new storyline takes place on the mythical island of Okoto, where the forces of darkness are on the move, and the evil Makuta is once again materializing. Makuta is overcome by the desire for the three mythic masks that will cast the world into darkness: the Mask of Creation, the Mask of Control, and the Mask of Ultimate Power.

The desperate island inhabitants enlist six heroes called the Toa – each masters of a sacred element – to help save their beloved island. The Toa must embark on a quest for Okoto’s ancient power masks, that will allow them to unlock the full potential of their elemental powers. Only when the heroes are united, will they be able to battle the forces of evil, defeat Makuta, and save Okoto. 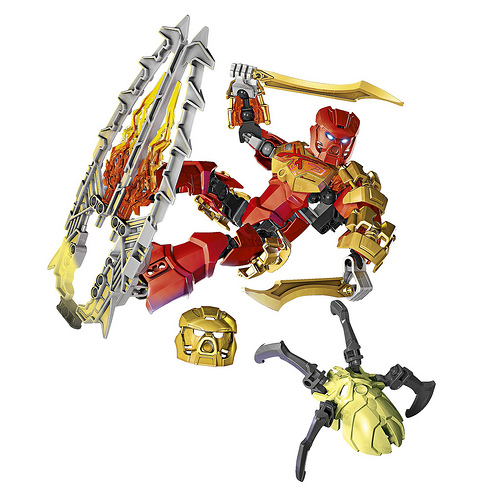 We’ve selected the winners of tickets to attend the LEGO event at NYCC, through the magic of Excel. The five commenters listed below should expect to hear from LEGO PR soon. Congratulations to the winners, I look forward to seeing some awesome photos.

The kind folks at Lego have offered us five free tickets to the first day of NYCC to give to our readers (Thursday October 9). What’s more, the winners will be invited to a special event at 1pm, where a new theme will be announced! The winners will get access to NYCC that day, the afternoon panel, and a special evening event.

You must be able to get yourself to NYCC for the event, at your own expense, as all this contest provides is the NYCC ticket mentioned above. Transportation, lodging, etc is not included. Contest will be closed at 11:59 pm EST on September 19th.

FBTB is once again at New York Comic Con and providing excellent coverage of the new sets due for 2013. The biggest news item is the official announcement of Lego Ninja Turtles with 79104 The Shellraiser Street Chase shown below. You can see more pictures and closeups of the minifigs on FBTB. 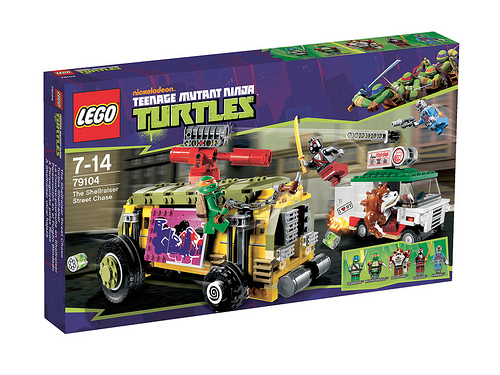 In addition there’s images of upcoming Super Heroes sets such as 76001 The Bat vs. Bane: Tumbler Chase and 76005 Spider-Man: Daily Bugle Showdown. 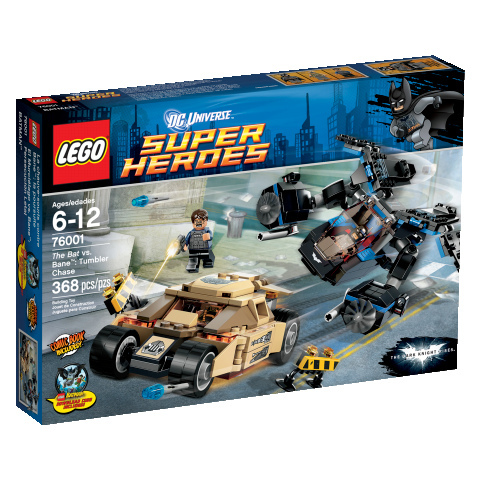