Noblebun is one of the best sci-fi LEGO builders out there, proving that title with his newest creation, the V-X Vera. 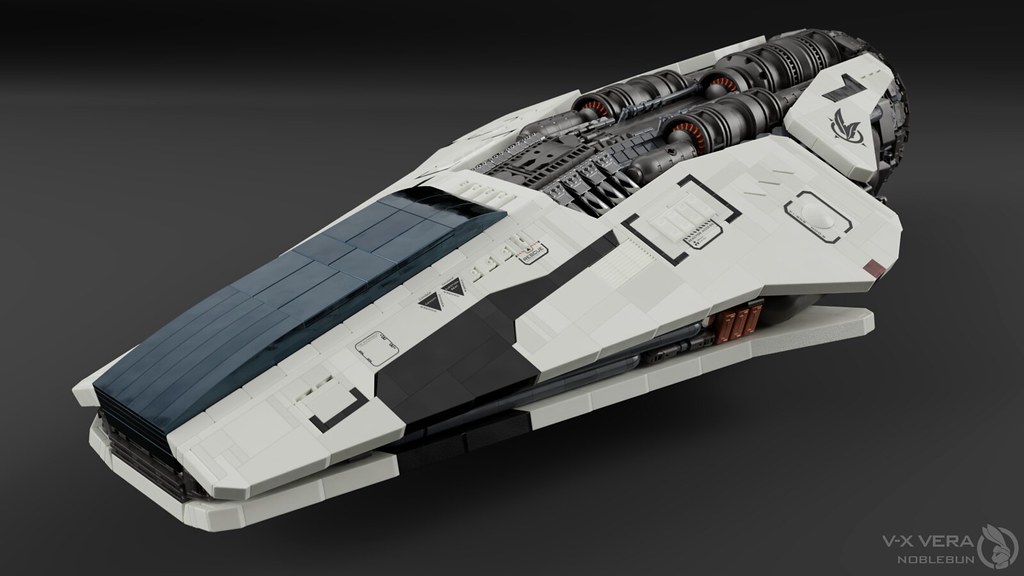 “Roaring into the spaceport was the most beautiful ship I’ve ever seen in all my days. With a lean white bow and gleaming engines, she settled down into my docking bay. I thought I was lucky to just catch a glimpse of her, but now she could be mine to care for,” — Rhys Wheelright, chief of maintenance, Colony One.
END_OF_DOCUMENT_TOKEN_TO_BE_REPLACED

These days it’s becoming increasingly more difficult to spot digital LEGO creations. Renders and 3D modeling have progressed to the point where all the easy “tells” are gone, and you really have to know your subject matter to spot custom colors and parts. (And that’s assuming there are any to look for!) But virtual creations can go so many places that physical models can’t, allowing for builds that can even make you wonder if they’re based on LEGO bricks at all. I mean, look at the A-10 Asimov, created by noblebun. This ship is gorgeous. And also a complete flight of fantasy. 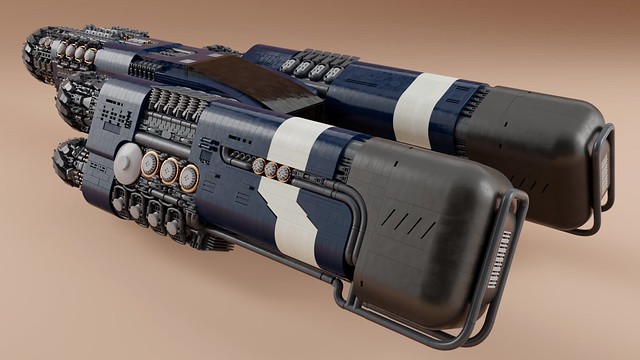 For starters, Noblebun has made great use of the ability to recolor parts. There big pieces like the front quarter-domes, in a I-wish-they-made-that matte dark grey. A minifigure’s police hat cast in light grey becomes part of the engine detailing. And unfortunately the chromed-copper discs sitting under those Technic gears aren’t standard issue, either. Some pieces are completely outside of the released shapes that LEGO offers. The curved pipes include custom nested 90 degree bends that we can currently only dream of. But, wow, do they look fantastic.

More importantly, though, is how these fantasy parts are built into the whole. There are some really great building techniques in play here. Check out how the use of inverted and standard sloped brick combine to create the white band. And how that same combination, built slightly differently, creates the impression of vents in the grey areas.

A rear shot showcases the amazing build in the engines. To me, they’re reminiscent of the jet exhaust on the UCS Batmobile. Just much bigger, more complex, and more awesome in general. 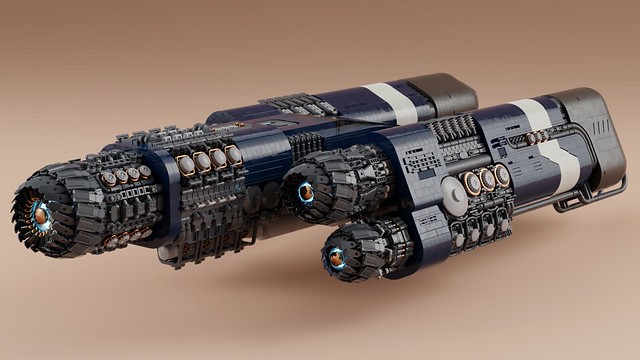 This is the sort of deep fake I can really get behind. Sure, this creation may only live in the realm of pixels and math, but I’m okay with that. It’s an amazing feat of construction and imagination.