Last year, British Formula 1 driver Lewis Hamilton won his 6th world champion title. Although he has to win one more championship to equal Michael Schumacher’s achievement, his career statistics are remarkable, to say the least. Half of his success is, of course, his outstanding driving talent, but the other half is always the car. Noah_L pays tribute to incredible Mercedes-AMG F1 W10, which Lewis piloted during 2019 season. The scale of the model, which appears to be around 1:15, sets a whole bunch of designing challenges. 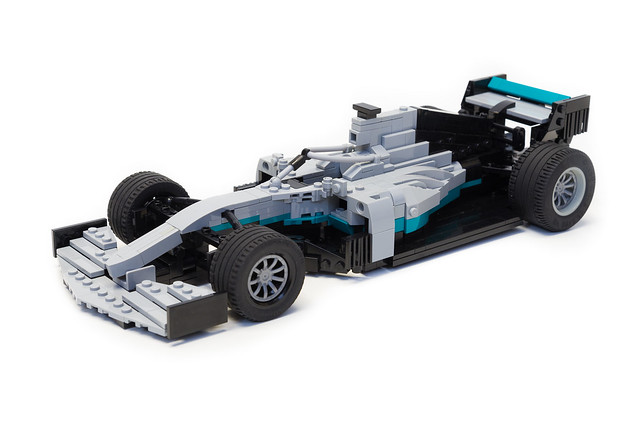 Formula 1 cars are known for their supersophisticated aerodynamic elements, which are always hard to build. But according to the builder’s comment, matching the livery was the most challenging part. Certain parts of the car’s body are colored in turquoise, which is the signature color of Mercedes’ sponsor, Petronas. Although more and more types of LEGO pieces appear in dark turquoise since 2018, the assortment is still pretty limited. However, Noah did a fantastic job recreating the livery as precisely as possible.