With an intimidating form, it’s hard to say whose side this mech would be on. Created by Keith Espinoza, the build has an angelic quality due to the wings. However, the dark colour scheme and assortment of weapons may suggest otherwise. The double bladed swords feature energy blast parts which represent crackling electrical beams. The wings make use of angled plate pieces to create the ring of wing segments attached to the back. 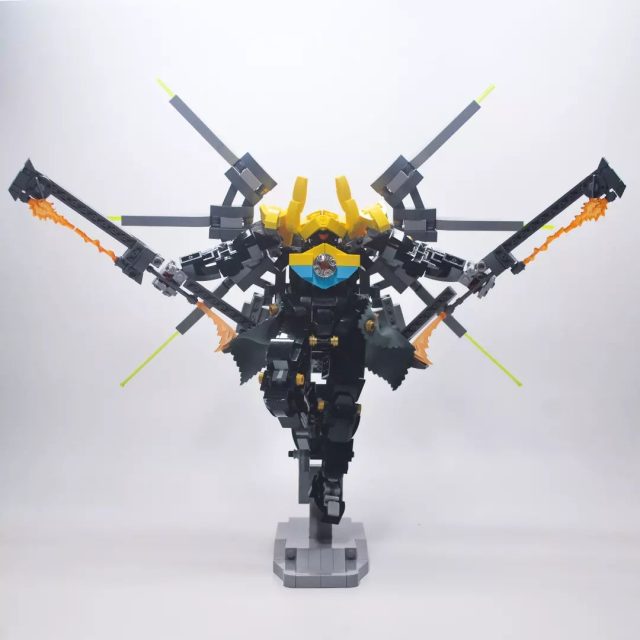 For long-range combat, the mech comes equipped with a rifle. The feet of the figure also have an intriguing design, with mechanical details in grey surrounded by black outlines. The model also has some fantastic articulation as it is able to strike a variety of dynamic poses. 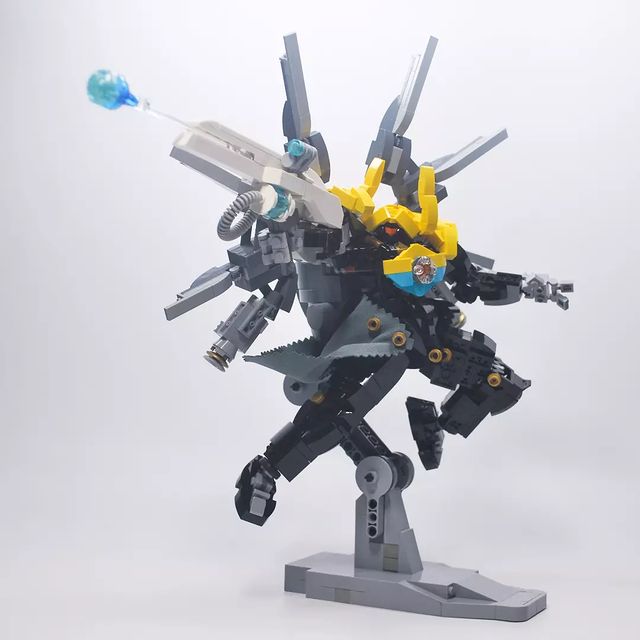 Armed and ready for combat, this mech has a menacing stare with its single prominent eye. Created by Keith Espinoza, the build looks as though it can strike some dynamic poses with its articulated joints. The mech comes equipped with a rifle and jetpack, perfect for blasting off into the battle. Curved tube pieces form around the eye, creating a smooth robotic look around the head. There are also some sharp angles at the chest, which contrasts nicely against the rounded sections of armour on the mech. 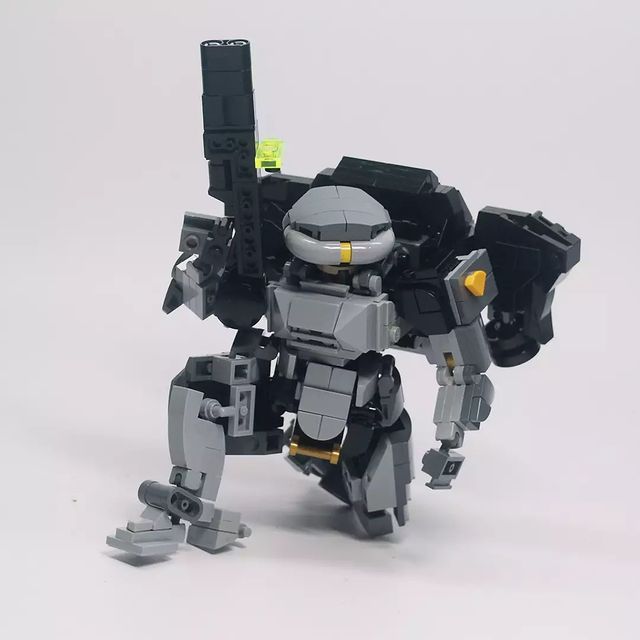 If the mech needs a quick speed boost, it can hop onto a hover unit, most likely used for covering long distances. Seeing an army of these flying towards you would make for quite an intimidating scene! 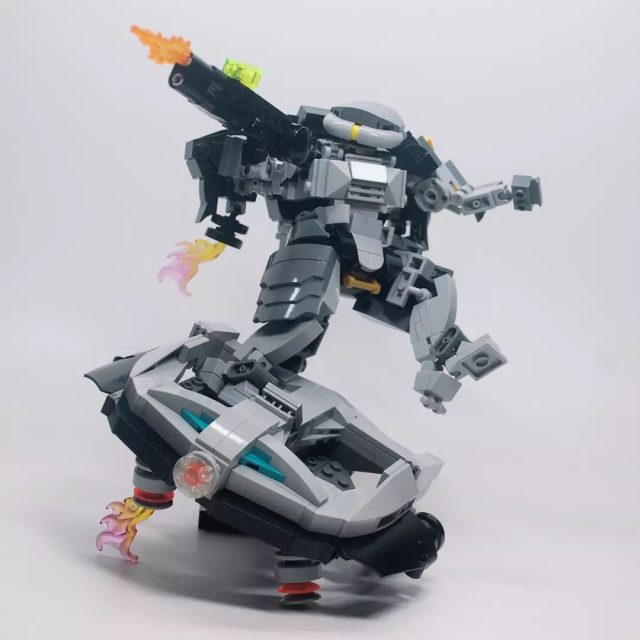 Keith Espinoza has built this bold warrior mech, complete with the armaments of a hammer and shield. The guardian has a great colour scheme with subtle hints of turquoise and warm yellows. The head’s round shape is created by the use of a life ring which is partially hidden under the crest of the helmet. Elegant curves are shown along the border of the shield, possibly suggesting that the mech might even be a type of royal knight. The hammer looks ready to do some serious damage with its curved hook on one side. Probably best not to get on the wrong side of this mech or you might be in trouble. 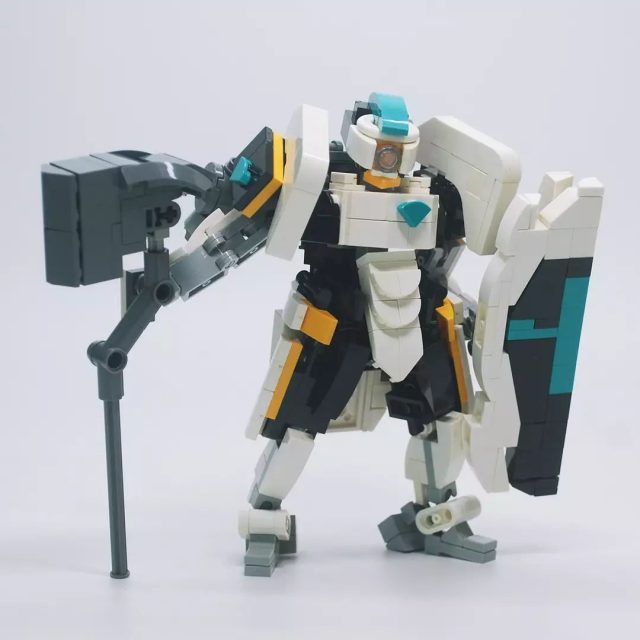