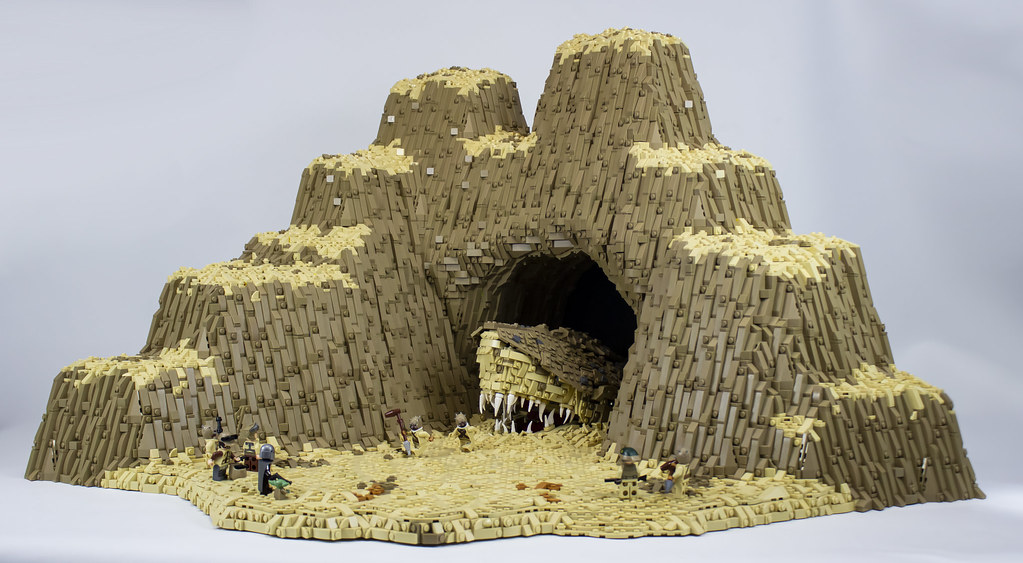 LEGO builder Jonathan Snyder has built a little something he calls “Solitude.” It’s part of a fortress wall using only two shades of tan and olive green. It proves you don’t need a lot of colors to build something charming. Varied textures created by masonry bricks, hinge plates, jumper plates and door rail plates all help create visually interesting surfaces. Goats also help make things interesting. Whether you’re building cars, spaceships, architecture or airplanes always incorporate goats to make things more interesting. Goats are both the cause and the solution to all our problems. Goats are always the answer. Goats! 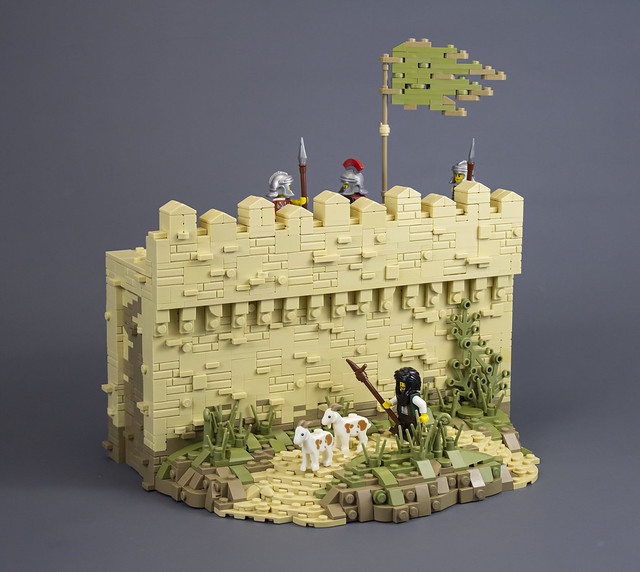