If you have been following The Brothers-Brick for a while, you might remember us sharing Pixel Fox’s off-roading vignettes. One of Pixel Fox’s hallmarks has been blending LEGO bricks with real-life materials for landscaping. His latest model is a spectacular Land Rover Discovery traveling through the African wilderness. The dirt may not be LEGO, but it doesn’t feel out of place and adds an air of authenticity to the vignette. 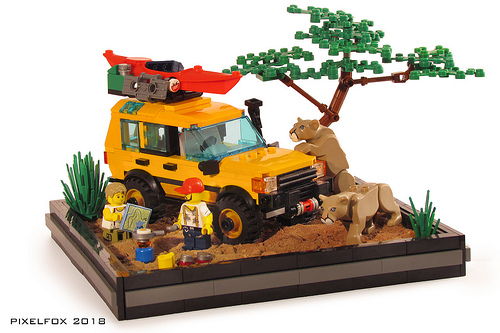 Next up, we have a bright orange International Scout. Originally introduced in 1961, the Scout is considered to be the forerunner of the modern SUV. This is a really fun scene by Pixel Fox that reminds us why we shouldn’t feed the bears. 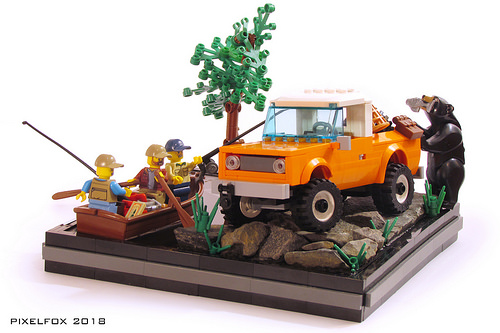 Last but not least is a 1970s Chevrolet C/K pickup truck, ripping through the swampland of the Southern U.S. This scene appears to utilize real water but, unlike real swamps, you would be hard-pressed to find any mosquitoes. It also features minifigures making some questionable decisions, but I guess what happens in the swamp stays in the swamp. 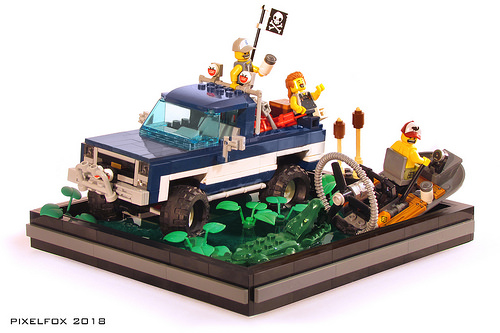