Spaceships and LEGO are partners to the end. Fans have been dreaming up their own versions of their favorite ships, fictional or real, since before LEGO picked up Star Wars. Builder Mocking_brick combines their love of The Expanse with LEGO to create massive, minifigure scale ships from the series. Though these spacecraft are already immense on their own, Mocking_brick felt like pushing the limits of the building program, Stud.io, by making gigantic scenes as backdrops for their creations. This scene exceeds 100000 pieces all on its own, showing off the hangar bay of the MCRN Donnager prior to its destruction. Housed inside this minifigure-scale creation are the damaged Knight shuttle (which held the survivors of the Canterbury ice freighter) and the MCRN Tachi (which would become the legitimate salvage, the Rocinante). 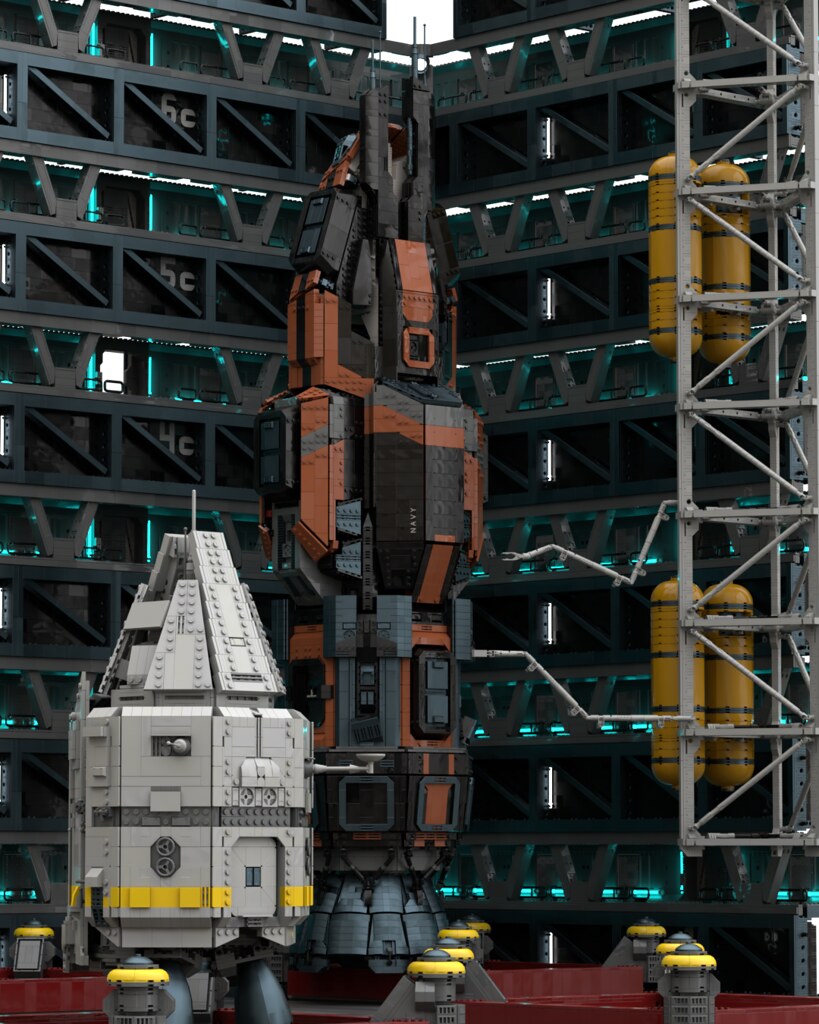 While James Holden and his rag-tag crew of rebels caused issues for the Martian crew of the Donnager, their seized shuttle sat in the hangar with the formidable frigate that would become the Rocinante. After digitally building these ships to minifigure scale, Mocking_brick created separate renderings for the different parts of the background. The background was fleshed out first, as it was a repetitive but satisfying element for the builder to develop. 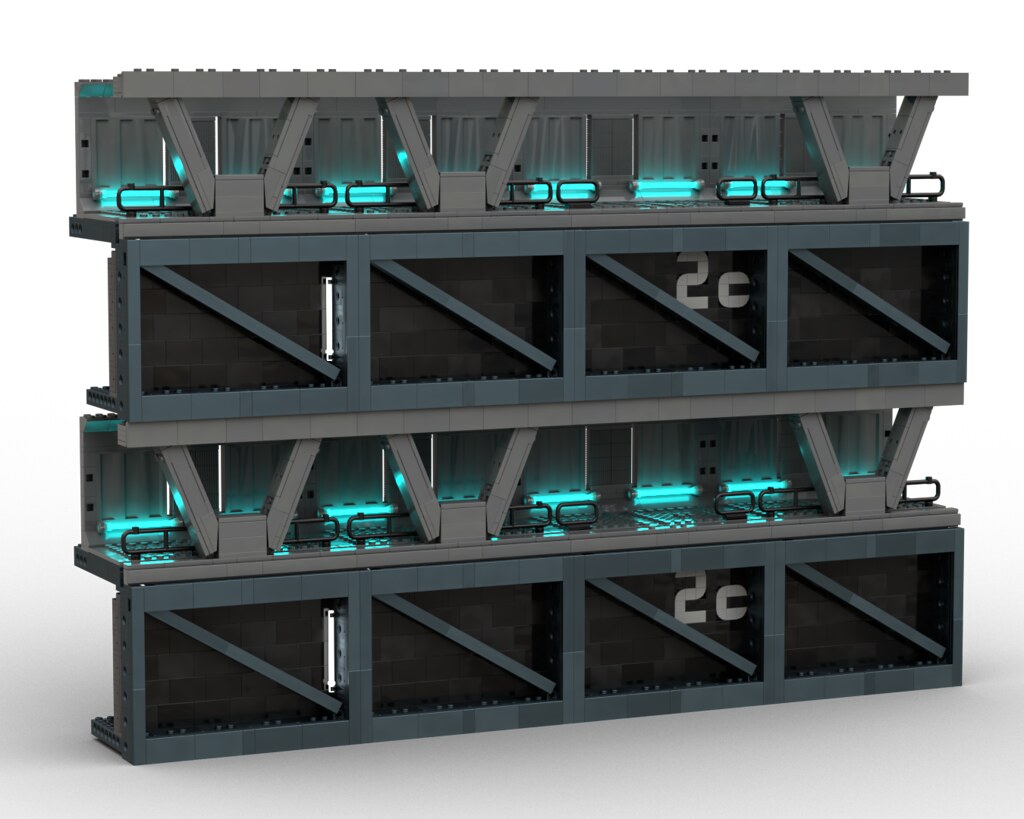 After building out both walls and partnering them with the Tachi, Mocking_brick moved on to the base and the maintenance rig. Already at 63,000 pieces, this next section added another 40,000 pieces and tested the limits of the Stud.io program and their computer. 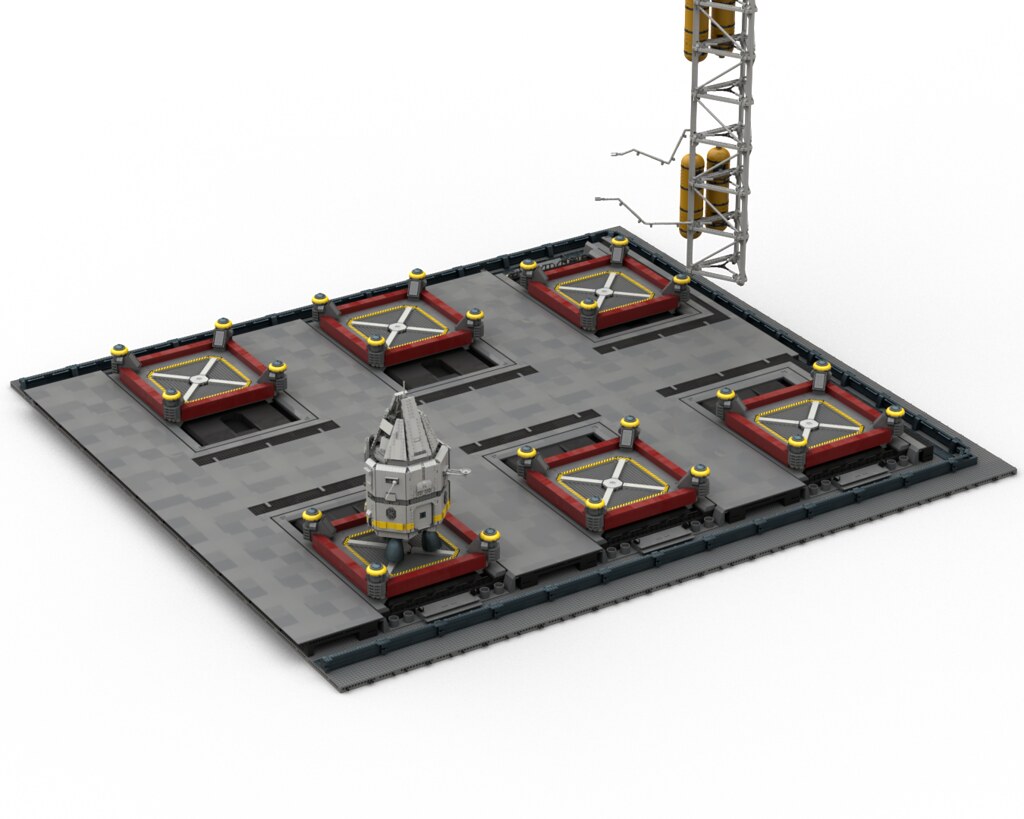 This builder has an unmatched dedication to this fandom and I, for one, am here for it. I mean, the attention to detail that Mocking_brick puts into their ships goes above and beyond anything I’ve seen. I can’t wait to see what else they manage to finish. Given the size of their creations, it makes sense that they jump around projects for a little while. Patience is a virtue, though, and these builds are worth the wait.

What is the most valuable resource in the deep space? Fuel? Galaxy credits? How about honey? According to this cute vignette by Andreas Lenander, you won’t be able to harvest honey so far from Earth without a cube element from LEGO VIDIYO sets. Indeed, the piece looks awesome inside this hangar with its semi-transparent effect. I know the clutch power of LEGO bricks is great, but I’d better seal the edges with some spare stickers… just in case. 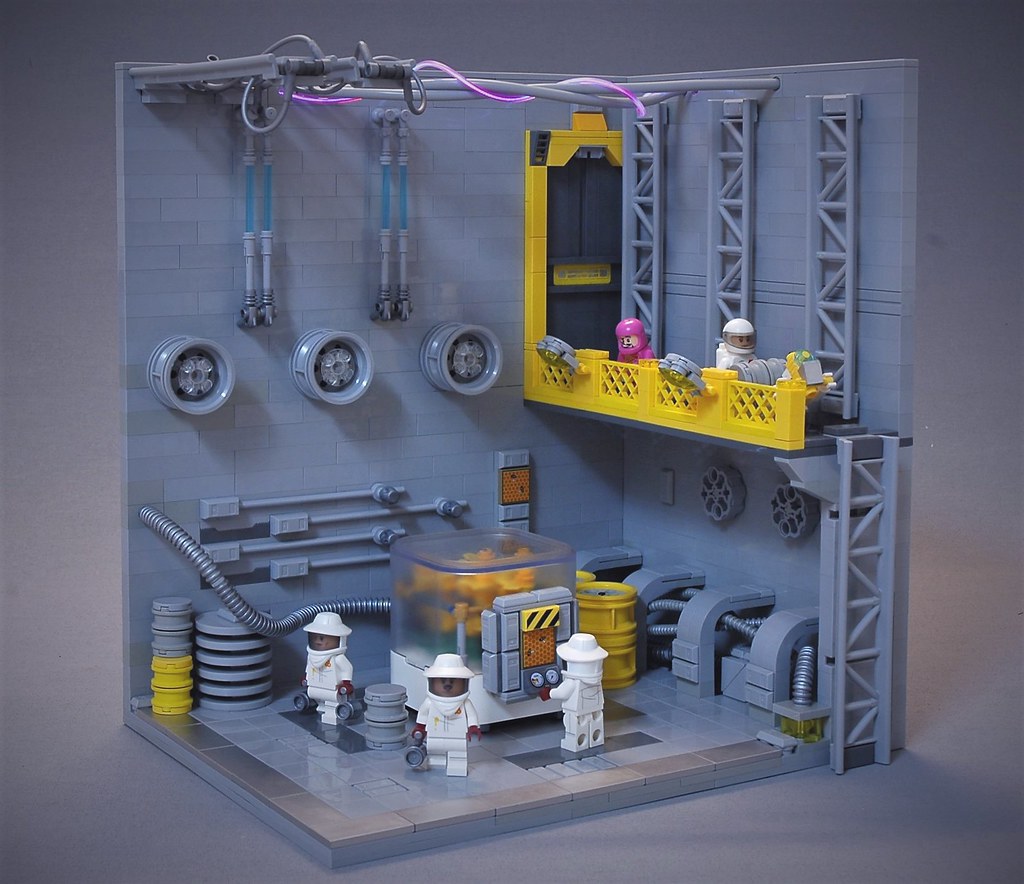 If you love LEGO flying vehicles, chances are that you may have come across the models of Maelven. His ability to switch between slick renditions of Star Wars vehicles and classic planes is beautiful. It always makes me wonder what he’s going to come out with next. His Blind Man’s Bluff Hangar is full of fine elemental compositions. The plane by itself looks great, with one wing folded up and step ladder at the ready. 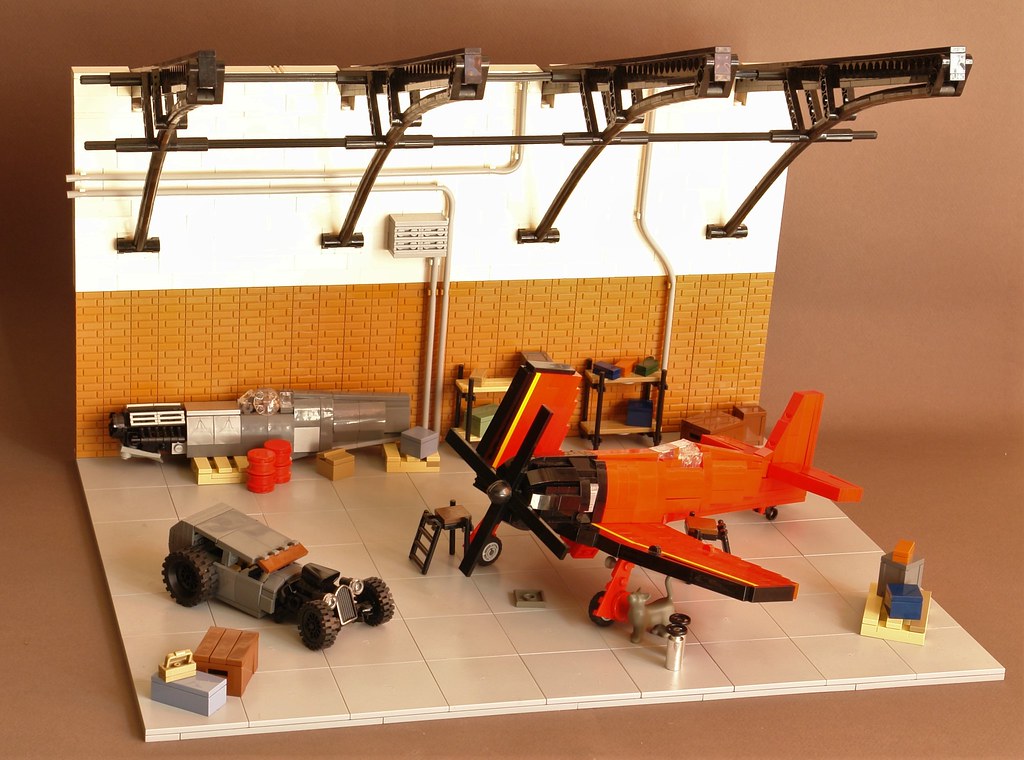 This is a new rendition of Maelven’s previous Hawler Sea Fury T.20, a LEGO plane he has been refining since 2012. Accompanying it are a host of other fine details, from his beasty Ratrod to the stripped fuselage and workshop fixtures. However, my eyes kept being drawn towards the top of this superb diorama to take in the roof trusses of this classic hanger. A seamless combination of Technic connectors, liftarms and Technic bricks achieving a specific form such as this always makes me happy. Between the truss and the rigid hose conduit, this fantastic scene is well-framed.

Fans of LEGO City will always feel something is amiss with the small airports LEGO releases as sets, thanks to the absence of full-sized hangars. That seems to have inspired James Zhan to take his LEGO City airport to new heights by constructing a minifig-scaled, full jet plane-sized hangar. Despite the sheer size, what’s truly impressive are the mundane yet often overlooked details in the construction of the folding doors that are tucked in when wide open with a simple yet almost grand motif at the top. 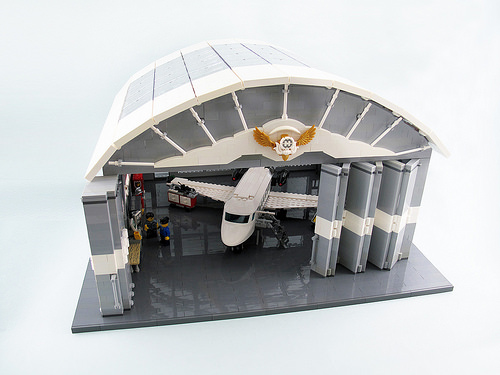 The icing on the cake and my favourite aspect of the build is the curved skylight structure that holds up well against a full windowed, panelled wall at the back of the hangar. 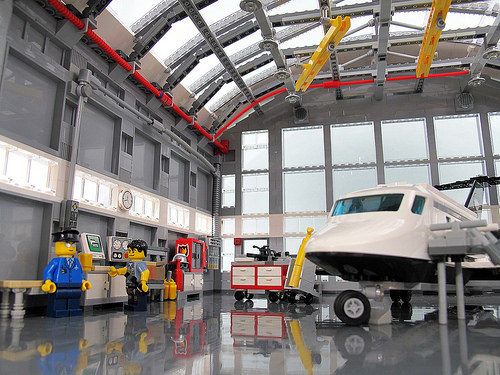 Now if we only we could get both Chi Hsinwei’s airport gates and James’s hangar together, we’d be a lot closer to an amazing, large-scaled, operational, full-service Airport! Anyone up for a runway?