To answer Librarian-Bot’s question: Yes, you are not alone. Everyone has at least one set they ogled in the LEGO catalog but never managed to get a hold of. For me it is the Hogwarts Castle (2nd edition) and the Sphinx Secret Surprise. For Librarian-Bot this is the Witch’s Windship. To fill in the gap of missing out on this specific set they recreated it. The model features a brick build dragon which strongly resembles the classic dragon from the 90’s. The witch’s windship has gotten a serious update without losing it’s original charm. Since the dragon is a bit bigger the windship can be a bit bigger too. It still looks like the dragon is able to carry it. It is nice to see the CMF shield with a bat pictured on it used to represent the classic fright knight shield. What set’s do you regret not getting? 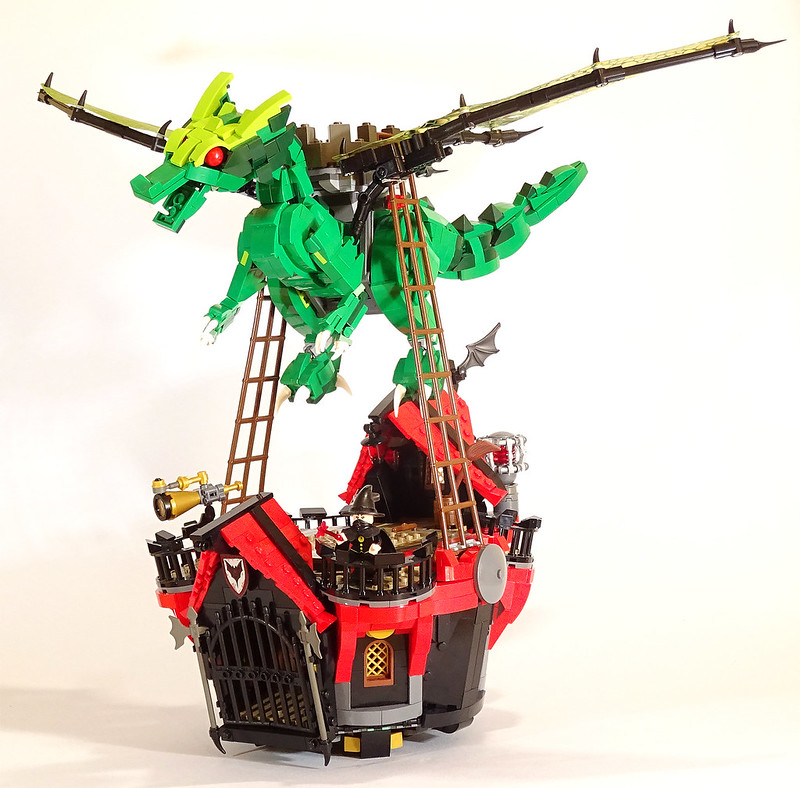 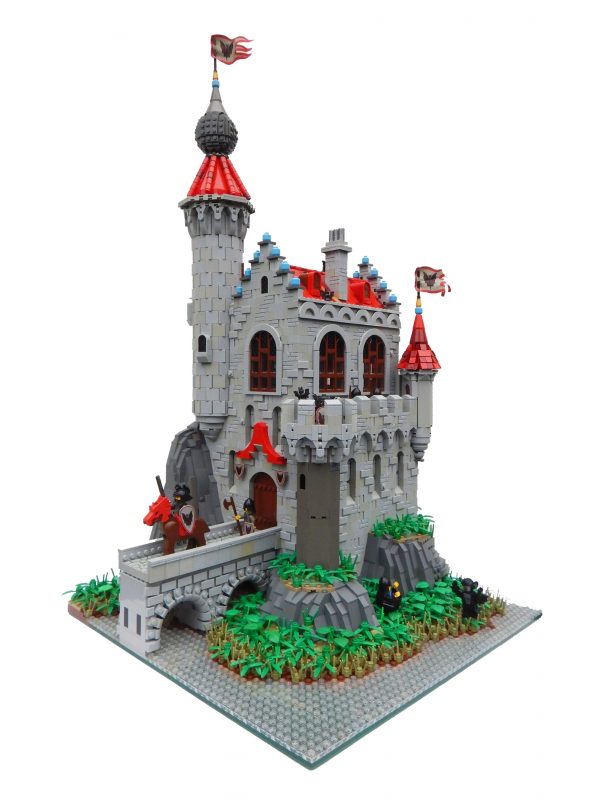 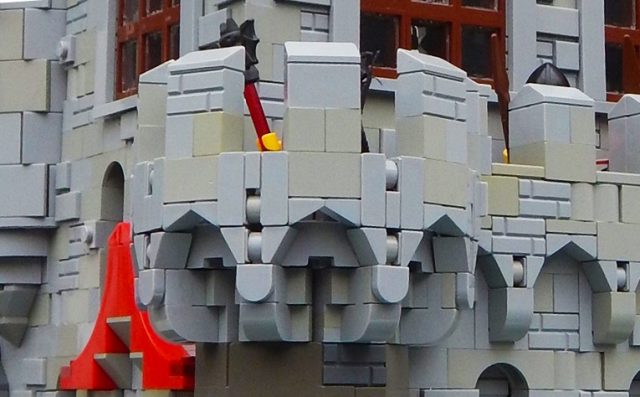