The Marvel Cinematic Universe has been pretty tightly organized, but the past couple of years have seen a lot of shuffling when it comes to movie release schedules. Case in point: the Eternals. Originally slated for a November 2020 release, it was pushed back all the way to November of this year. That bump had an interesting effect on the film’s tie-in merchandise – LEGO was ready to release four sets, and already had them listed in their December 2020 catalog. Ultimately, those sets were never made available for sale, just sitting there as one of the bigger pre-release spoilers. That is, until now. Starting October 1st, we’ll be able to add the following to our shopping carts:

We’ve already taken a deep dive into the Rise of the Domo and In Arishem’s Shadow sets, but there’s still more to cover. Come along as we take a look at all of the Eternals movie sets. Do they combine to make something greater than their (LEGO) parts? 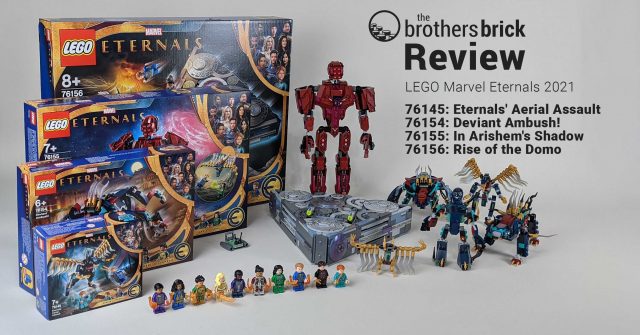 The LEGO Group provided The Brothers Brick with an early copy of these sets for review. Providing TBB with products for review guarantees neither coverage nor positive reviews.

END_OF_DOCUMENT_TOKEN_TO_BE_REPLACED

Normally when LEGO and Marvel team up to offer sets related to an upcoming film, they go to great lengths to keep things under wraps until they can arrange for a big reveal. It’s just smart marketing. Unfortunately, the past couple of years haven’t been great for plans working out as intended.

Back in December of 2020, LEGO sent out a catalog showcasing four sets based around the upcoming Eternals movie…a movie that had been slated to be in cinemas in November of that year. But, thanks to Covid, that film was shelved until November of 2021. The sets were not released, never made it onto LEGO.com, and probably just sat in a warehouse somewhere…waiting. Until now. LEGO Marvel Eternals 76155: In Arishem’s Shadow will (finally) be available October 1st for
US $59.99 | CAN $79.99 | UK £59.99. Was it worth the wait? Come along as we take a close look at this Celestial offering. 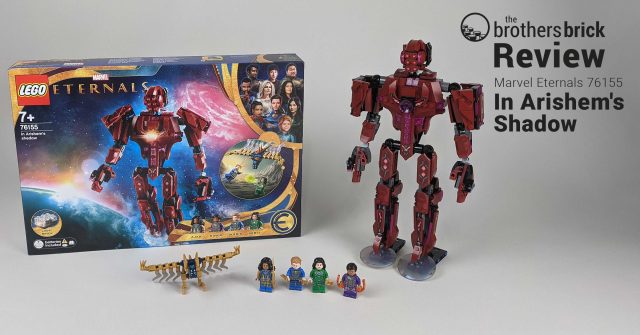 END_OF_DOCUMENT_TOKEN_TO_BE_REPLACED

Although we don’t know a lot about the plot of the upcoming Marvel Eternals movie, we do know a bit about some toy tie-ins. Back in December of 2020, four sets were revealed in the winter LEGO catalog, presumably due to the film’s original November 2020 release date. But Covid had other plans, and the Eternals movie was delayed until November of 2021. So LEGO held off on making the sets available for sale…until now, that is. LEGO Marvel Eternals 76156: Rise of the Domo will be available from the LEGO Shop Online starting October 1st for US $89.99 | CAN $119.99 | UK £89.99. This is the largest set in the wave, with 1040 pieces including six Eternals minifigures. Has this set been worth the extended wait? Read along as we look at the highs (and lows) of this capstone set in the Eternals theme. 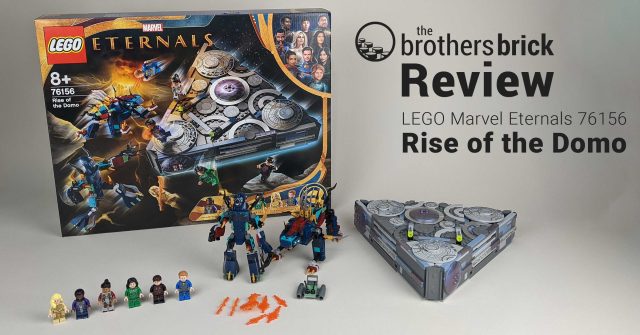 END_OF_DOCUMENT_TOKEN_TO_BE_REPLACED

Following the Marvel Studios’ Eternals final trailer, the first official product pictures of the upcoming LEGO Marvel sets appeared on Yahoo Entertainment. So far, four new sets have been shown, ranging between US $9.99 and $99.99. Although availability isn’t confirmed yet, at least we have the prices and piece count for each product. 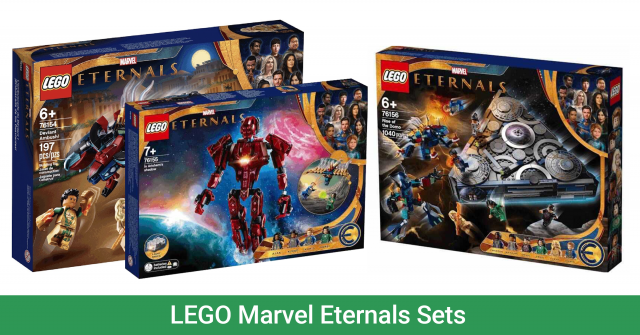