Sometimes you got to take a break from cracking rib cages and crushing skulls to stop and marvel at the beautiful miracle of life. That is the scene that Eero Okkonen has presented us today with a piece he calls “Munburr, the proud father”. With armor still on and the left side of his face covered in what might be blood or warpaint, this murderous dwarven beserker takes pride in the tender little life he had helped bring into this world. While a proud papa, Munburr, like many new dads, appears rather perplexed at the bundle of joy in his gauntlet covered arms. His expression seems to say, “If you can’t kill it and you can’t eat it, then what the heck can you do with it?” They’ll figure it out over time as the baby will likely grow up to be a murderous dwarven beserker just like his dad and they’ll go off on dwarven beserker adventures together, the cat’s in the cradle and the silver spoon and all that. Isn’t the Circle of Life grand? 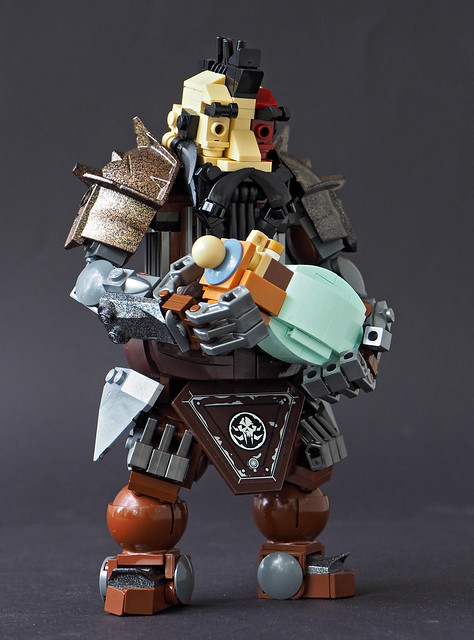 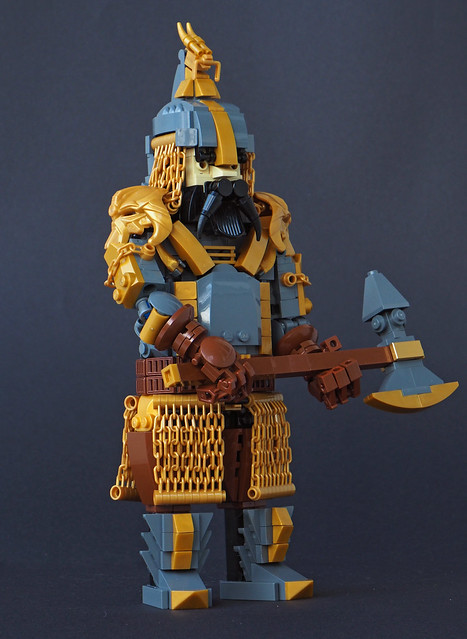