LEGO builder Chris Vesque tells us that in a very specific time of his life, before skateboarding, before hip hop, before punk rock, before geeks and fandom…just a bit past Star Wars and Classic Space, there was Krass & Bernie. He goes on to say how CARtoons Magazine and the art of George Trosley captured his imagination and his funny bone. Krass and Bernie is a comic penned by Trosley about two car customizing enthusiasts who are short on good sense but long in creativity and ingenuity. Their misadventures often culminate in something as ridiculous and over-the-top as this dragster-beetle. The beefy tires, the blown V-8 and the Beetle that seems to defy gravity are the stuff that can only exist in CARtoon dreams. I’m smitten! Whether it be the screaming hand Santa Cruz skateboarding logo or the Beastie Boys License to Ill album cover we’ve been smitten with Chris’ counterculture LEGO stuff before. 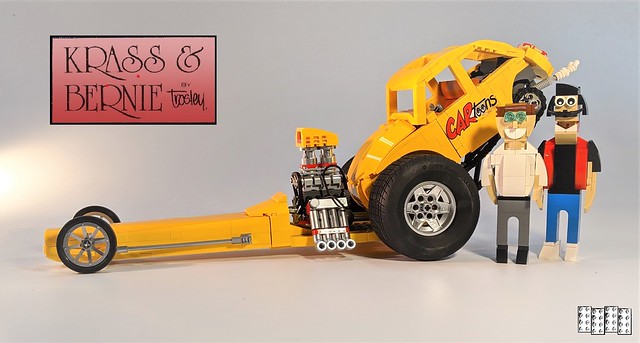 There’s nothing like taking the family and the pets on a scenic road trip. On second thought, leave them at home, there is no room for them in a Tommy Ivo dragster anyway. And if you’re soaking in the beautiful sights along the way, then boy are you doing it wrong! Ian Ying has built a LEGO version of TV Tommy’s legendary Twin Buick AA Dragster and the result is…well, legendary. The real thing has broken several world records including being the first gasoline-powered dragster to break the nine-second barrier. I’m sure this LEGO version must break a few records like…um…best use of custom chromed-out motorcycle rims or something. Whether it be the copious amounts of chrome or its aggressive stance, I’m pretty smitten with the whole kit and kaboodle. But then again, I would be. It would seem Ian is an up-and-coming builder to watch out for because here are the other times his stunning creations has made our hearts flutter. 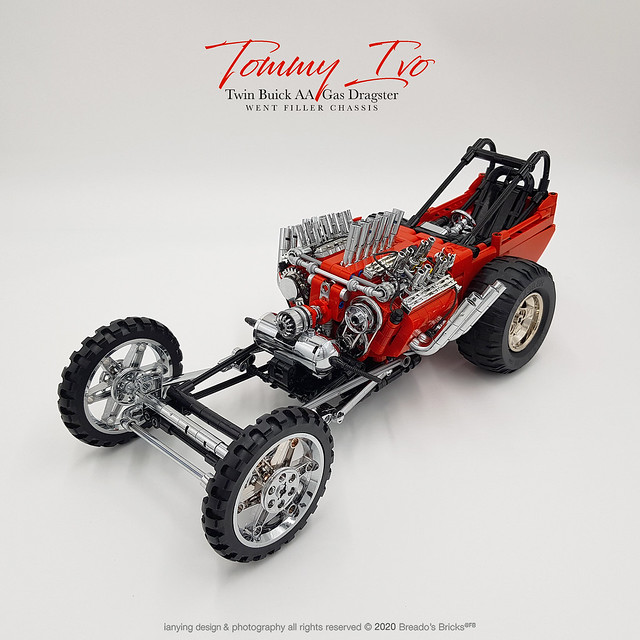