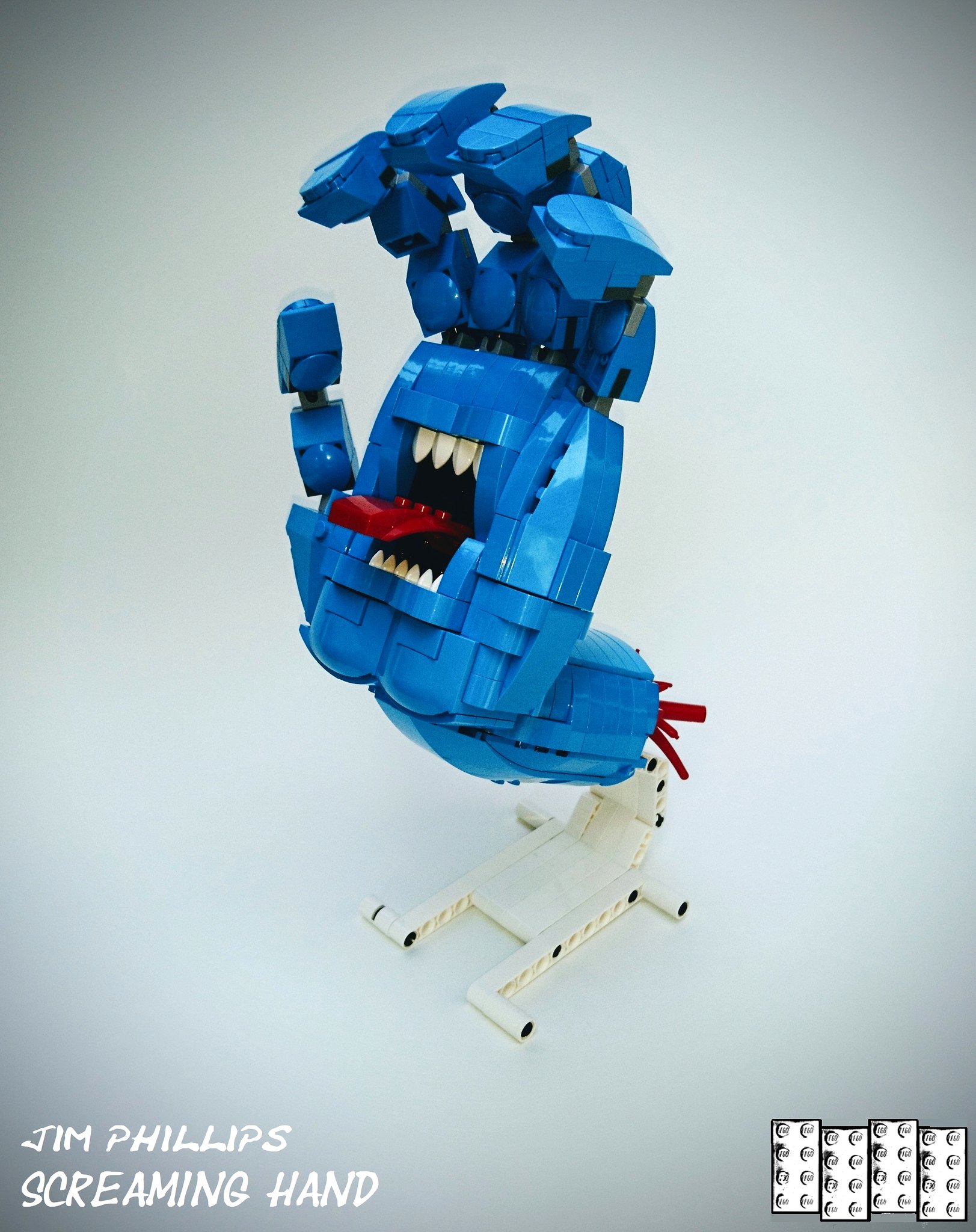 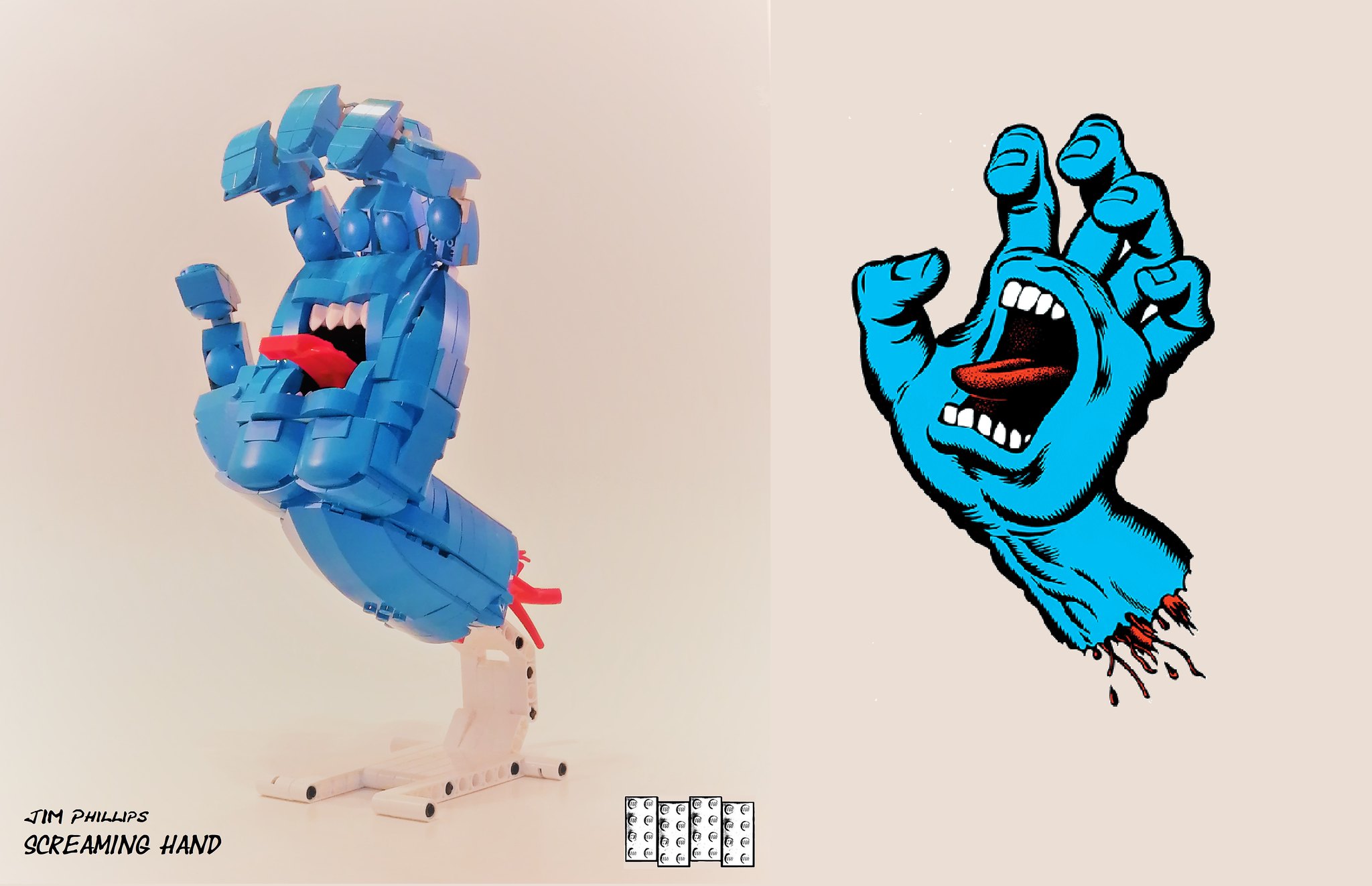 The bold mouth in the center of the palm has been well designed, including the tongue, though the sections that really get me are the lips and the base of the palm. The shaping and roundness here, due to the triple curved wedges, is brilliant and adds so much of the expression found in the original. Unlike the original illustration though, this version has some magnificent articulation, giving it the ability to pull some straight-up tubular gestures. The finger construction owes its flexibility not just to the ball joints but also to the inverted and curved slopes, giving each digit an anatomically realistic ability. 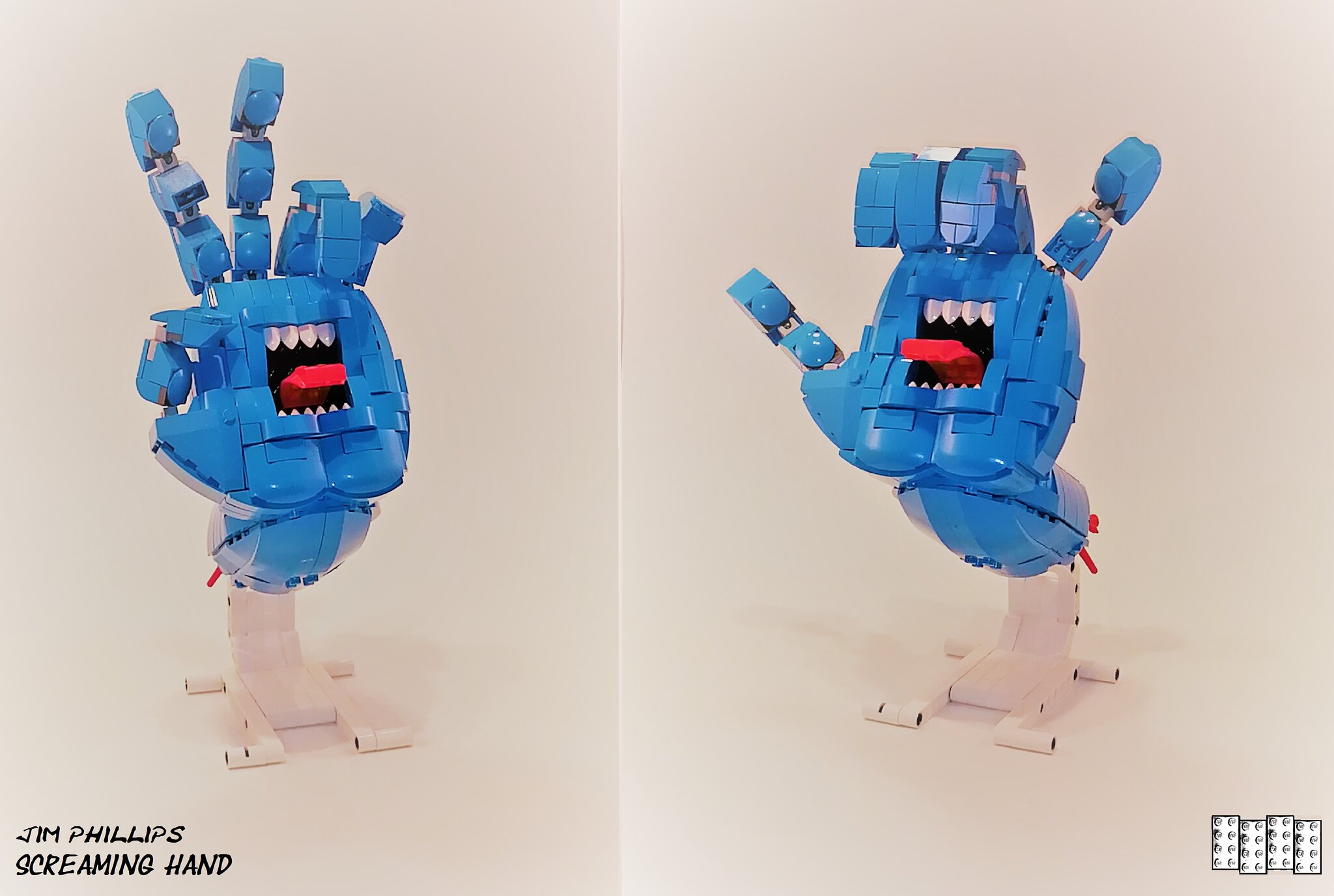 The shredded wrist keeps its true form to the original, with its blood spraying open wound. The brutality of such an image is an excellent representation of the feeling when you get when you hit the ground at speed and Brick Flag’s duplicate leaves nothing hidden. The use of red dinosaur necks and tails, as well as various horns is a tasteful design choice, giving it the raw, artery pumping feeling it deserves. 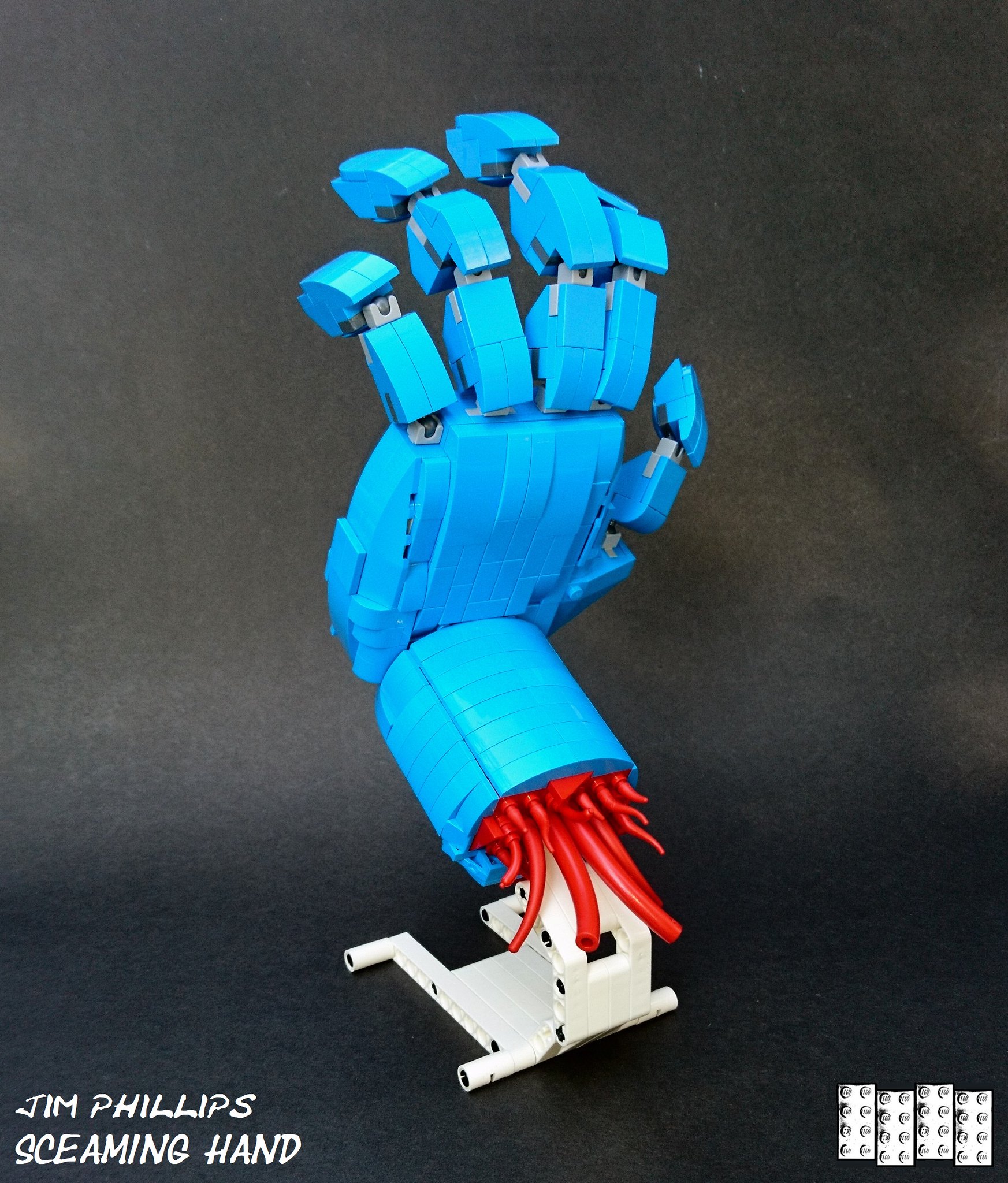 This homage to Jim Phillips and skate culture is stunning and I am personally stoked to see this achieved in such a great way. Be sure to also check out Brick Flag’s awesome tribute to the Beastie Boys: Licenced to MOC.

4 comments on “From the origins of shred”