Until discovering this Asterix-like, mono-visioned, Eynar – Fear Of the Northern Seas – who looks like the winner in a madman competition – I had never heard of the old French comic Red Corsair. Oliver Becker found himself a little inspired, creating his interpretation of the Barbe Rouge. 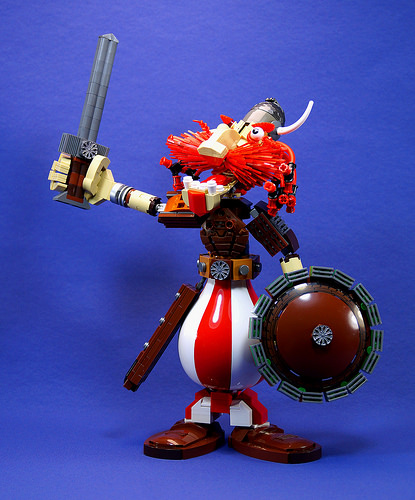 I love his huge mustache and matted dreads with the Technic bush ends. The single eye, shapely nose and impressive set of teeth make this guy look like a fearsome creature. His Obelix-esque striped pants with complimenting shield and sword are fantastic. This one-eyed warrior certainly looks like the wrong guy to be charging towards in a fierce battle.

While I still actively buy and play with LEGO, Spy vs. Spy remains a part of my childhood exclusively. Due to import charges and weak local currencies I could never afford to buy Mad magazine, but the hours I spent hiding from store employees while I read Spy vs. Spy are etched into my memory. Andreas Weissenburg does the characters justice in this vignette. I don’t know what I love more, the little tank being driven by the white spy, or the fact that the black spy is wielding a brick separator! My money is on the black spy… 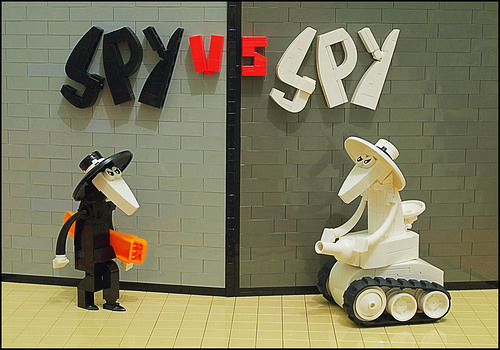 Unless you’ve been living under a rock this week – or just aren’t that interested in the Marvel superhero universe – you’ll no doubt have witnessed all the unnecessary media drama over the shocking plot twist revealed in the latest Captain America comic book series. Even though it’s common knowledge at this point, I won’t even repeat it here, seeing how spoiler sensitive we’ve all become!

But I will report that builder Taylor Walker claims he had absolutely no foreknowledge of this news when he originally built this rather impressive (and strangely modified) life-size version of Captain America’s iconic shield. Courtesy of Flickr user Sir Glub, here is Taylor’s shield on display recently at BrickCan 2016 in Vancouver, alongside the LEGO Mjolnir that he co-built with his brother Brandon: 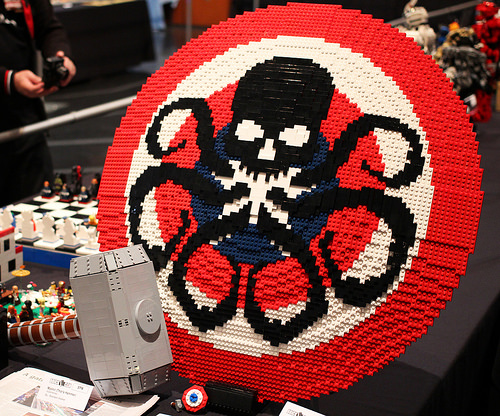 And here is a closer look at that amazing pattern work, from the builder himself: 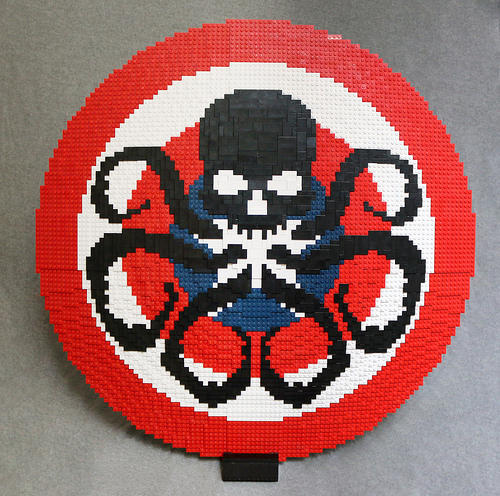