Look at that little star! They’re so adorable when they’re that age, aren’t they? Esteemed LEGO builder Koen Zwanburg tells us that this little star enjoys playing with planets. Don’t we all? Gosh they start off as a cute little gas cloud then before you know it they’re expanding into a Red Giant consuming the planets around it into a fiery hellish doom, then they implode in on themselves into a cold White Dwarf or whatever. But that’s like…a long time from now. We’ll have plenty of time to admire its cuteness before we are all vaporized into oblivion. In the meantime, check out why we’re so intrigued by this builder’s stuff. 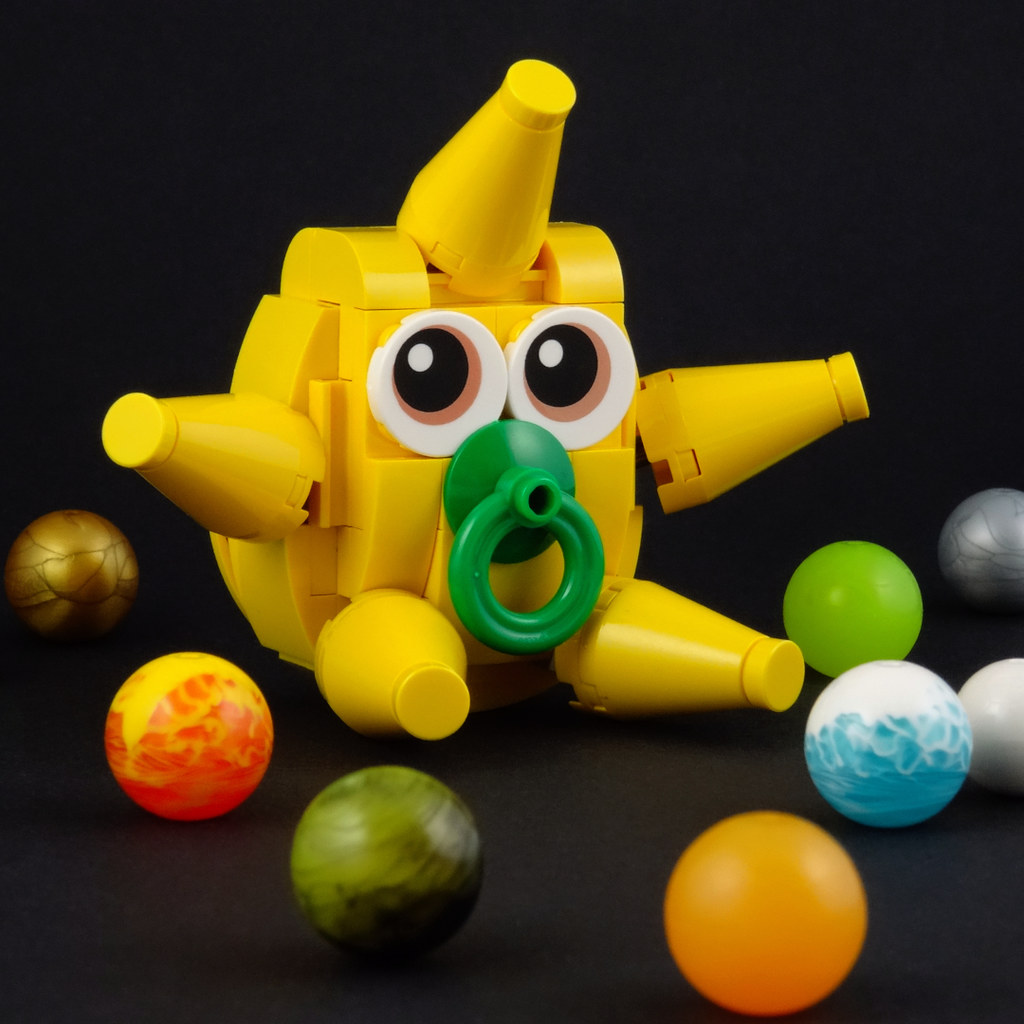 This was built for a great cause called Build to Give. Click the little blue link to see what its all about and maybe build your own star to help out.