When it comes to the Discworld universe, I know very little. But when it comes to recognizing clever parts usage on a rad LEGO creation, I’m all over it. Eero Okkonen’s recent tribute to the “Senior Wrangler” instantly reminded me of a similar build we covered a while back. At that time, it was the Archchancellor of the Unseen University, Mustrum Ridcully. What I love most about this chubby fellow is his excellent beard. What better alternative use for a white shin-guard than a beard? I also admire the use of chrome exhaust pipe elements on his jacket/rope. 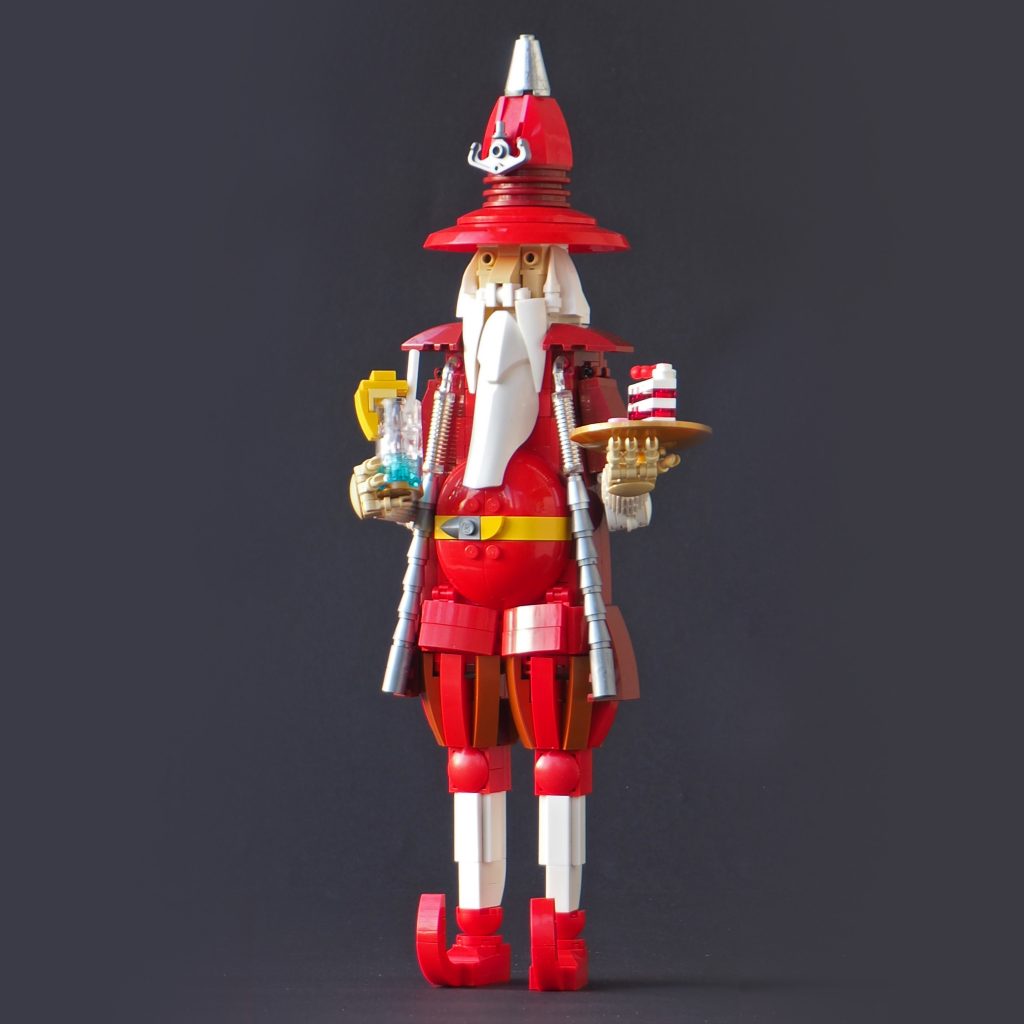 Builds like this are Eero’s specialty. While you’re here, take a look at all of the magnificent characters we’ve featured!

We recently noted in an article about RADIANT EXERT IV by Eero Okkonen how quickly the builder is producing his human figures, but then he comes back with a double-whammy and shares another one, but with a much longer beard. And beards make everything better. Just to emphasise how fast Eero actually is, you can check some dates of when his latest creations were photographed! And if that wasn’t enough, the builder reveals at the end of his personal blog post that he still has six more figures waiting to be uploaded! 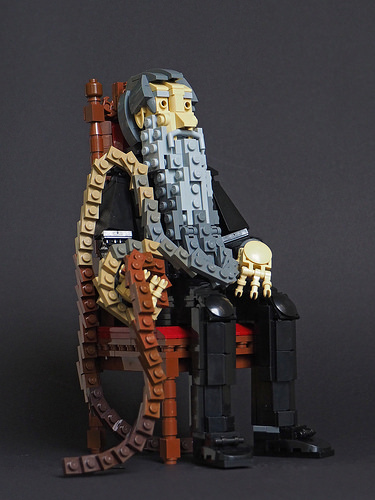 But if we focus on his build instead of how Eero is a LEGO building cyborg monster who never sleeps, we can see quite the figure of Hans Langseth, the record-holder for the longest beard in history. The scale really opens up many possibilities for details, like cheek-bones made out of 1×1 round plates and a handlebar moustache made out of… handlebars! The beard is a simple technique of stacking 1×2 plates on one another on one stud only, forming a chain that pivots on these individual connections, forming a rugged and easily formable shape. All this is put into a more real environment with the ornate chair Hans is sitting on.

We complete today’s Orange Trilogy with this many-scaled celebration of the self by the builder mentioned in the title, Madrid’s own Jose Carlos Fernandez (Lego-Man-at-arms). One thing is for certain; to deny the power of the maxi-figs beard would be perilous. 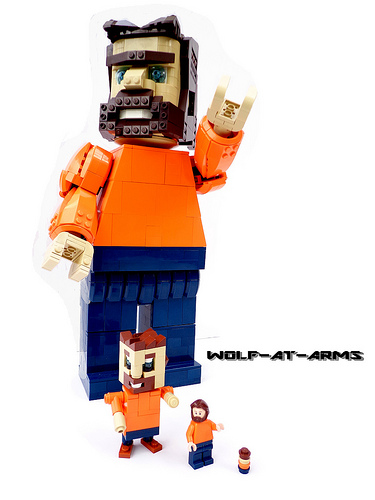 Jose also likes to draw a comic from time to time and I found this one to be all too familiar. 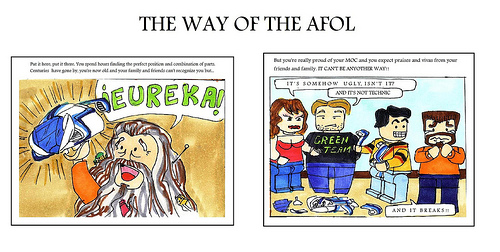