LEGO builder and The Brothers Brick alumn Benjamin Stenlund acquired some chickens recently. This inspired him to build The Bad Egg, a plucky pirate ship inhabited entirely by chickens. As Ben tells it, here we see Captain Cockerel and his bloodthirsty buck-buckaneers prowl the seas in search of gold. Golden corn, that is. The plume of tail feathers at the aft of the ship is a brilliant touch and the chicken masthead is also quite funny, but I like that one of the crow’s nests is an actual nest. Ben tells us he enjoys watching the real-life chickens roam the yard and do their thing, which is mostly eating and pooping. It’s about as productive as some humans get, truth be told. 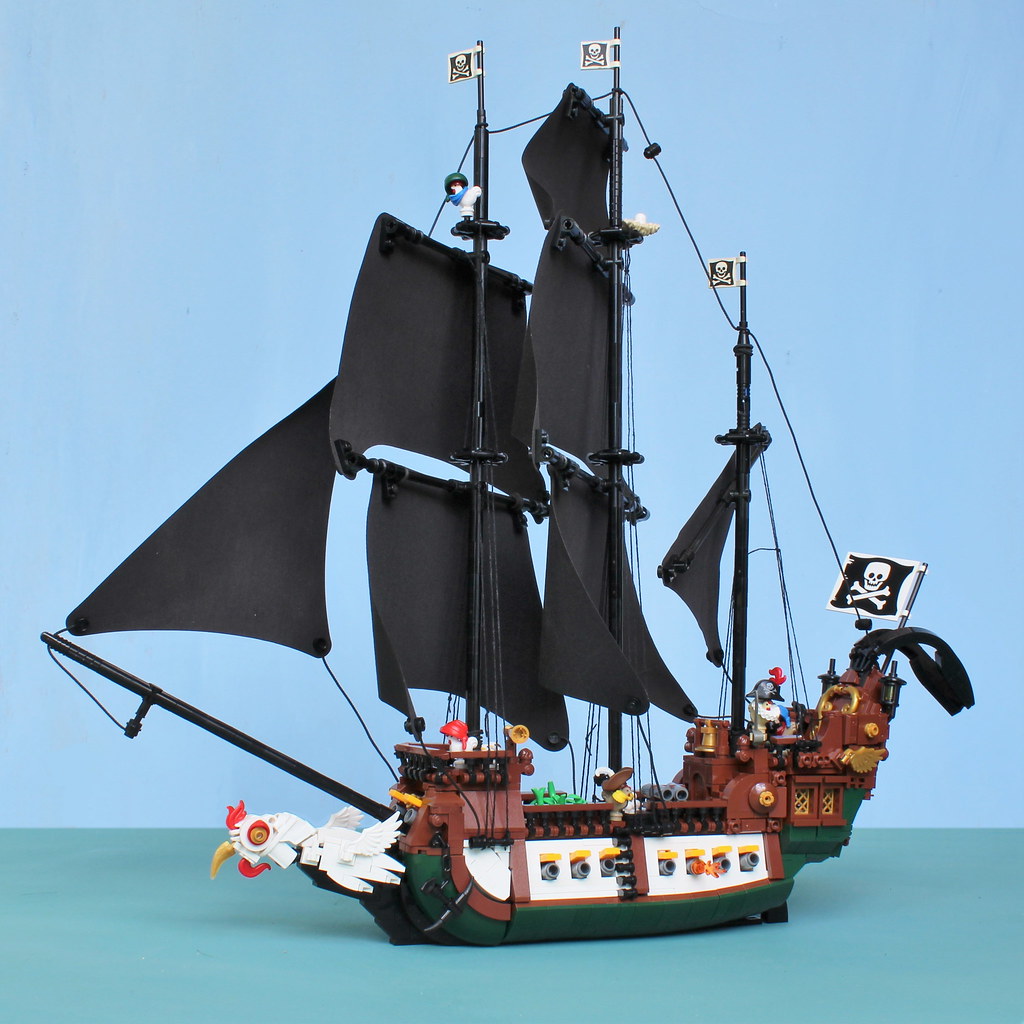 It’s always great to check in on how an old friend is doing. Have a gander at our archives to see why we think Benjamin Stenlund is still the cock of the walk around here.