I used to think I was the only one who did this; you look at a Star Wars vehicle and imagine its Earthly counterpart. For example, the Millenium Falcon could be a Ford Falcon, Obi-Wan’s Jedi Starfighter could be a Jedi Starliner and Darth Vader’s TIE-Fighter could be a bitchin’ 70’s era Econoline with shag carpeting, beef jerky dispenser, lava lamps and a Boris Valejo space-wizard airbrushed on the side. Right? Well, it worked better before I put it to writing. Anyway, LEGO car guru and real-life car guru Peter Blackert clearly thinks of this stuff too as evidenced by this terrestrial 1939 Buick Y-Job concept made into Luke’s Landspeeder. There aren’t a lot of these lying around so I had to Google the vehicle but once I did, I can see how Peter saw the retro-futuristic shape of the Landspeeder. This computer render, in my opinion, perfectly melds the swooping curves of both designs. 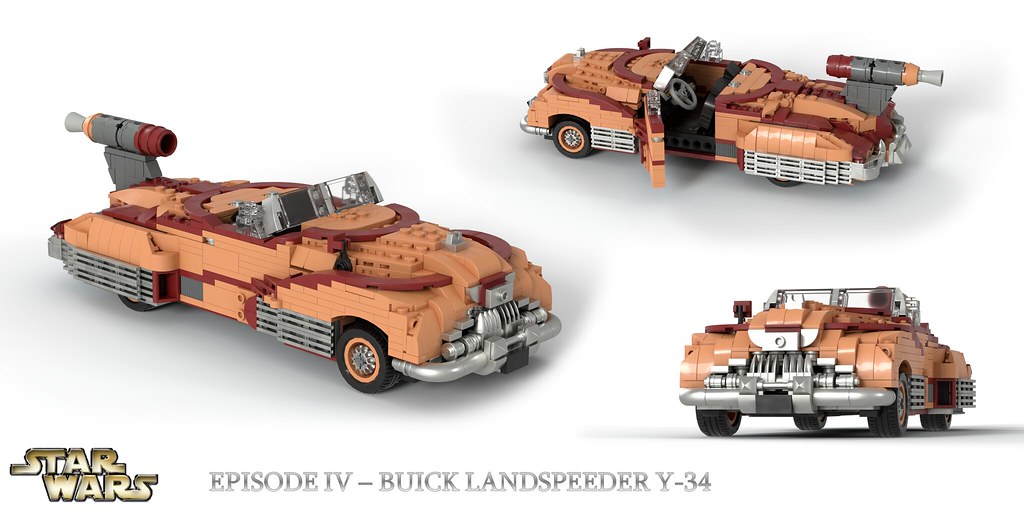 Doing this sort of thing is a fun and imaginative exercise but if you prefer to keep your Landspeeder designs true to the movie, then try your hand at building the official UCS Luke’s Landspeeder LEGO set that has come out recently. Installing a beef jerky dispenser in the dash would only sweeten the deal.