Xenomorphs from the Alien franchise are cool and terrifying at the same time, and this LEGO sculpt by Grantmasters is no exception! Based on the collector’s edition of the Alien: Weyland-Yutani Report, an informational book on the franchise, there’s so much detail packed into this low relief sculpt. Those slopes making up the brunt of the face look like they were made for rendering a Xenomorph, but the build really shines with the greebling on the sides of the face. Hinged cylinder links frame the face and connect to each other with a rope element across the top of the head. The Corners of the mouth feature many elements, such as minifigure arms and hands as well as some skeleton legs. The weapons orbiting the Xenomorph stand in for tendril designs. However, I think they’re present to guard the Xenomorph so it doesn’t leap out at the unsuspecting. 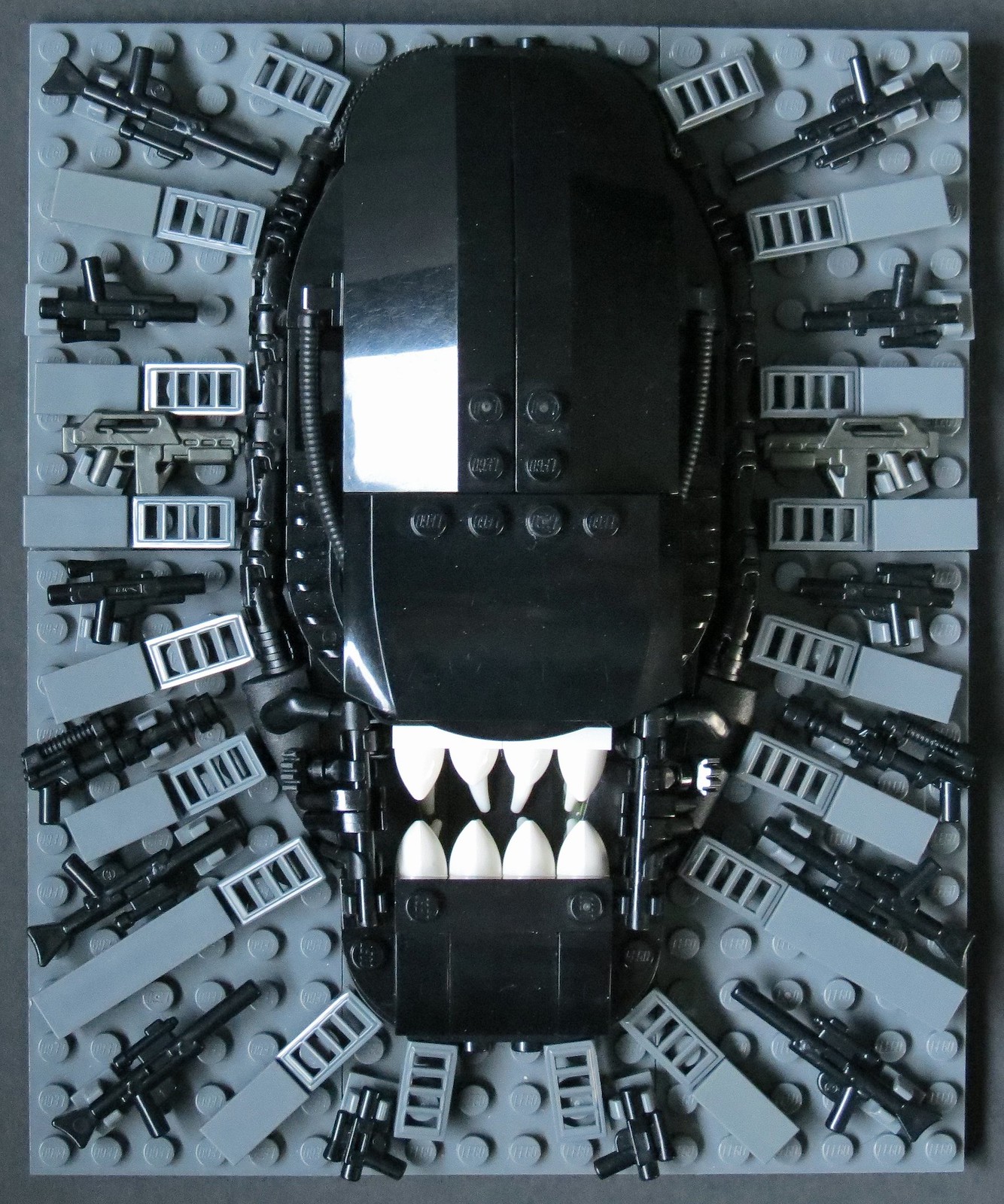