Two peers, brothers in spirit, pitched against each other above the flowing, roiling lava of a devastated planet. This climactic battle is full of intense moments between these iconic characters, such as the one captured here in diorama form by TheCreatorr. Moments before Obi-wan defeats Anakin, they balanced atop shielded platforms and hovering droids battling for their fates. The lava swelling below them is brilliantly built with various gradients while black patches of burnt materials rise to the top. 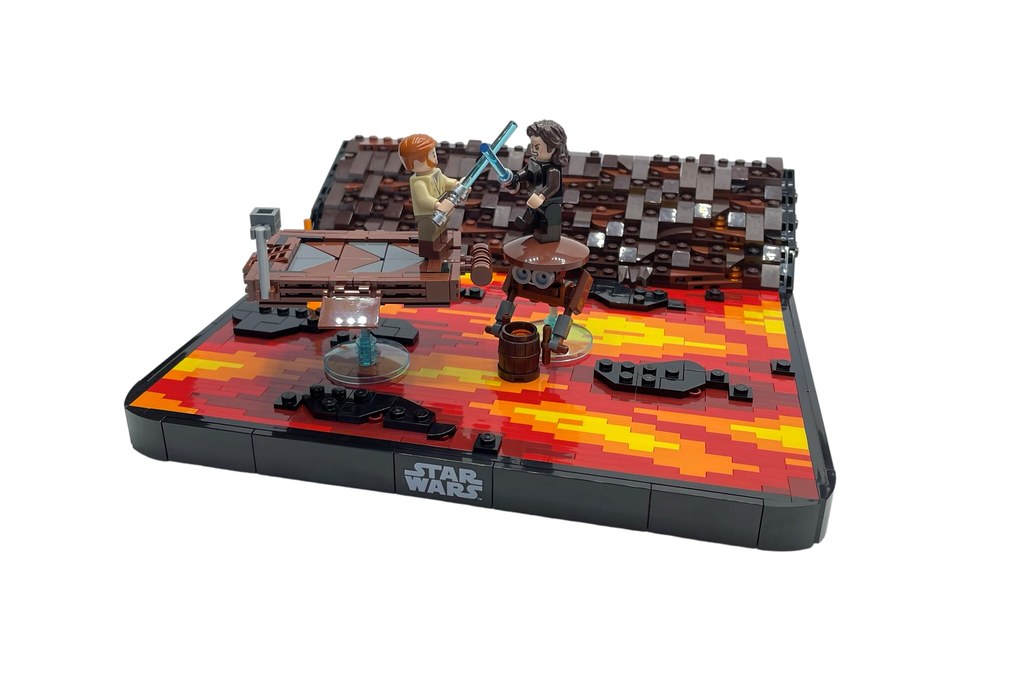 In another view of the scene, TheCreatorr shows a view into Anakin’s future as the duo battles above the pyroclastic flow. While smoke rises from the bank of the lava river, flames flare around Anakin’s mutilated form as he slips too close to the fiery stream. This scene would make for a great display on its own, serving well to show off the sideways building technique that the builder used in the lava. The effort the builder put into matching the movie versions of the props really pays off though. Book covers are the oddest parts used in the scene but they work perfectly for the feel of the platform. 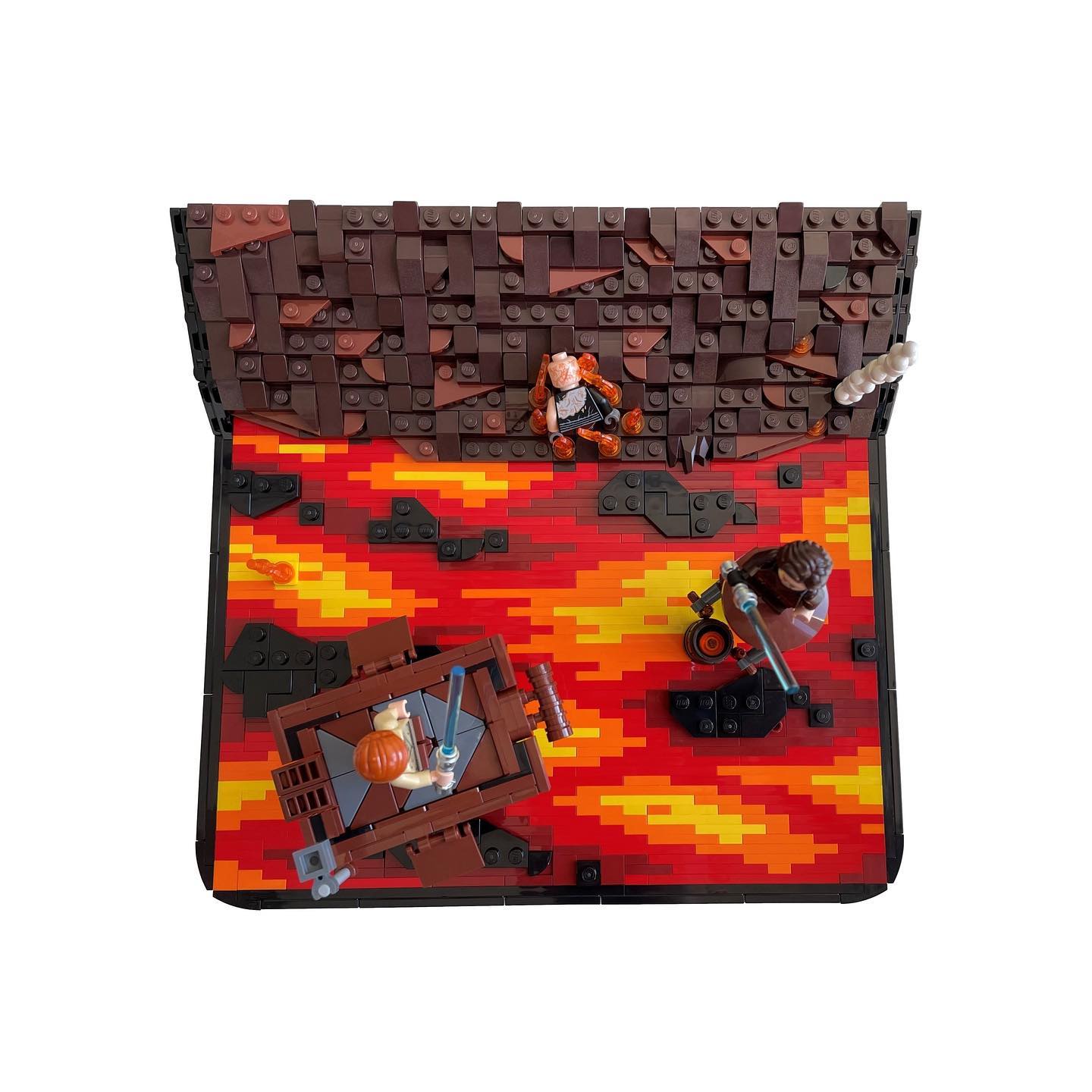