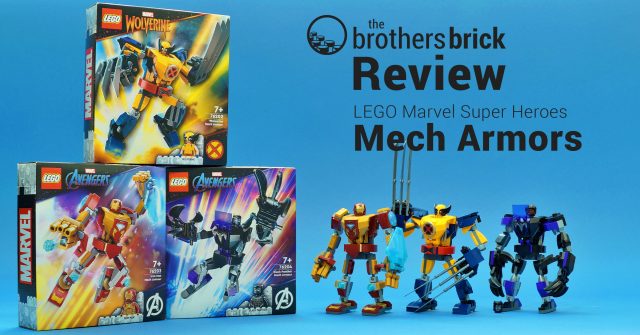 All three sets come in a square “thumb punch” style box. An image of the mech armor in action dominates most of the front image, while the included minifigure gets profiled down at the bottom, next to their team’s respective logo. 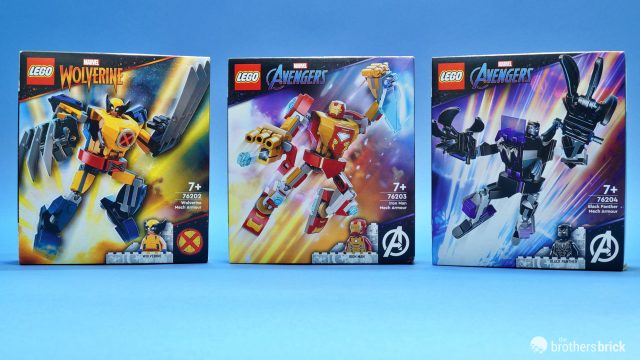 The back of the boxes show images of the mechs at a standstill as the pilot figure shows off their included accessories (rounded energy waves for Tony, claws for Logan and T’Challa). 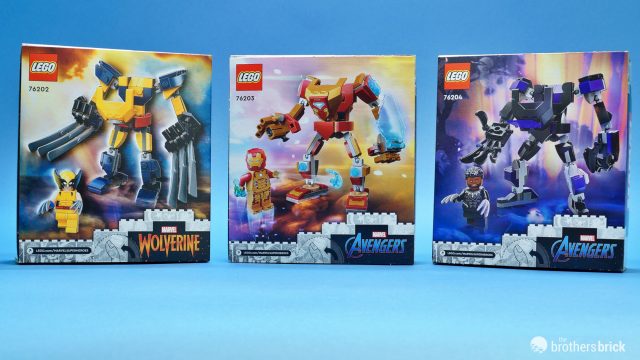 Each set comes with an instruction manual and two or three bags of instructions. Iron Man’s set also includes a small sheet of decals. 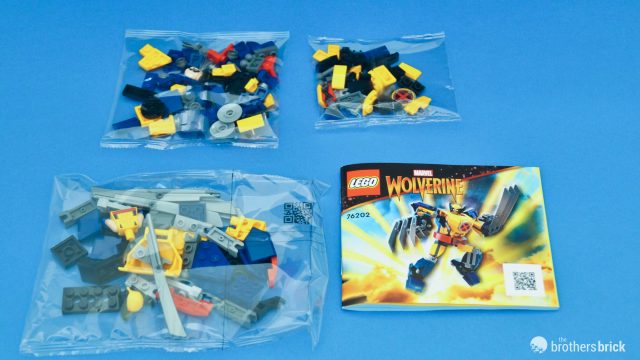 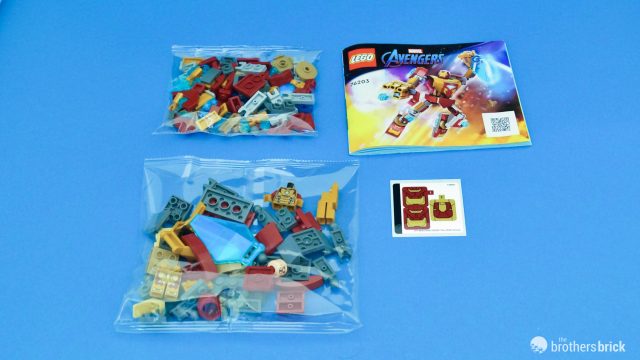 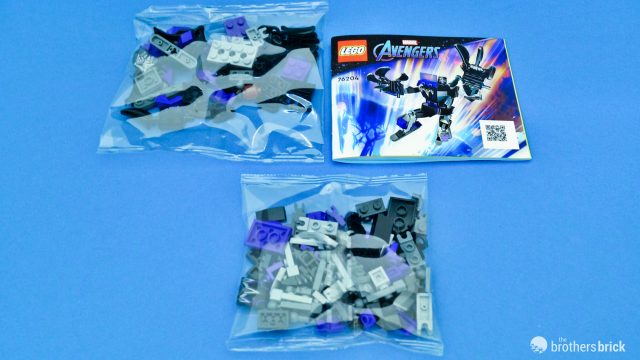 The builds on these are very straightforward, and they’ll feel familiar to you if you’ve picked any of the other Marvel mech sets. Mixel joints are the order of the day here, bulked out with small rounded slopes and ingots to create articulated arms and legs. They might make a nice challenge for younger builders, but more experienced collectors will have them done in no time, so let’s skip straight to the full builds.

The final models basically transform your minifigure into a more fully articulated action figure, each sporting some character-specific gimmicks. 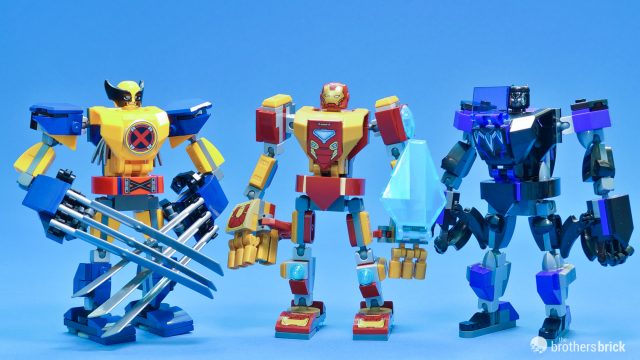 Wolverine’s mech sports the classic X-Men blue and yellow color scheme. (Or, more accurately, blue and bright light orange.) The mech has a red “belt” at the waist with a printed “X” design on a 1×2 tile as its buckle. There’s also a round 2×2 tile with an “X” on the center of the bright light orange mech chest. These printed tiles are all pieces unique to this set. And, of course, the mech is wielding Logan’s trademark claws, three jutting from the knuckles on each hand. The claws are comically out of scale with the mech, and they make it impossible for the arms to hang down fully at the mech’s sides. Part of me thinks that a smaller blade, like minifigure katanas, would have been more suitable here. But another part of me thinks the excess and overkill is part of the fun. 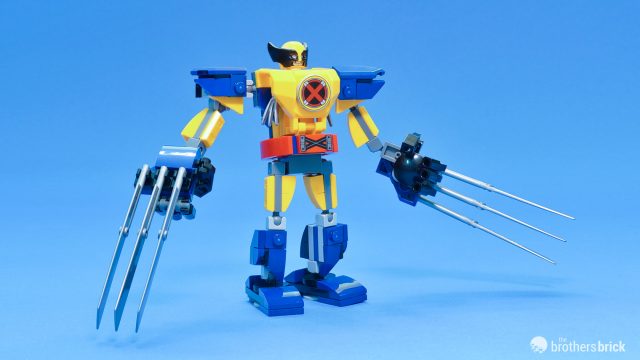 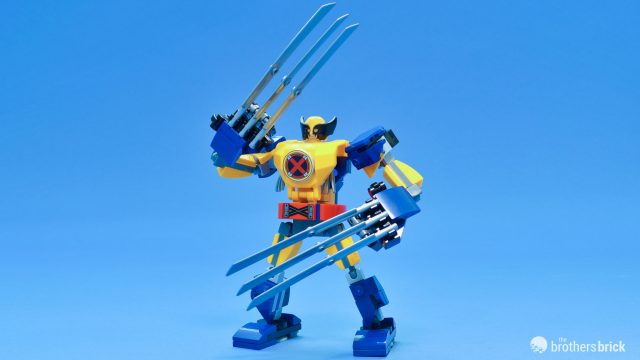 Iron Man’s Mech is, of course, largely dark red and gold. There’s a printed pentagonal tile on his chest with an arc reactor design that is unique to this set. But otherwise, all these pieces are relatively common. A gold stud shooter is built into the palm of his right hand, and the left hand has an energy shield built onto the back of it. The included stickers decorate his feet and the back of his right hand. 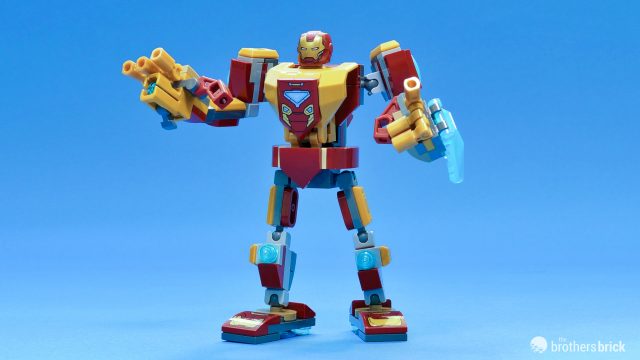 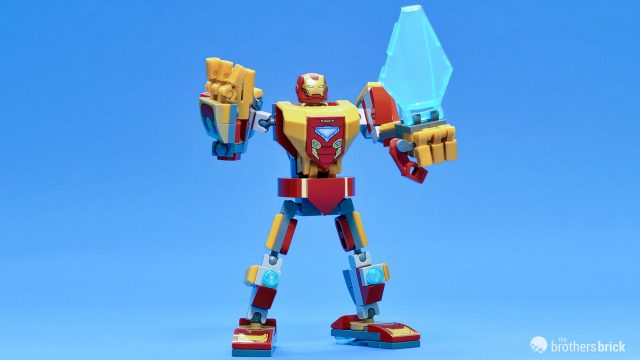 The Black Panther Mech might is the one I find to be most satisfying overall. It’s also the one least loaded with gimmicks. (Coincidence? Probably not.) There’s a transparent purple face shield that rises up from behind the unique printed slope on the chest, but it’s easily removed by even novice LEGO fans. There are four movable claws acting as fingers on each hand. They’re giant, to be sure, but not so large that they inhibit any posing, like on Wolverine. Most of the mech is black with a few pops of purple here and there. 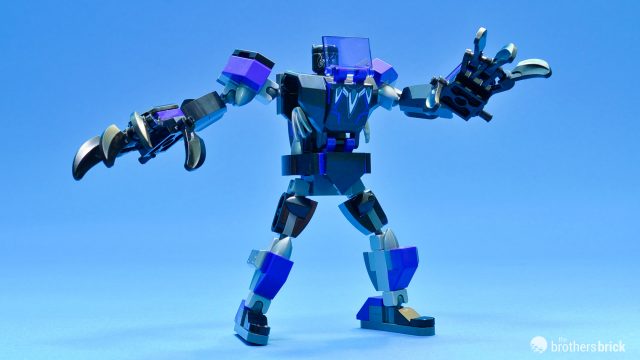 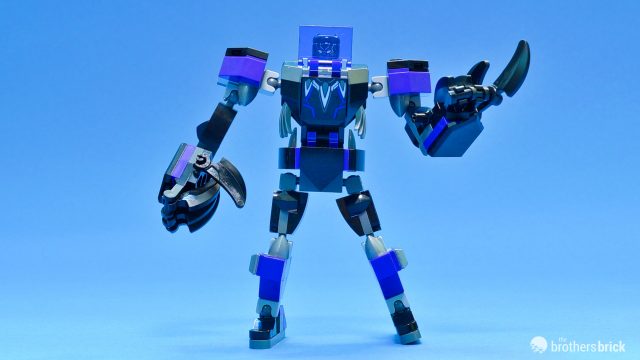 You may recall that these sets were originally slated for release in January, but LEGO postponed their release and the reason is now apparent. All three mechs feature a rare-for-LEGO variation between the final model and the box/promo images, as LEGO appears to have done some last-minute design updates. All three mechs are shown on the box with hips attached via a bar with a tow ball end stuck inside a lamp holder plate. But on the final models, the hips are attached via the ball on offset 1×2 plates. 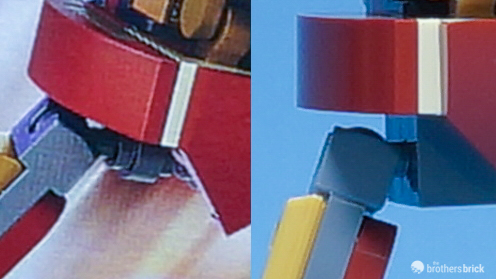 This offset 1×2 plate system mirrors the hips on the 76219 Spider-Man & Green Goblin Mech Battle. In fact, if you’re looking to give Spider-Man some help against the Goblin, all five of the mechs look pretty good together. 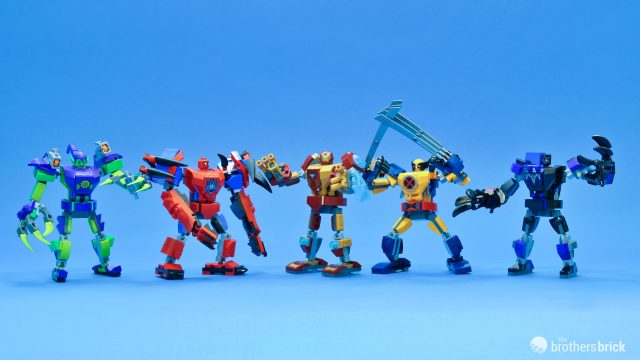 Each of these sets comes with a minifigure sporting a double-printed torso that is new to this set. It’s these elements that are going to make these sets most attractive to adult collectors. 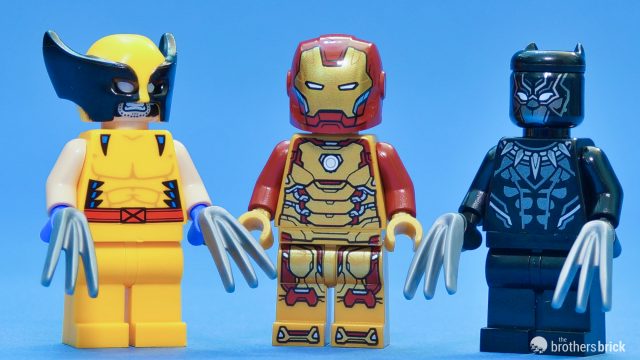 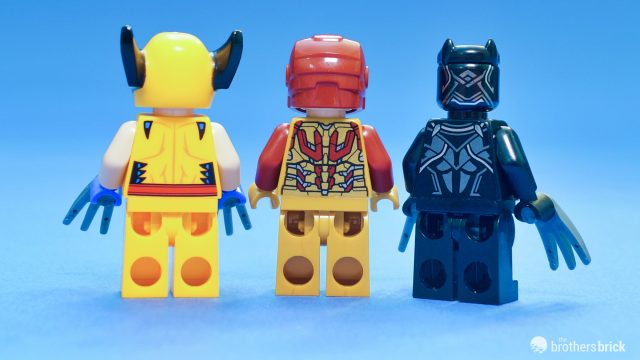 Wolverine’s striped torso and mask pairing resembles the costume he was wearing when he joined the X-Men in the mid-70s. But his unprinted bright light orange legs do tend to wash out the costume overall. I wish he’d at least come with blue hips, if not printed legs, to give the costume a little more variety of color. Still, that’s an easy mod for most LEGO collectors. 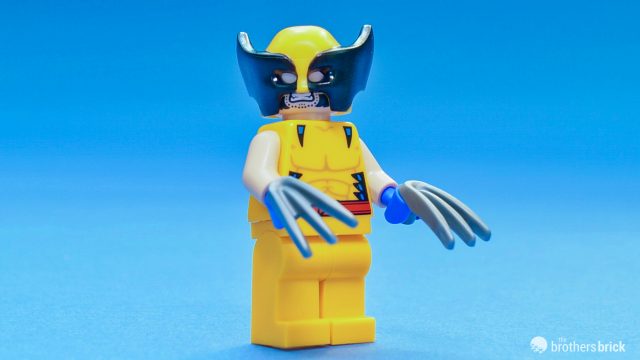 Iron Man, on the other hand, has plenty of printing. His legs and torso are mostly gold, with dark red arms and a printed dark red mask. The head underneath is the common Tony Stark one that you’ve probably got a dozen of by now. Tony on one side, Tony’s face covered in targeting computer readouts on the other. But, as this figure doesn’t come with hair, or a mask that can flip up, it leaves you with no real options for displaying either print. 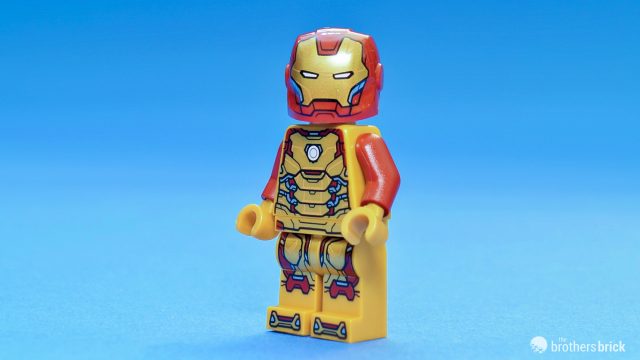 Black Panther is the most satisfying of the three figures. His torso and mask are printed on both sides, and he comes with the usual “ears” halo attachment. But, what’s more, he comes with a T’Challa head and hair piece, so he can be displayed entirely maskless. This hairpiece has so far only appeared on a T’Challa CMF and in one of the larger current Harry Potter sets, so this Mech Armor set makes for an affordable and easy way to get your hands on one without searching blind bags. 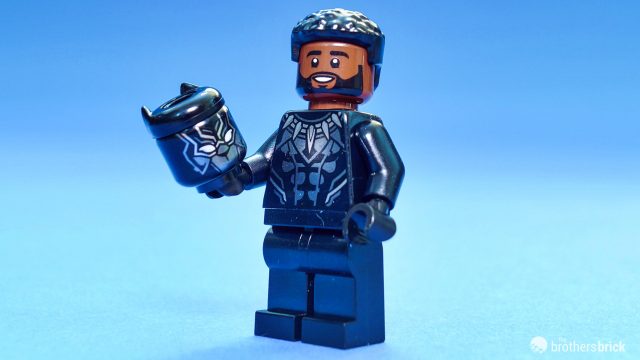 These sets are definitely geared towards younger LEGO fans. With that in mind, I think they’re a solid value. Being able to grab a minifigure of your favorite hero with just the money from Grandma’s birthday card should always be an option. And kids will probably dig the over-the-top mech gimmicks in a way adult fans wouldn’t appreciate. That said, the unique minifigures might have kids and adults racing each other for the last one on the shelf.