Were it not for the sirens and lights on the roof, I would have assumed this LEGO Ford Econoline van by Isaac Wilder was just a regular van with a cool stripe on it (you know, for speed). In fact, this is a model of a conversion from van to ambulance (Vanbulance?), dubbed the Collins Crusader or, more affectionately, the ‘Boo Boo Bus’ – which is a name I will start using more often now I’ve heard it! 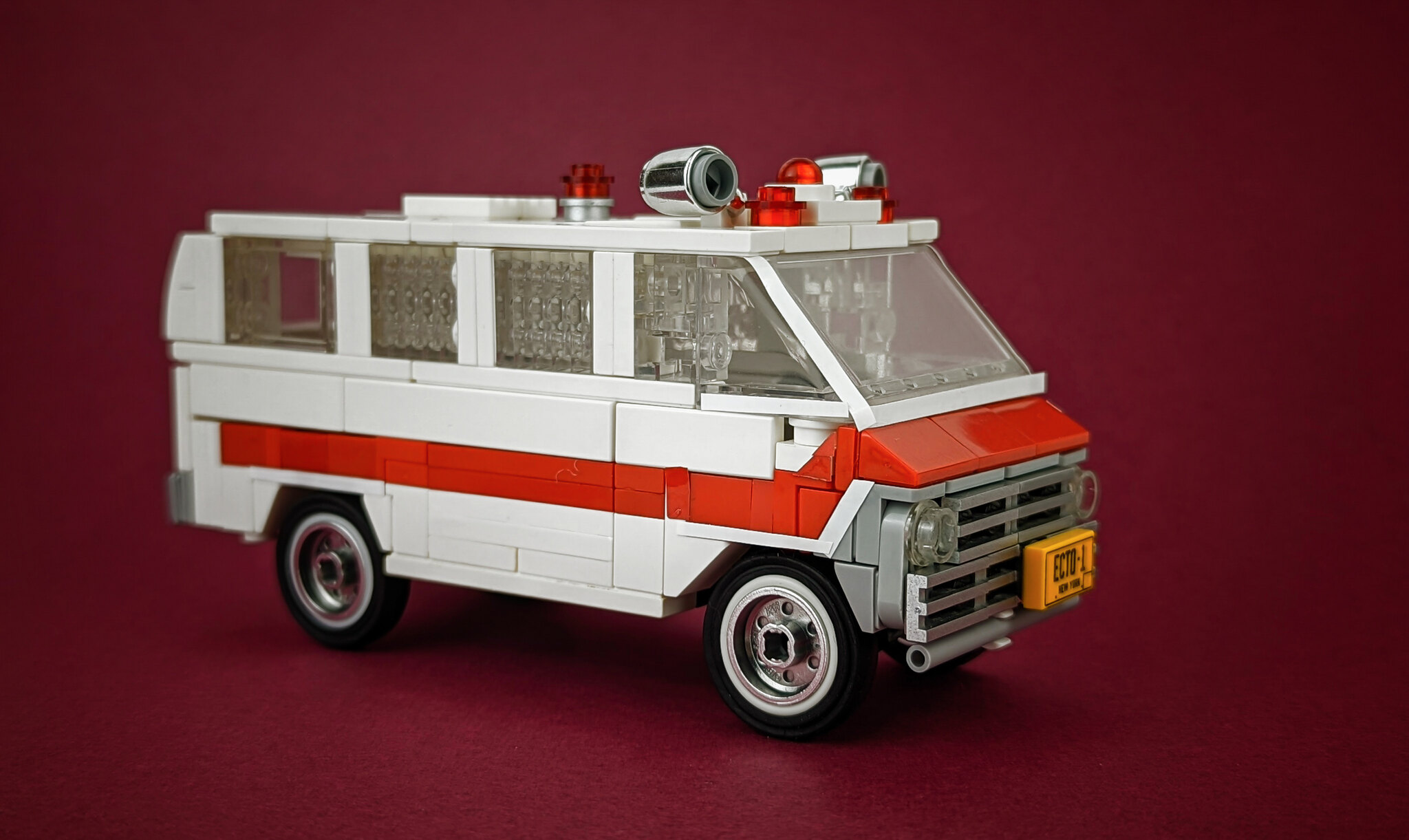 Isaac is no stranger when it comes to the superb shaping of vehicles, and while one would think a van’s boxy shape would lend itself easily to a rendition in LEGO bricks, the various pieces pointing in different directions here show it can be deceptively complex. So much so that a few cut decals have been used to pull off some of the more minute details such as the red stripe and A-pillars. There’s no doubt that the effect is well worth the effort though!

This is not the first 1972 Econoline he’s built, either – the first one having been modified from a LEGO Avengers set. It’s always nice to see builders revisit their previous models, especially when the result is this good!