Every day the team at The Brothers Brick showcases the best models put together by the global community of creative LEGO builders. However, amongst the thousands of talented builders around the world, there are always a few whose work offers inspiration to the rest of us — displaying mastery of technique and creativity across a variety of building styles.

The Brothers Brick is delighted to name Markus Rollbühler as our LEGO Builder of the Year 2021. 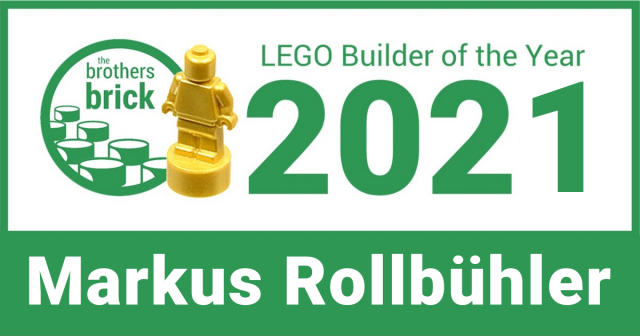 The Brothers Brick has been featuring Markus’ creations since 2018. For several years already, Markus has been raising the bar higher and higher — across all LEGO genres, techniques, and styles imaginable. And it’s not just the quality, but also consistency. In 2021 Markus shared so many unique creations, it’s hard to believe one person can be this creative and this productive throughout the year. 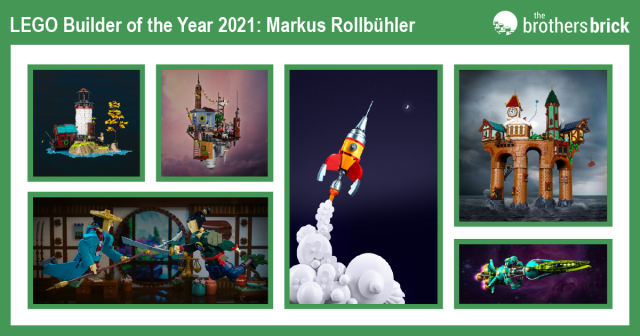 While Markus is a full-time LEGO product designer, his plethora of builds is made during his free time as a hobby, interacting and collaborating with his fellow builders, as in his core, he is still a LEGO fan and builder. The influence he has on the community is hard to overestimate; last year, it was his 71741 Ninjago City Gardens set that provoked thousands of creators to return to the Ninjago City and explore even more corners of the fascinating location. No wonder, his hobby creation are equally scenic, whether it’s a remote lighthouse or floating outpost. 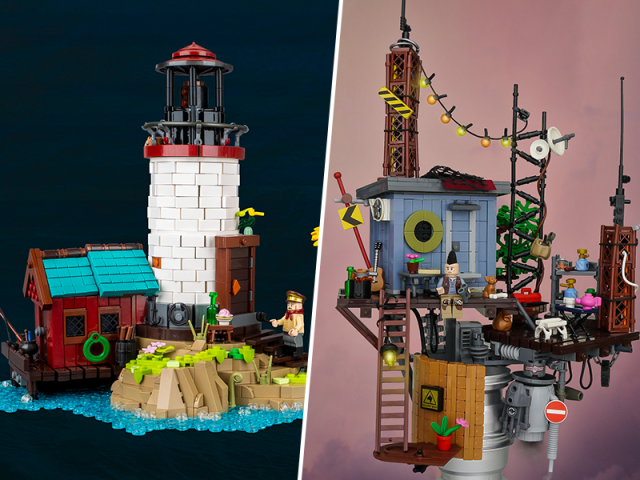 While global traveling is still a challenge these days, this year, Markus took us on many journeys using LEGO bricks. Both the encounter with an ancient idol in a deep, deep jungle and a duel in a Japanese castle left us in awe with new, fresh designs and meticulous work with color palettes. The ability to switch between concepts, formats, and ideas is one remarkable feature of Markus’ creative mind. 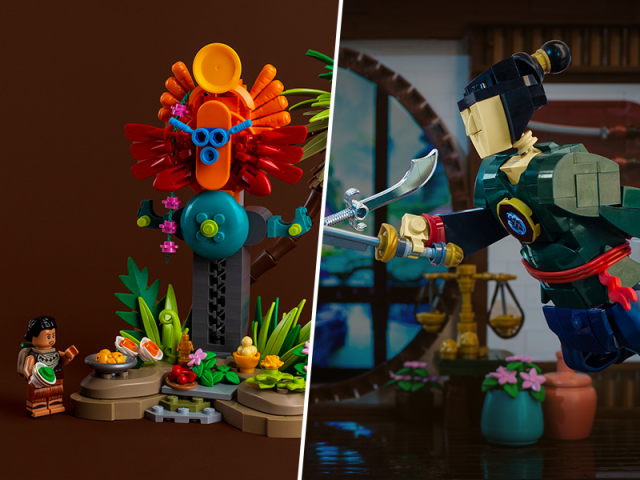 In 2021 Markus didn’t miss a chance to devote a couple of creations to one of the trending building themes of the year, which is, of course, space. No surprise, he explored completely different formats: we took off in a retro-looking rocket and continued the journey aboard a futuristic cruiser. Once again, the way Markus captures the best traits of each format and genre places his works among the best we had highlighted in 2021. 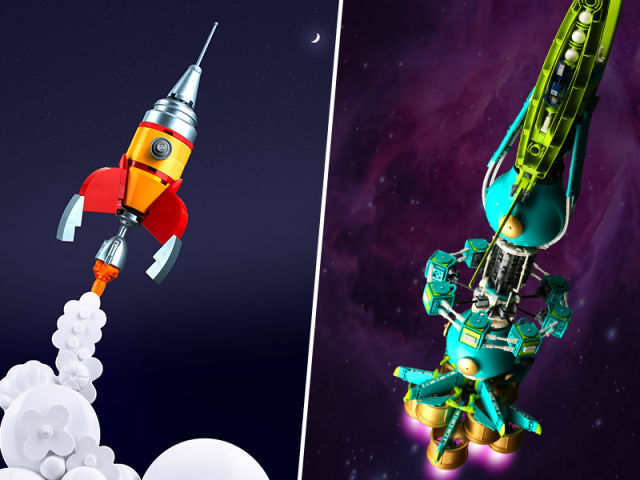 Returning to the Ninjago City Gardens, we often wonder what a LEGO designer can perform not confined by the job requirements. We believe a massive diorama like Bridgetown is a spectacular example. Although carrying a different vibe and setting, this concept is as impressive as Ninjago fans can dream about. The best part? You can enjoy this as other builds by Markus in the Masterpiece Gallery of the LEGO House until September 2022. What an excellent reason for a trip to Billund, isn’t it? 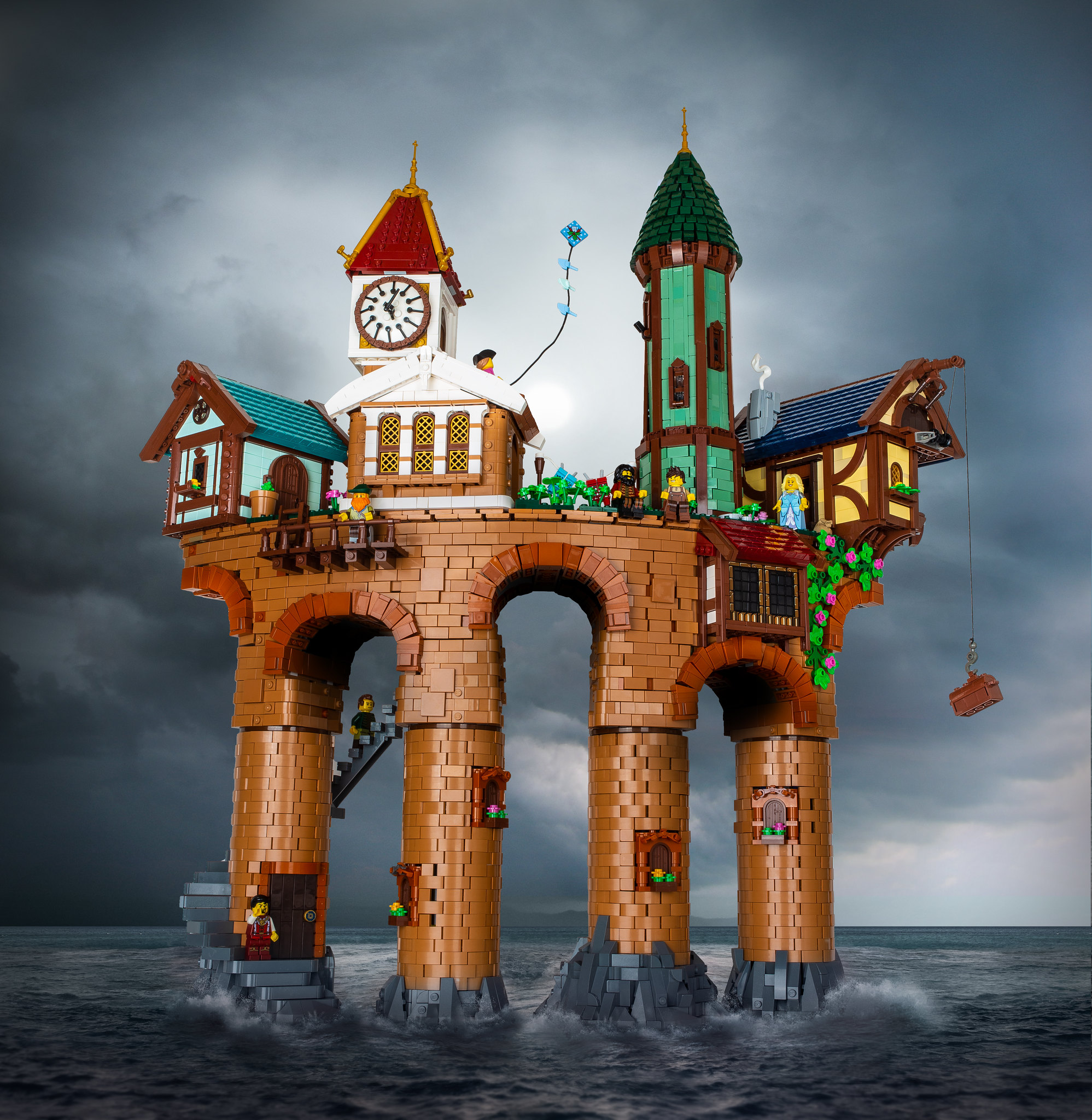 The range of genres and stunning consistency throughout the year are just two of many reasons we admire the talent of Markus Rollbühler. Serving as one of the few bridges between LEGO as the manufacturer and the fan community, Markus fuses the best of the two worlds. No wonder the Ninjago City Gardens was shortlisted by numerous fan media as one of the best products of the year, while Iron Builder (co-hosted by Markus) regularly provides some of the most creative designs we’ve featured on our front page. And this is why our team has picked him as The Brothers Brick LEGO Builder of the Year 2021.