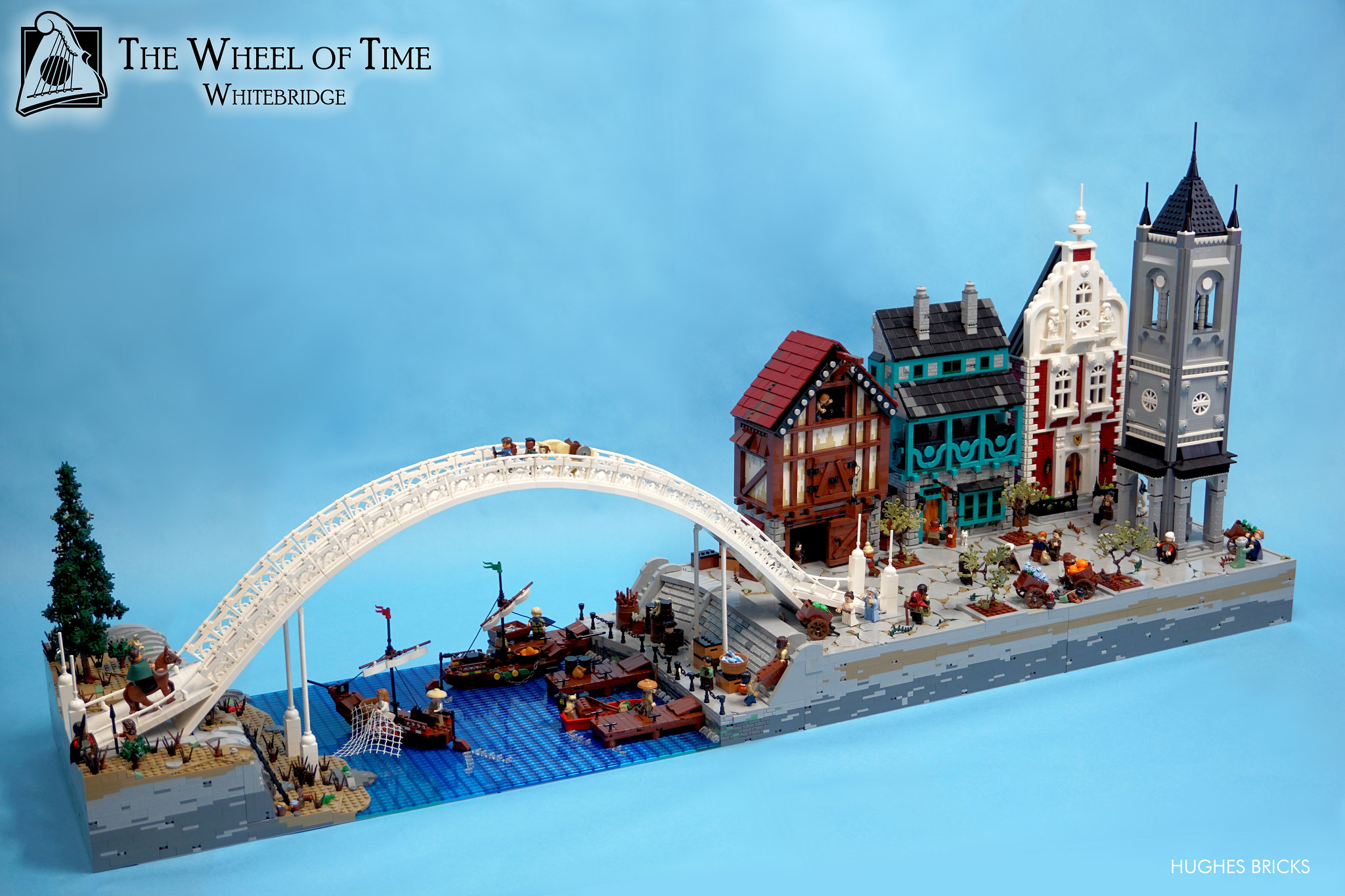 The legendary, namesake bridge spanning the river Arinelle provides the only crossing south of Maradon resulting in a robust trade economy in the surrounding town. Douglas does a wonderful job building up a busy market full of tall shops to illustrate the height and majesty of the brilliant, white bridge. The stone streets and various buildings utilize a ton of techniques to give the scene character. The scale of this build really comes to light as we focus on the busy courtyard. I love the nimble, baby trees around the courtyard and the teal detailing on the middle building. The barn and hay doors are also well done. Just watch out for Thom as he fights off that Fade. 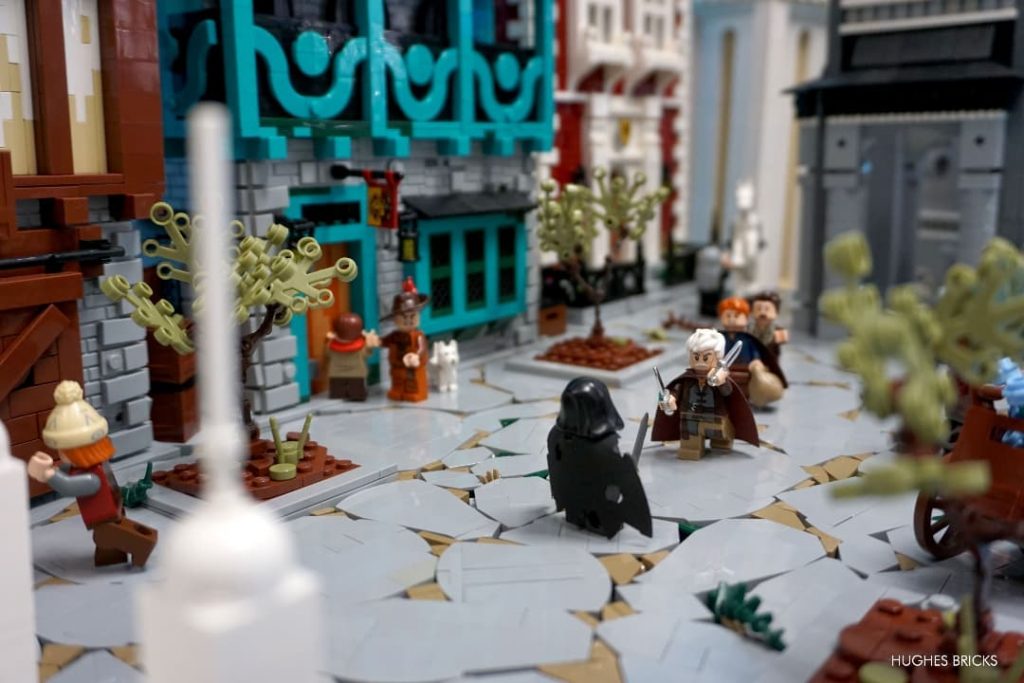 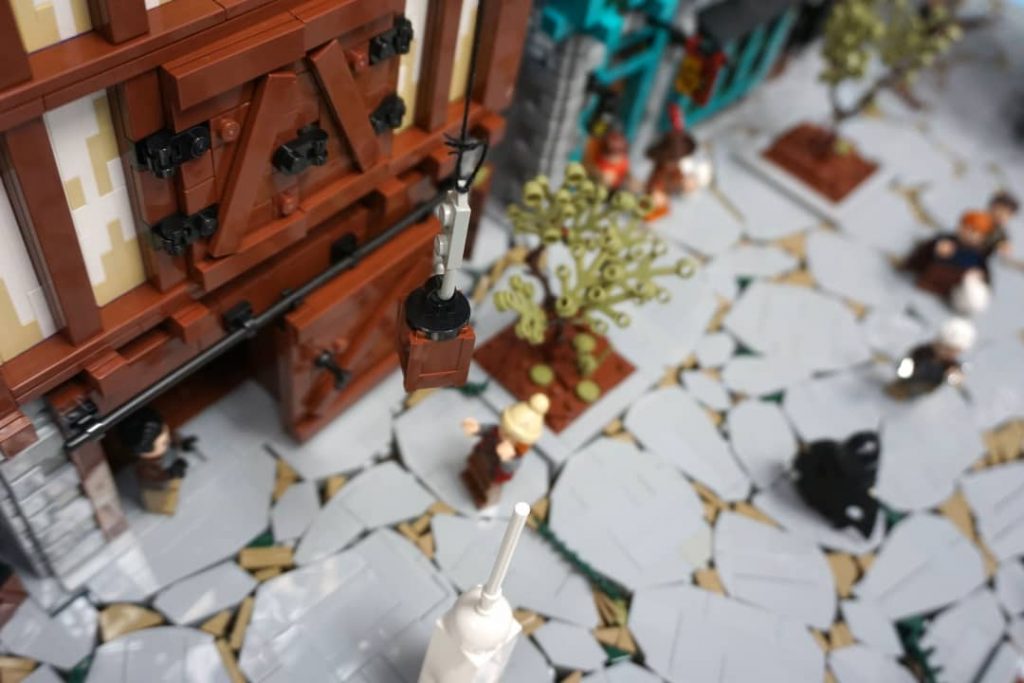 Arching above the river, higher than some buildings, the bridge is wide enough for horses and carts to cross. Douglas used brick bending on a large scale to get the right height and angle for the bridge. Flex tubes and ornate fencing line the edge of the bridge, presumably attached to the vertical…er…sideways built structure of the arch. Said to be made of an unbreakable, glass-like substance, the White Bridge rises high enough to allow ships to pass below. The docks and sailboats below, with fishermen and traders unloading their hull, make for a beautiful and lively waterway scene. 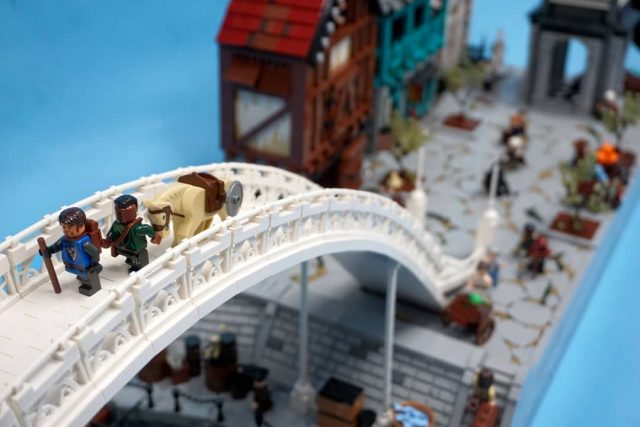 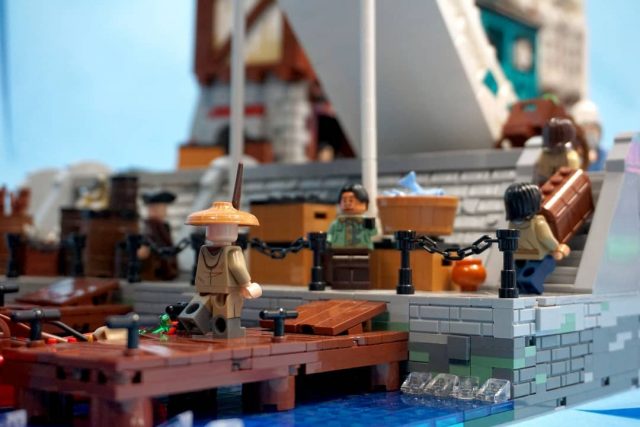 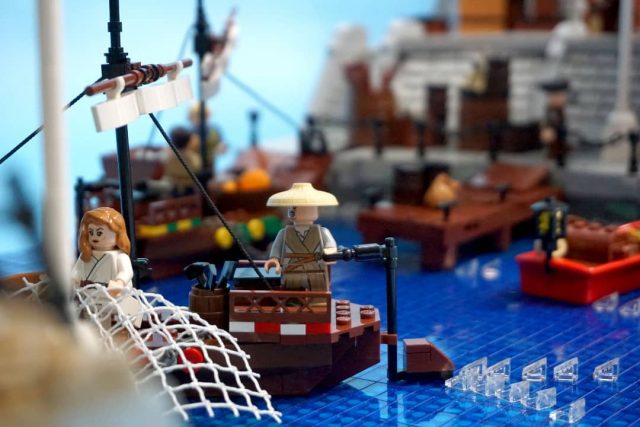 This is a massive build with a delightful story told throughout it if you pay close enough attention. Builder Douglas Hughes does a great job bringing the world of Robert Jordan’s series to life. The sheer size of the bridge in comparison to the already tall buildings is mind-blowing to behold and I have to commend his efforts. I can’t wait to see the next model in this series, let alone whatever else Douglas has in store.

1 comment on “The White Bridge of Randland in LEGO”