I remember being super excited when Hotel Transylvania was announced in 2011. Not only due to its quirky theme or creepy characters. Director Genndy Tartakovsky announced that its potential success could also revive his old series, Samurai Jack. Well, Jack came back. Three movies and an animated series later, it’s clear this story was a big hit. Just in time for this Halloween, Mehdi Rustamov built a dollhouse-style playset inspired by this spooky series. This cute and creepy set is brimming with characters and features the main entrance hall, Dracula and Mavi’s rooms, and Quasimodo’s kitchen. Please don’t bother the vacationing creatures as we take a look around, all right? 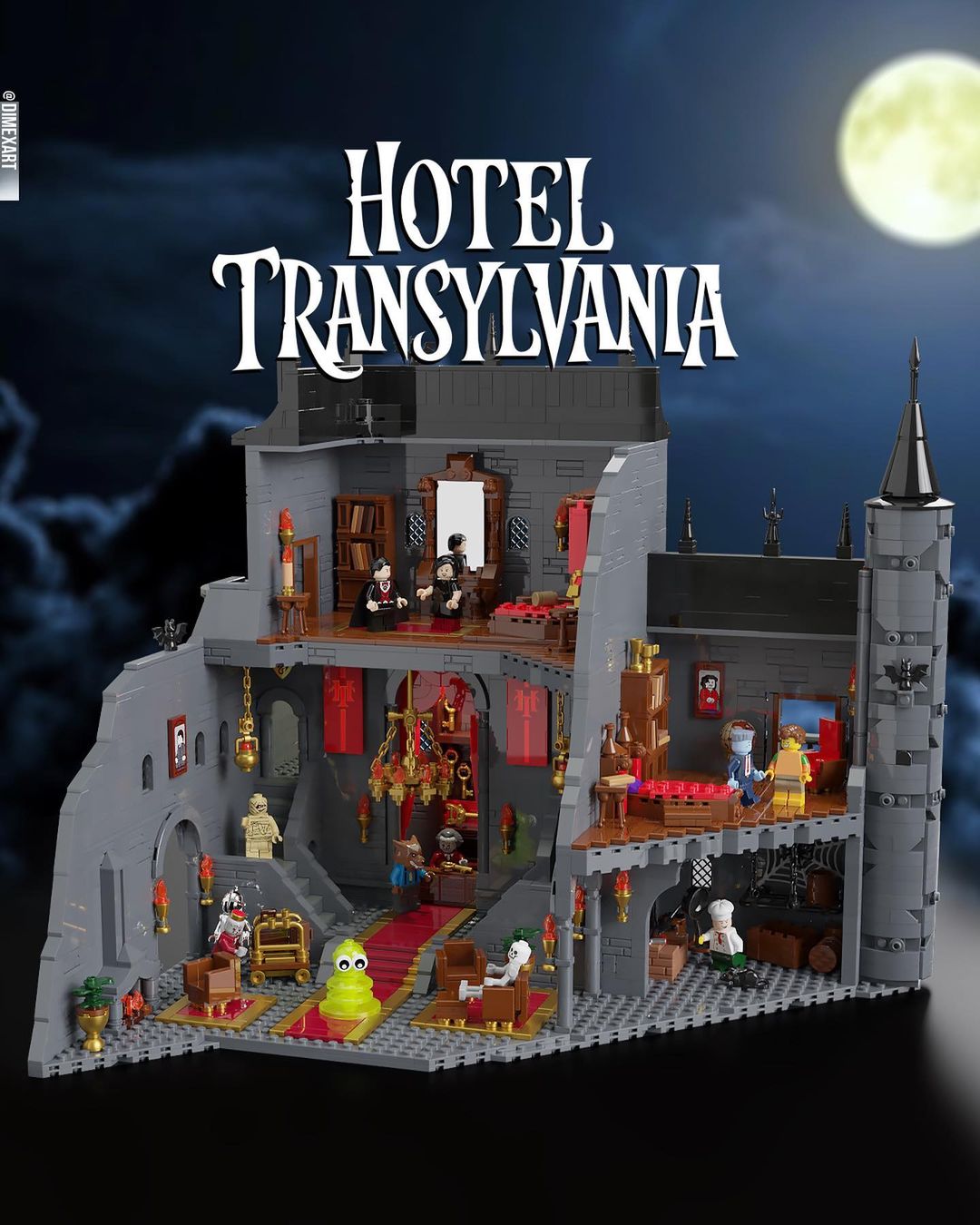 The main entrance hall is wonderfully styled, with crimson banners hanging from the walls and red carpets to welcome all of the important guests. The golden touches to the light fixtures and plants add to the hotel ambiance as a brick-built Blobby figure joins Wayne and Murray while they check in. 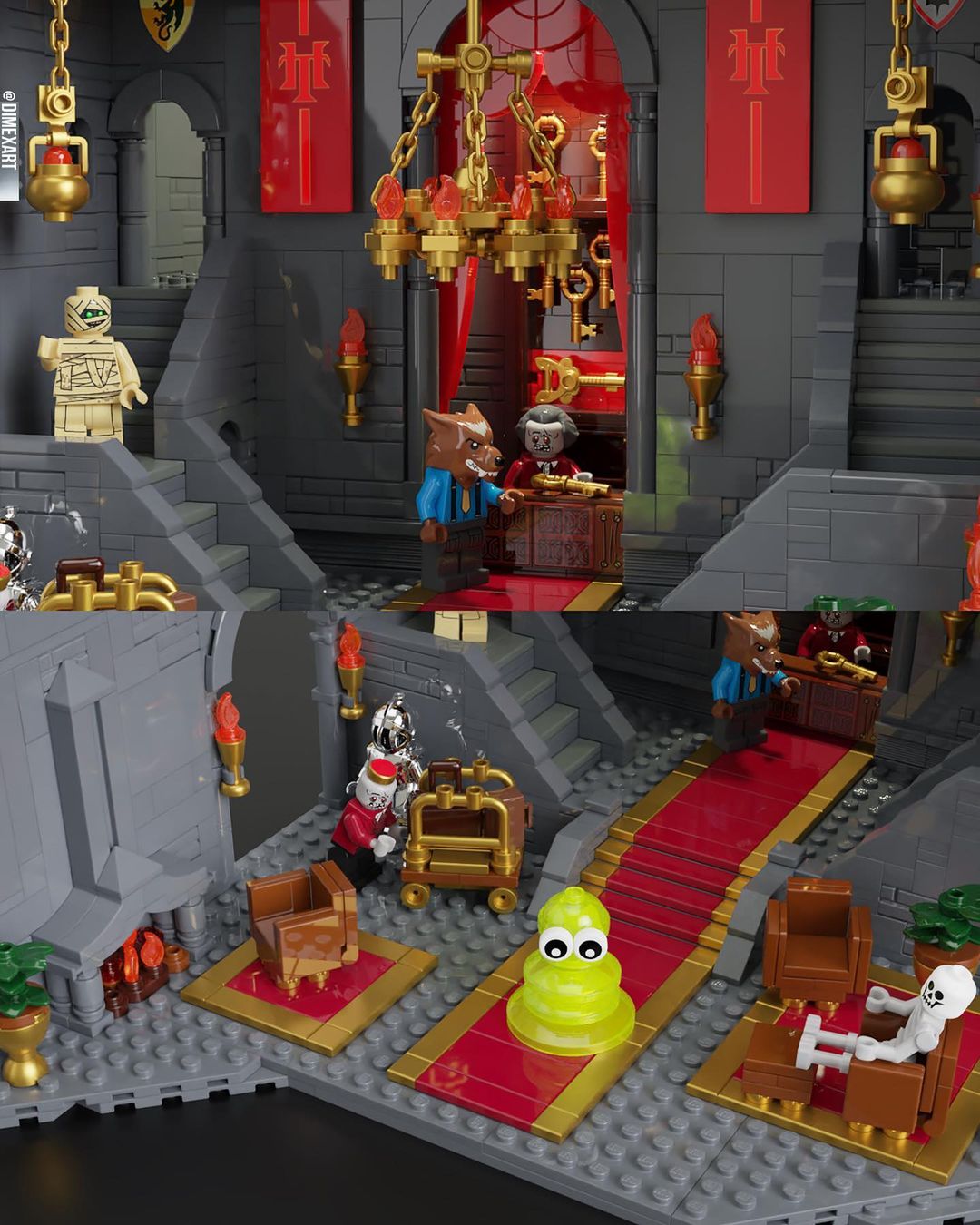 Mavis and Dracula’s rooms share a lot of details. I love the bookcases featured in their rooms, along with their coffin beds. Mavis has a balcony as well as a delightful mirror and a beautiful partial canopy over her bed with tassels on the curtains. Dracula’s room, above Quasimodo’s kitchen, is much smaller and has a portrait of his beloved by the exit to his balcony. 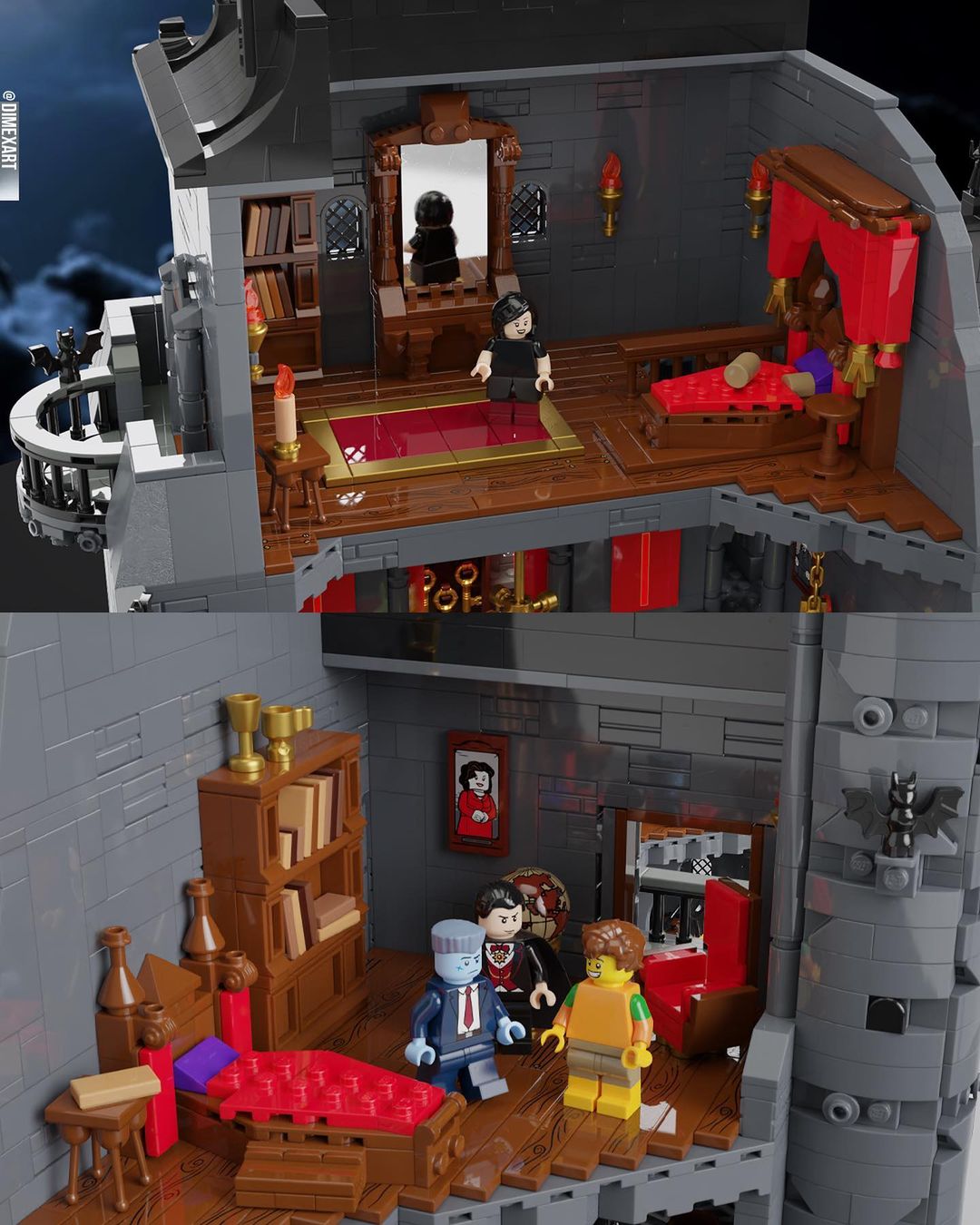 Finally, the exterior was also considered during the design. Considering the balconies, it’s a good touch of immersion that not every diorama gets. Modeled to look like the outside of the castle, I could easily see this perched on a shelf until it was time to play. I think Mehdi Rustamov definitely built a model that Dracula would be delighted to own. Well, the Adam Sandler version of him, at least. 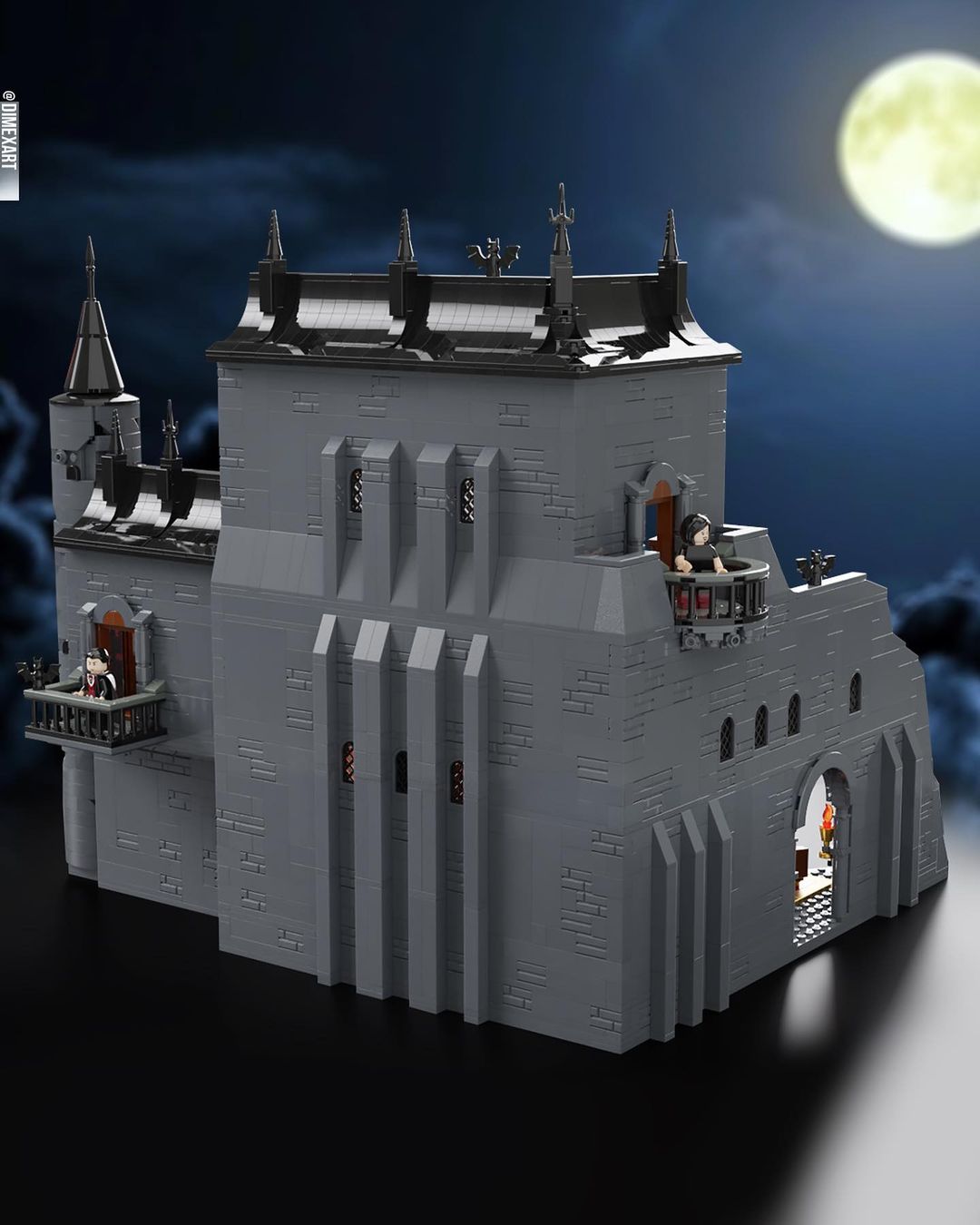