Sometimes a single piece can cause the imagination to snowball. LEGO designer Robert Heim wanted to build something with the trans-purple canopy that debuted in the Pop-Up Party Bus from The Lego Movie 2. But all he knew for sure was he wanted to make a space rover with it. That led him to design a semi-truck configuration. And the trailer had to haul something, right? Which meant he had to build a rocket…and thus, the “ORCA” rover was complete. 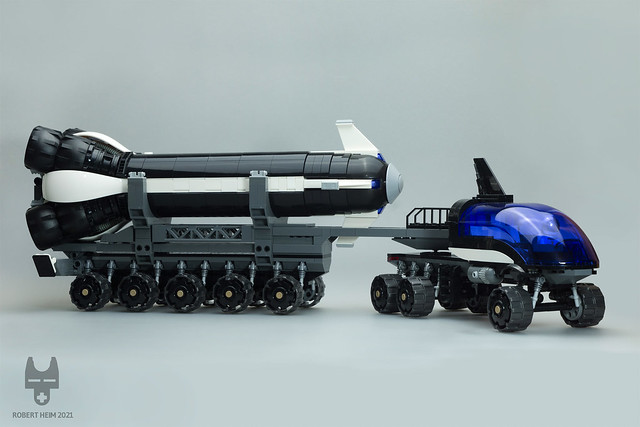 Flatbed trailers can understandably sometimes be a little visually uninteresting, but Robert’s combated this by including some great detail on the undercarriage, including ray guns acting as suspension on each wheel. But let’s not overlook the cargo. The angled thrusters nestled between hot air balloon shells make the rocket a stand-out build all on its own. The fact that it can be hauled into launch position by such a cool-looking rover is icing on the cake. 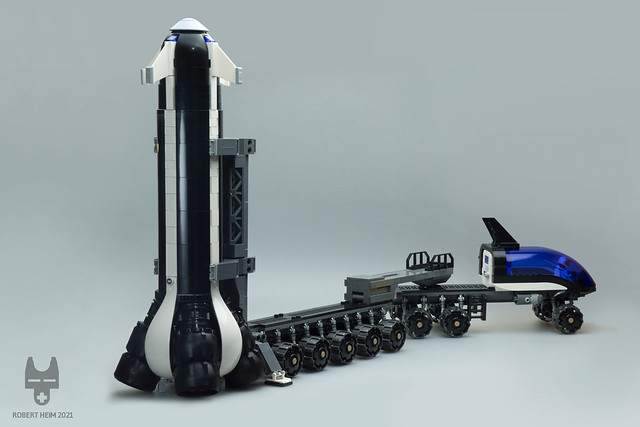 1 comment on “What’s black and white and rad all over?”