Rock monsters beware! Deus Otiosus has constructed this fantastic tribute to the classic LEGO theme, Rock Raiders. The models mimic the colour scheme featured in the original sets which makes these creations feel all the more authentic. Snowshoes form the upper part of the dragon’s head with spear guns representing horns. The brown piping across the chest is similar to the style of the windscreen piece that was frequently used in the original sets. The wings have an unusual construction, with large fans at the upper areas and stacked clip pieces at the lower sections. There is also a fun speeder build which uses a Bionicle mask to form its front section. It seems the Rock Raiders have a powerful new ally, ready to pierce through layers of stone in order to find precious energy crystals. 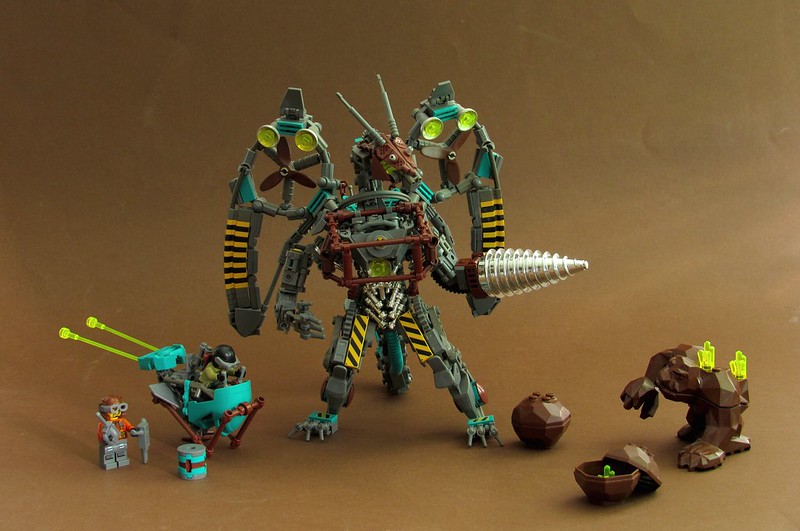 Rock Raiders was one of those fantastic LEGO themes with rich lore and intriguing storylines. Check out more articles on custom LEGO Rock Raiders models, inspired by the boulder-breaking heroes.