Psyro TtunTomato has constructed this inventive reimagined version of Optimus Prime presented in a samurai-inspired form. The build retains mechanical details, such as piping and exhausts, while wedge pattern pieces, at the arms and shoulders, creates an aesthetic reminiscent of real-life samurai armour. Receiving a kick from this model looks like it would be painful as the legs have sharp, aggressive angles and are portrayed in a similar style to the Barbatos’ legs from the Gundam Universe. Armed with two long blades, this version of Optimus is ready to slice up some Decepticons. The model has the ability to look different from the original Optimus design, while still being recognizable through its colour scheme. 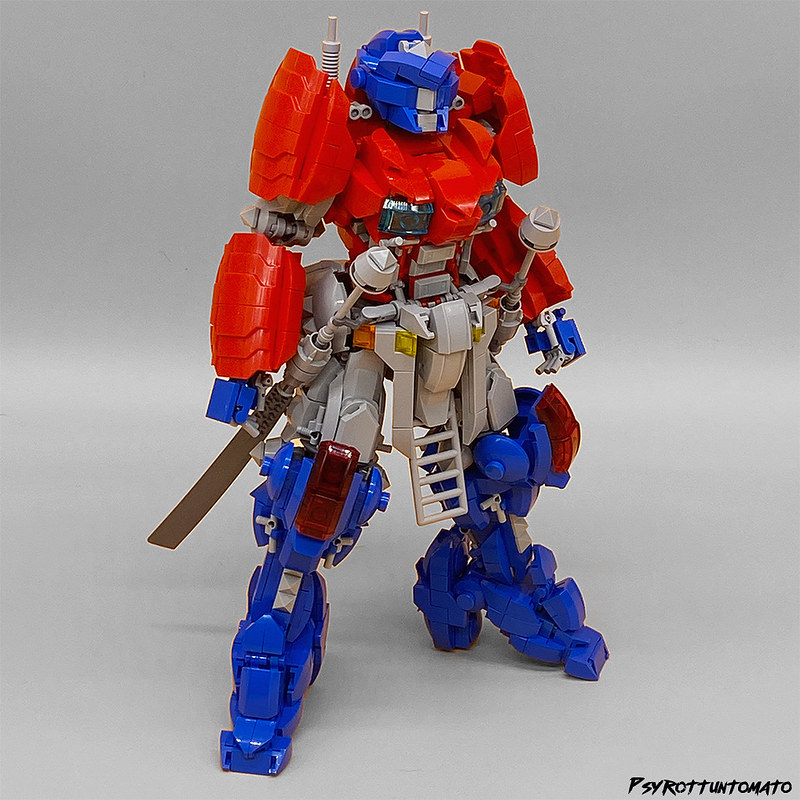