The Taj Mahal, the world-famous mausoleum built by Moghul Emperor Shah Jahan, has seen three official LEGO versions — one in 2008, re-released in 2017, with a new Taj Mahal set unveiled in 2021. Although the newest set is smaller, the original and its re-release are famous for being amongst the largest LEGO sets ever produced. So it should give some idea of the complexity and scale of Rocco Buttliere‘s latest architectural creation when you understand the piece count of around 17.5k parts is considerably higher than all 3 of the official sets combined. Rocco is no stranger to being featured on The Brothers Brick, being an undisputed master of microscale LEGO building. However, this model is something special, depicting not just the famous mausoleum building itself, but also the surrounding gardens and compound. 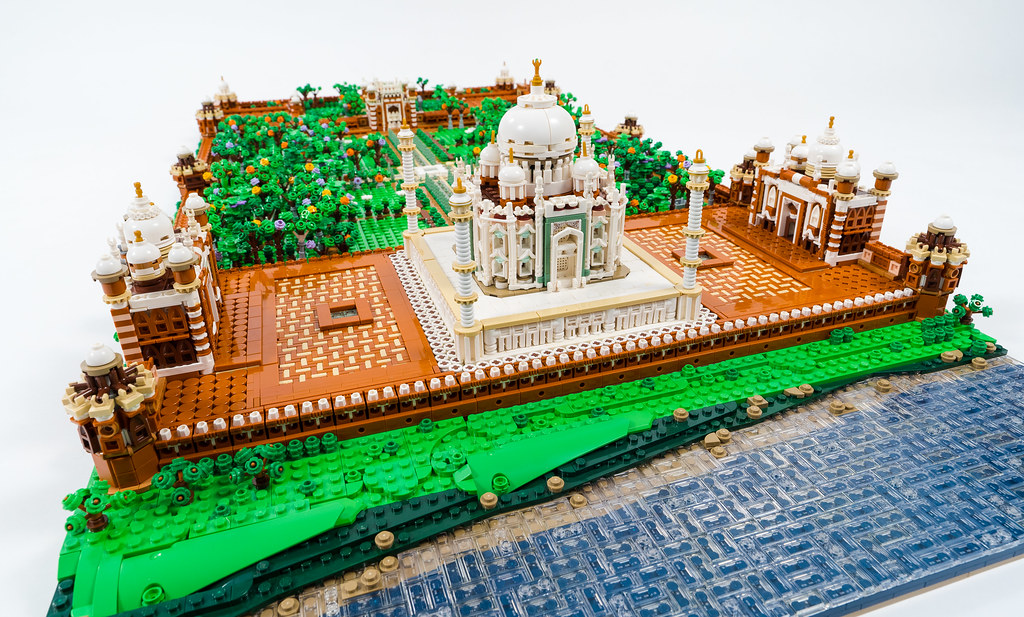 The key to microscale LEGO building is creating an impression of size, using small touches of detail and texture which make the model look much bigger than it really is. This is often challenging enough, but what makes this particular creation all the more impressive is Rocco’s effective re-creation of the complex geometric patterns so important in Moghul and Islamic architecture. The model abounds with clever parts use to evoke these patterns at the smallest possible scale. Just look at the level of detail in this close-up of the facade — I spy hockey sticks, tennis rackets, flowers, rollerskates, and skeleton arms amongst the cornucopia of parts employed… 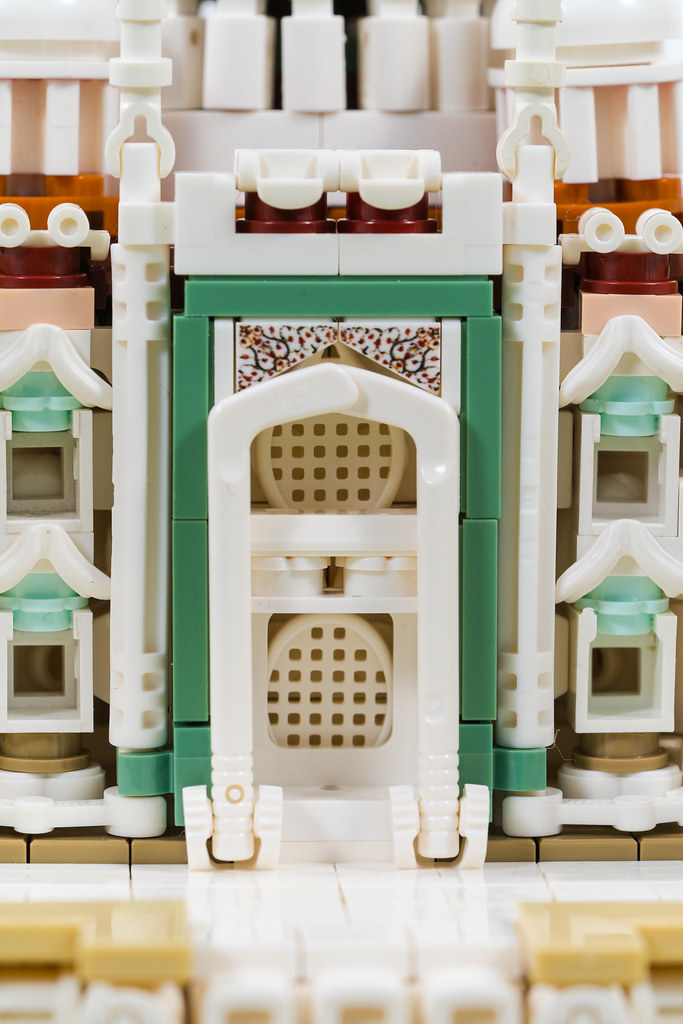 Yet this isn’t one of those models which only impresses up close. The overall layout is stunning — 21″ by 43″, and every inch of it beautiful. It’s little wonder Rocco says the diorama took 2 weeks to design, and then 75 hours over the course of 8 days to construct. That’s a little quicker than the 22 years it took to construct the real thing, but it’s still a monumental achievement. 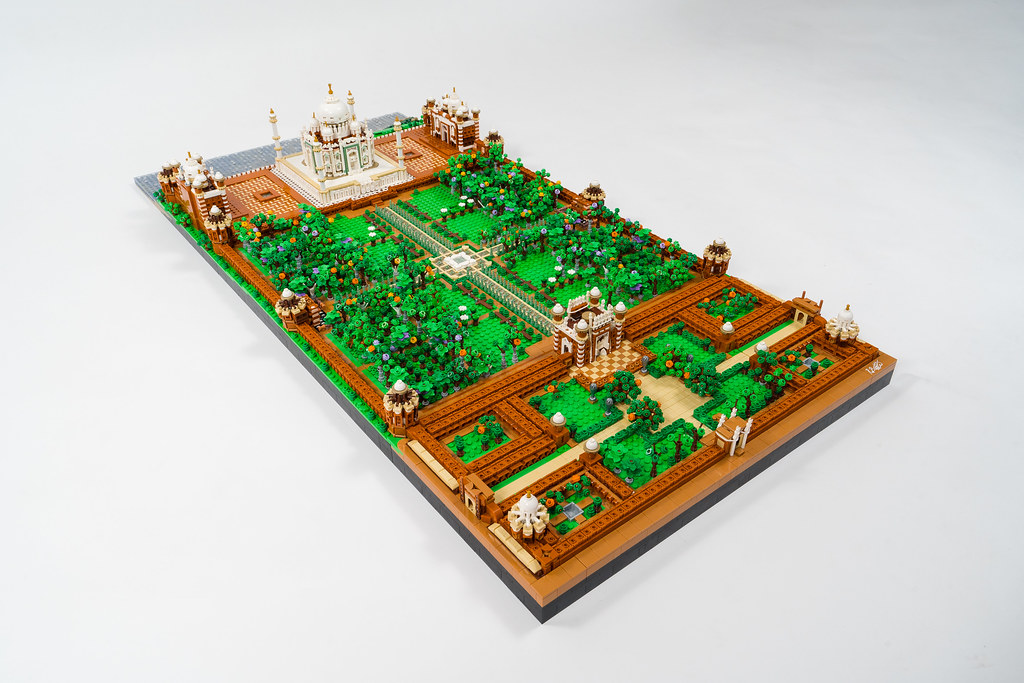 Take a look at Rocco’s video, where he gives us a tour of the model and explains some of the processes and thinking involved in its construction.