LEGO builder Blair Archer has created this fantastic model, armed with a mixture of cannons, missile launchers, Gatling guns and more. The build has an aggressive, militaristic appearance which is reminiscent of the mechs featured in the Metal Gear franchise. The huge missile launchers at the shoulders appear to be using red projectiles, from the Bionicle Mahri sets, as rockets. In order to create the Gatling guns at the centre of the model, Blair has cleverly used tyres stretched around bar parts. The central laser or camera is represented by the reverse side of a lipstick piece, creating a fearsome retical. 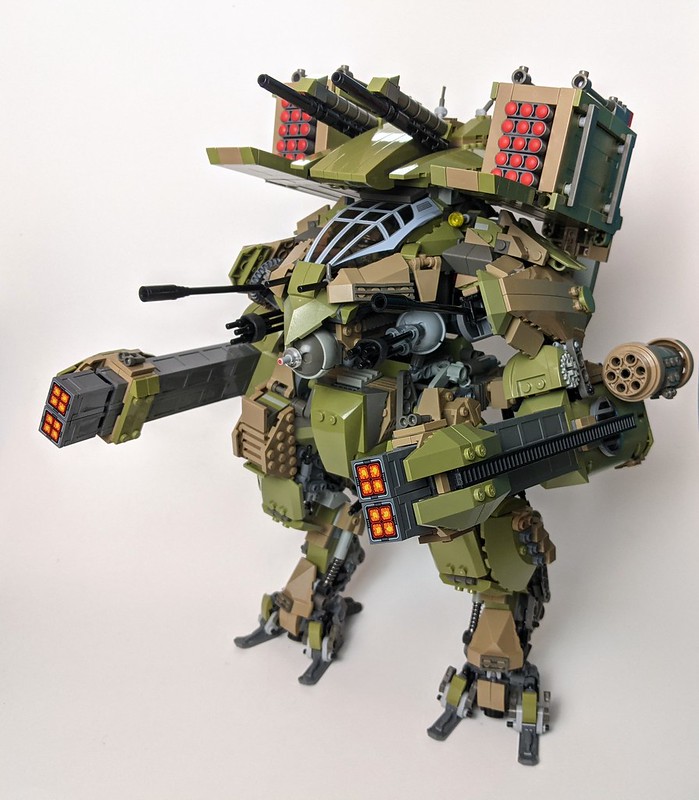 The mech appears to have some movement in the legs with ball joints which is impressive considering the size of the build. Little details, such as the wiring and cables, make the model feel all the more realistic. 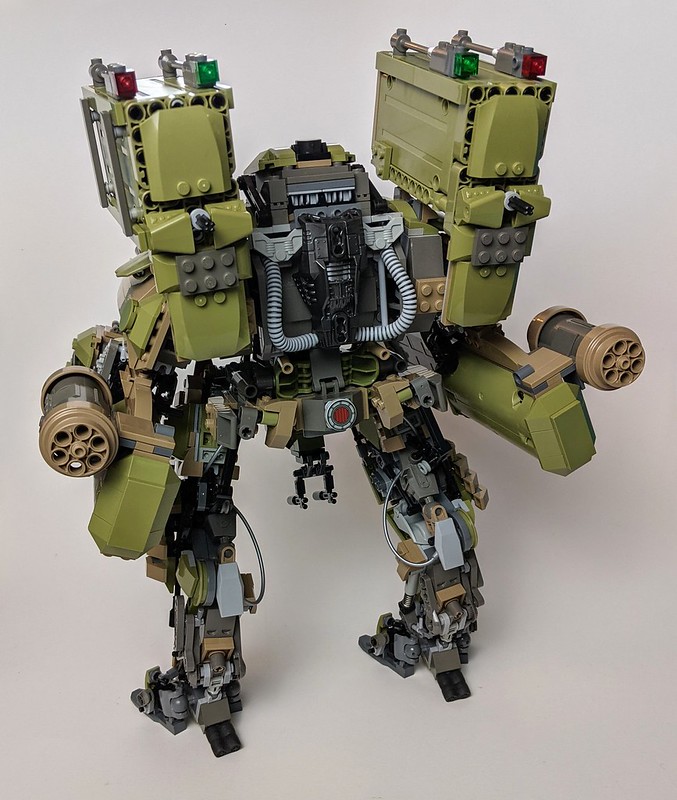 Looking inside the cockpit, the mech requires two pilots, surrounded by a variety of equipment. One of the most interesting details is the use of a Bohrok mask as a cushioned seat for the front pilot. 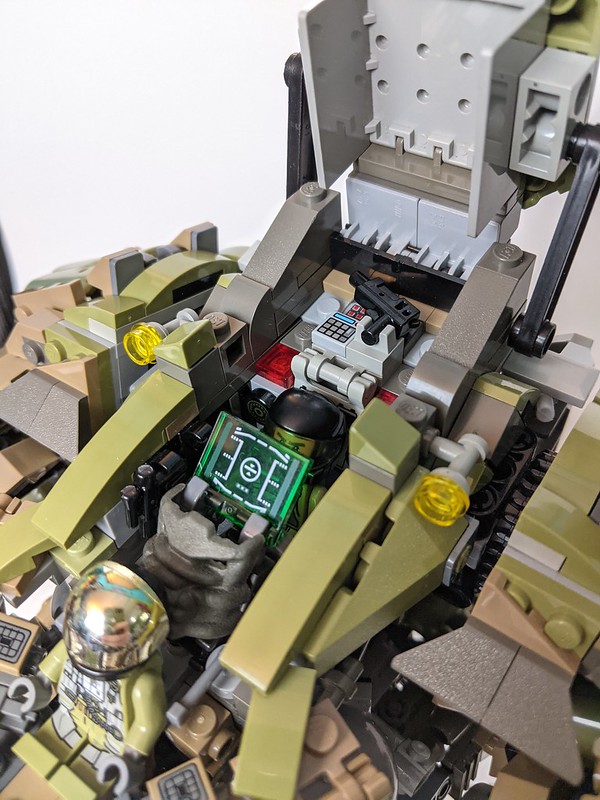 The build is a triumph in terms of Lego construction as often building a mech in a large scale can lead to issues with balancing, however, Blair has created a stable and powerful looking model. Looking for more great mecha builds? Check out some of our other articles, on the subject, here.