It’s probably safe to say that terms like steampunk and cyberpunk have entered into the common lexicon. Complex worlds, either created around clockwork and steam power or technologically permeated societies, have become pretty popular amongst mainstream society. But what about dieselpunk? Or its partner, skypunk? Thankfully, the nature of the monikers is to get the idea across pretty quickly. Personally, skypunk is one of my favorite concepts. Worlds full of floating fortresses, sky battles in agile, obscure fighter planes, or common people shlepping about on islands in the sky. Today, I want to take a look at the latest skyracer model by builder Sylon-tw. 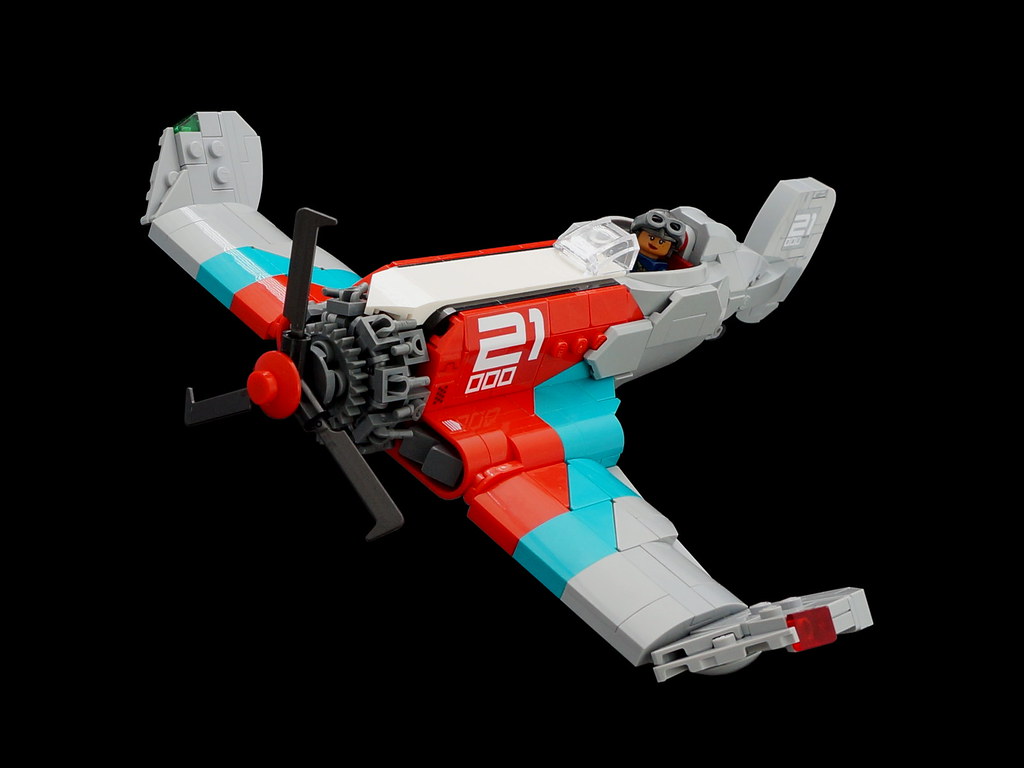 In his latest build, he’s given us a brilliant example of color-blocking. The red to teal to light bluish grey transition is smooth and eye-catching, utilizing newer triangle plates to model the stripes on the wings. The color blocking of the craft is achieved with sideways building, allowing Sylon-tw to use window frames and curved bricks to achieve the rounded sections of the body. The use of dark bluish grey cheese bricks inside of the window panes near the engine is a great detail. Just check out that engine. The white stripe from the cabin ends with a perfect angled slope that points your eyes to the detailed motor. Clips fitted with minifigure hands are attached to octagonal plates with bars and then finished with a 24-tooth gear and the propeller section. By the way, those propellers are actually Uruk-hai swords! 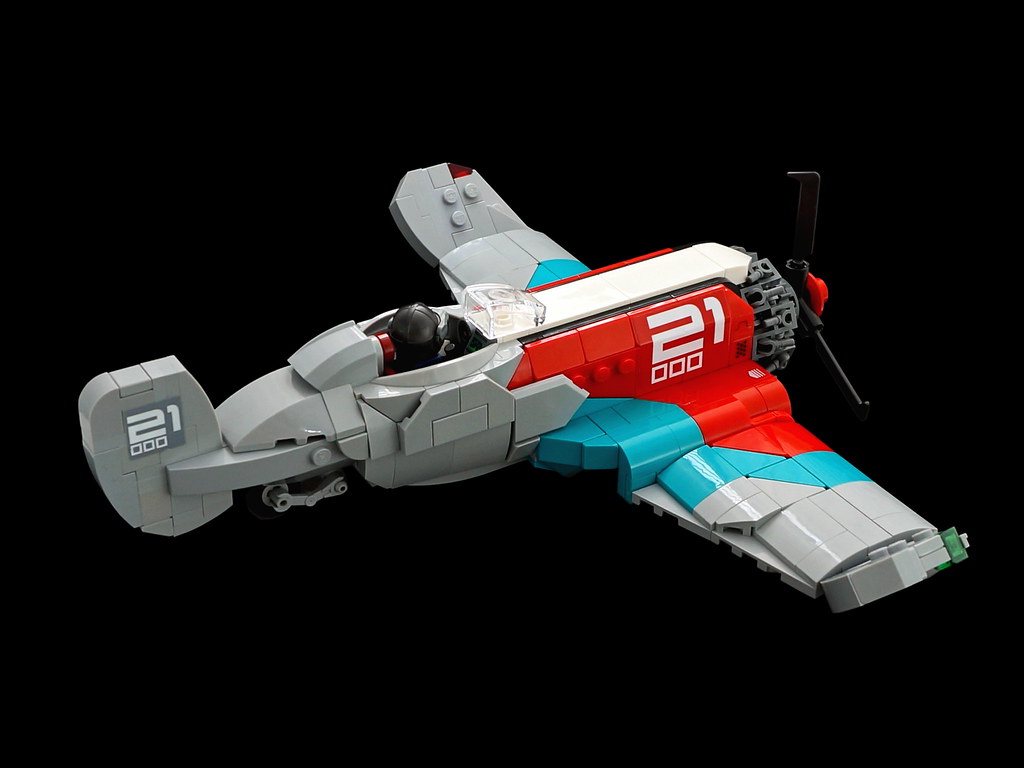 The cabin seems to have ample room for the pilot and the printed bricks that Sylon-tw chose are perfect for this model. The peak into the pilot’s seat also shows us the sideways building technique that they used to mold the curves and angles of the ship. This studs-not-on-top method helps models look smoother and also sometimes provides structure to the build. This is clear in the pictures of the undercarriage. Not only do we get a look at the landing gear wheels, which fold up into the body, but Sylon-tw also reveals how they transitioned from sideways to vertical building in the wing sections. 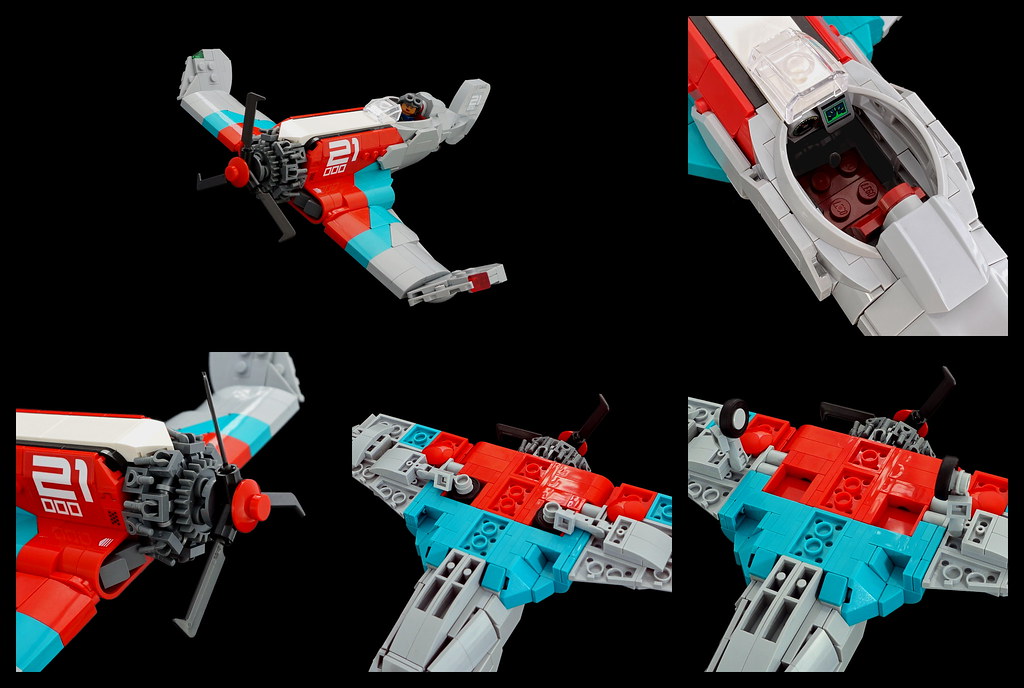 This view gives us a peek at the back wheel of the landing gear, tucked up under the tail end using droid arms to attach it to the body. The stickers that Sylon-tw chose to use are a great addition, though I’m not sure if they’re from a set or not. The tail section is a great example of modeling interesting shapes with angled and sloped bricks. Just take a minute to look at how they sandwiched all of those pieces together near the pilot’s cabin or how the wing transitions from the body. Also, note the complex way the tail fin is built so that it’s smooth on all sides. The fins at the end of each wing are built similarly, most likely attached to the wings with small ball joints.