The LEGO VIP Exclusive rewards recently revealed a LEGO Castle collectible coin which could be redeemed for 1,150 VIP points: US | CAN | UK. As evidenced by a second offer of a 5-coin collector case, this is the first part of a new line of VIP swag that will highlight different LEGO themes. But is this reward worth claiming? We take a look at just what you get for your hard-earned points! 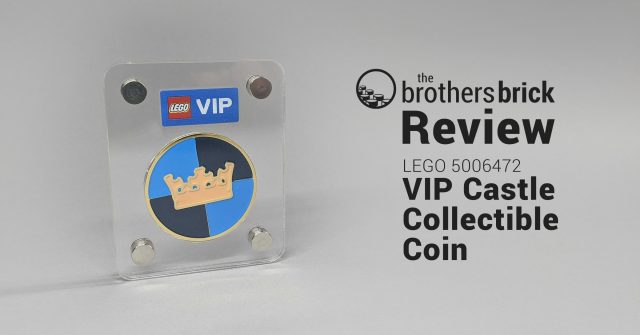 When it comes to collecting LEGO coins, if you’re a completest, you’re in for a bit of a challenge. LEGO introduced them at the Singapore Comic Con (SGCC) in 2019. Then, in 2020, LEGO released a limited edition set of coins in Hong Kong. But, leaving that expensive unobtainium out of the mix, you still have time to get in on the ground floor of the mainstream VIP collection. The Castle coin comes wrapped in a thin sheet of tissue paper, sealed with a sticker identifying it as “Coin #1”. I got mine as part of a larger order, and it was just tossed loose into the box. As you can see, that thin wrapper suffered some damage in shipment. So finding one of these truly “Mint In Package” is going to be a headache, too. These coins are currently limited to one-per-VIP-account, so you’re only going to get one try at it before having to resort to the secondary market. 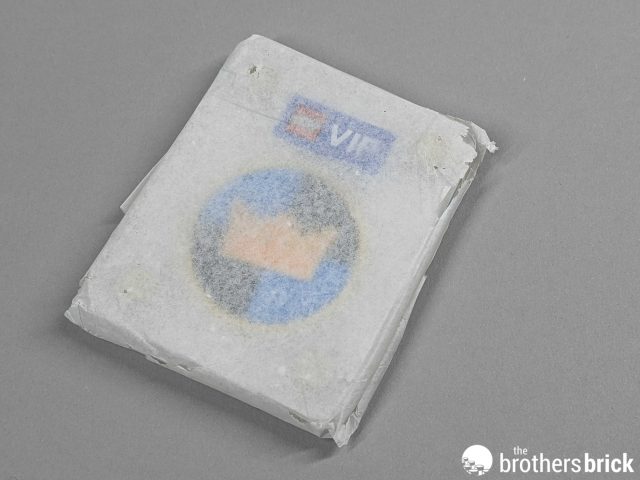 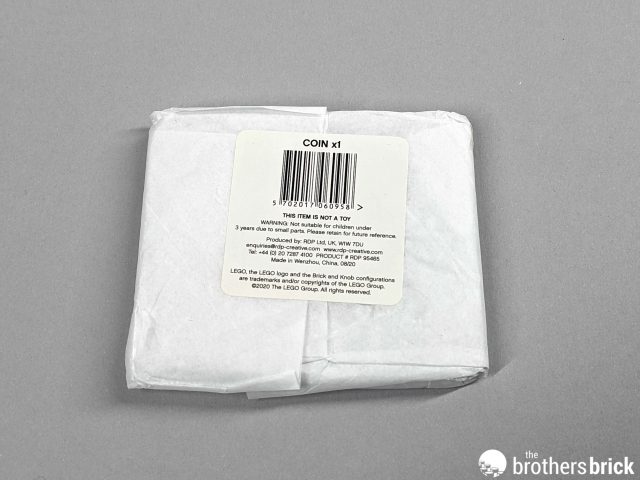 Not that the state of the tissue paper was a big deal for me; I’m planning on getting the 5-coin display case soon, so the coin was going to come out the packaging regardless.  I was pleasantly surprised, though, that the 5-coin case isn’t necessary to keep your coin in “factory new” condition. It comes in a three-layer plastic case of its own.  The coin is also a lot larger than I thought it would be. I’ve placed it here next to a standard 2×4 brick for comparison.

My first impression was “that enamel on the front looks a little sloppy”, but I’ve certainly seen less impressive collectibles. 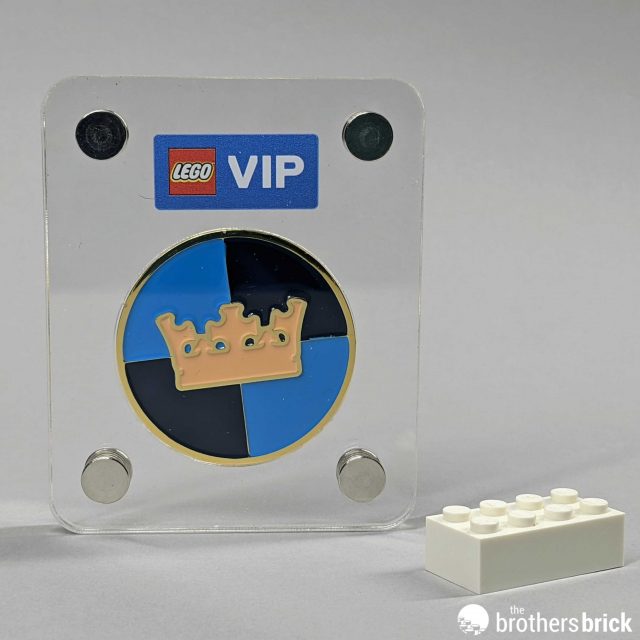 From the back, you can see that the coin has a LEGO/VIP logo. If you look closely, you can also see that my copy came with an ultra-rare eyelash sealed in the case with the coin. (It’s up by the printed part of the case.) 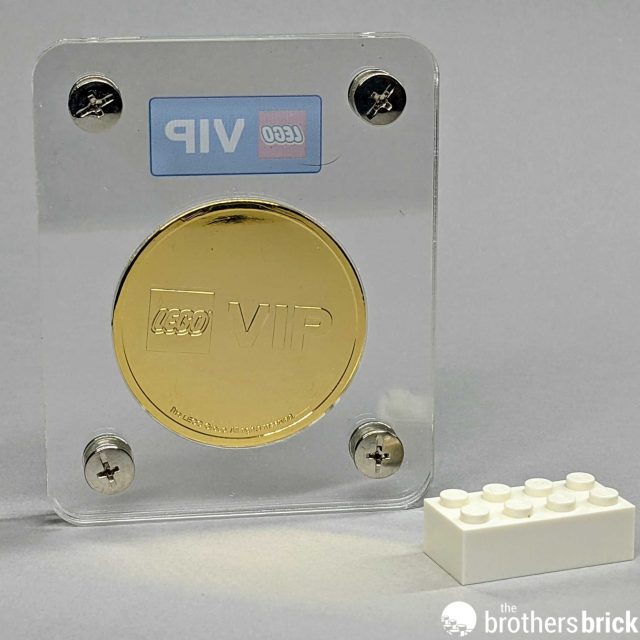 Taking things apart, the case is made of three sheets of plastic, a solid font with LEGO/VIP logos, a center with a hole to mount the coin in, and a clear backplane. Things are sealed with four silver screws/caps. 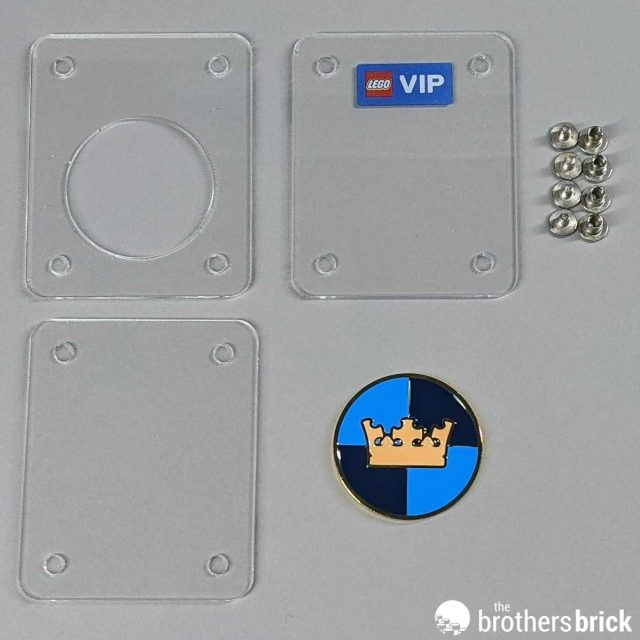 The 4.5 cm diameter metal coin weighs in at a satisfying 28 grams. The enamel used to add color to the castle logo looks a little goopy, but it’s not terrible. I’d rather have a little bit of beveling for an enamel finish over an ink-printed or stickered coin. 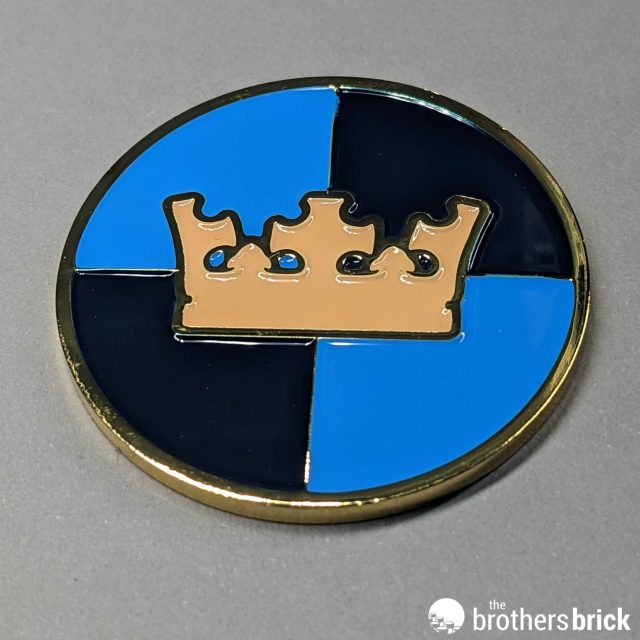 The edge of the coin is smooth, and has a decent thickness. (Around 2mm) 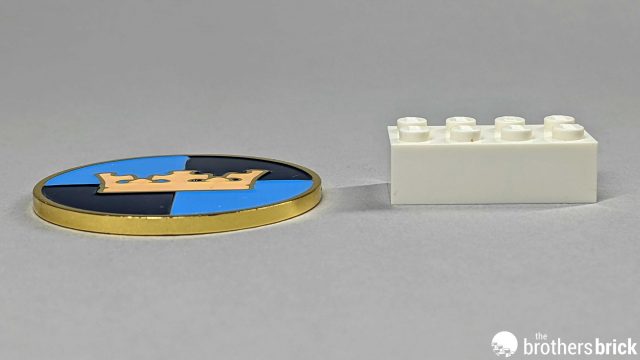 Out of the case you can see that the coin has a decent amount of small imperfections to the gold-tone coating. In the case these are pretty hard to notice, though. 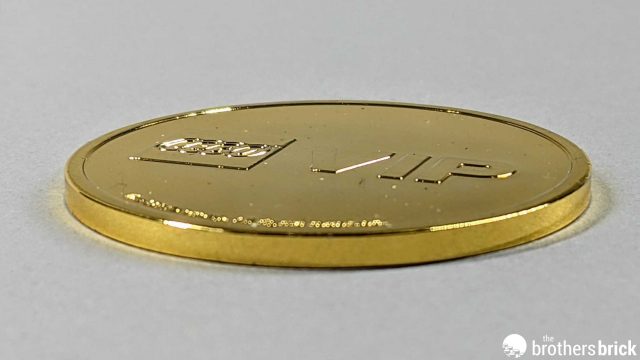 I’m a fan of LEGO offering more in the way of VIP rewards than just discounts on more sets. I’m sure that I’ll collect all of these themed coins over time, but I have to wonder if they really say “LEGO” to me. It feels like a cross-over with a totally unrelated hobby. What’s next? Trading cards? (Wait, they’ve done that already.) Stamps? Pogs? Anyway. Cross-hobby concerns aside, I do like this coin. I just wish I was a bit more of a fan of the Castle theme to really appreciate it. But there looks like there’s a Classic Space coin in the future…and I’m totally there for that.

As these are currently limited to one-per-VIP-account, they should be around for at least a little while. But there’s no guarantees in LEGO will keep this in stock forever. So if you’re interested…I’d recommend you act now.

LEGO 5006472 VIP Castle Coin is available now from the Rewards Center for 1150 points: US | CAN | UK. It may also be available via on the secondary market from Amazon and eBay. 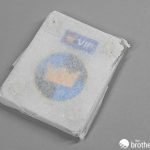 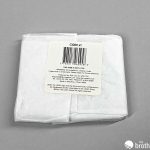 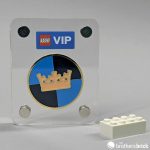 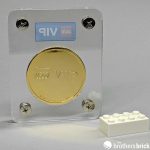 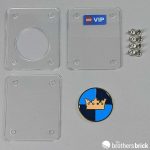 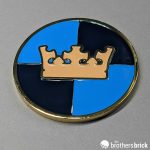 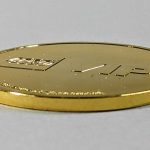 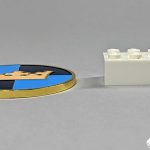