This beautiful painting by Hoang H. Dang shows a pleasant street scene with ancient architecture and a gnarled tree, along with a few small street vendor stalls. But there’s much more to it than first meets the eye. Although it’s ostensibly a painting, it’s actually a low-relief sculpture masterfully executed with LEGO bricks, lending it an amazing sense of depth. 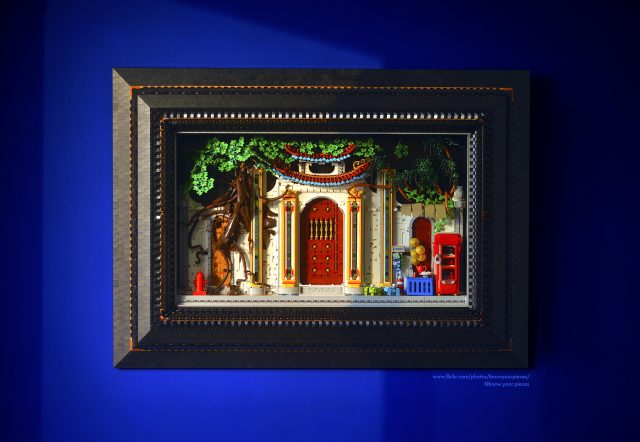 And look closer–this painting is much bigger than you probably realize. There’s detail packed into every square inch because the entire piece is enormous–more than 3 feet wide. It’s so big that a Duplo fire hydrant looks right at home. Let’s take a look at some of the other details.

The central door alone stands more than 22 bricks tall. The door is flanked on each side by a pair of pillars bearing an intricate pattern thanks to the repeated use of the 1×4 tile with dragon pattern, which comes from some of the Chinese New Year sets such as 80105 Chinese New Year Temple Fair. A series of other printed tiles hang from a rack as souvenirs. And though it’s not easy to pick out, even the tiled streets have an intricate pattern of interleaved tiles. 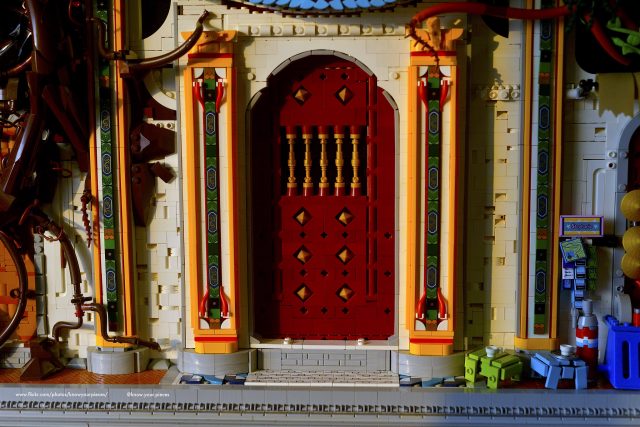 To help give you a sense of the scale, here’s a work-in-progress shot that Hoang shared, which also lets you get a little peek at some of the techniques in play, like the awning made of crowbars–a much more complex version of the one used in Ninjago City. 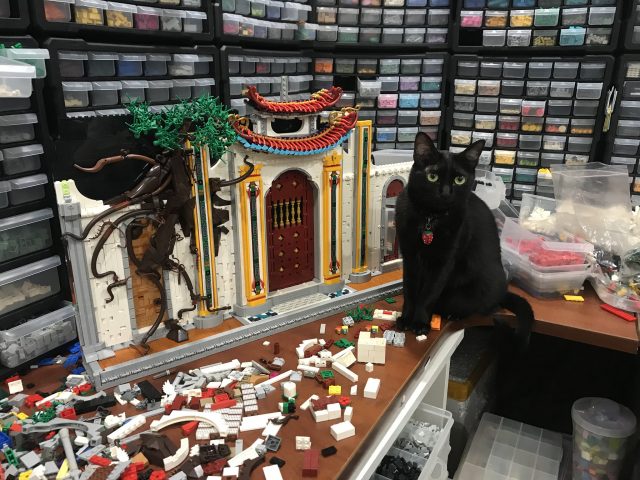