Over the years Japanese car manufacturers have produced some iconic performance cars, such as the Impreza WRX, the Datsun 240Z or the Toyota AE86. However, unsurprisingly, most of their products are of a rather more practical nature. Few more so than so-called Kei cars or keijidōsha (軽自動車). This literally means light automobile. 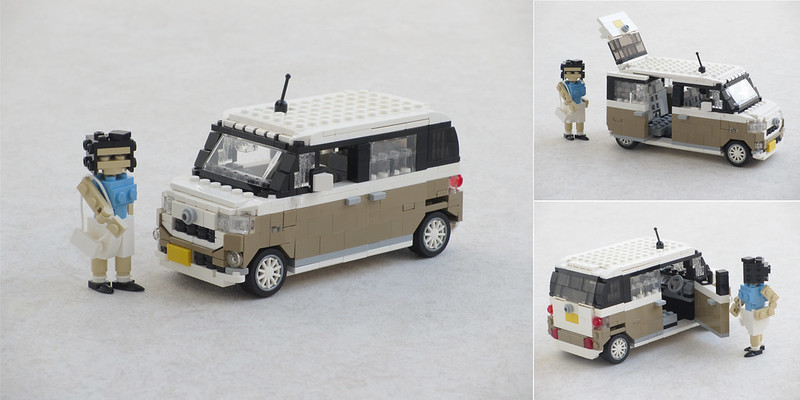 They are a special class of tiny cars, restricted to a width of 1.48 m, a length of 3.4 m and a height of 2 m (4.9 ft, 11.2 ft and 6.6 ft, respectively). Their engine displacement is at most 660 cc (40 cubic inches). For comparison, this is roughly the same as the displacement of a single cylinder of, say, a V8 Ford Mustang. So, why would you want one? Well, they’re relatively cheap to buy and run and owners pay less road tax. And more importantly, in densely populates cities such as Tokyo, owners need to prove that have a parking space before they can register a car, but Kei cars are exempt. Consequently, about one in every three cars sold in Japan is a Kei car. They are exercises in maximising interior space within limited external dimensions. So they do tend to be small boxes on wheels. However, as these two examples show, some manufacturers do spend some effort on the styling. 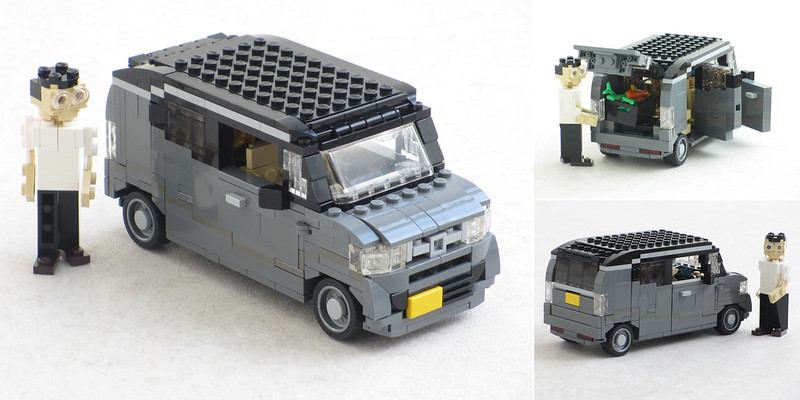 The Daihatsu Move Canbus is aimed at a very particular demographic: single women in their thirties. Fewer Japanese people are getting married and apparently this is a sizeable group. In Japan, unmarried women also often still live with their parents, so the car should be practical (with good access, through its sliding doors) and yet cute. The Honda N-Box Slash represents the edgier corner of the Kei-car universe. It’s very boxy, seats four people and has a dinky engine, but its styling is a little bit sportier, with an up-swept beltline near the rear windows and the handles for the rear doors hidden in the C-pillar. I hesitate to think what the marketeers were thinking when they came up with the names, though. I guess English names sound cool to Japanese customers, even if they make little sense.