One of my favorite things about San Francisco is its architecture. Though shops have closed and the streets are nearly empty, some of the city’s most vibrant buildings still stand. Just off Market Street, you’ll find the Castro Theatre, whose majesty has been translated into LEGO by Jonathan Lopes. Since 1922, the Castro Theatre has hosted everything from queer cinema to silent film festivals at the center of San Francisco’s vibrant arts scene and historic LGBTQ+ district. Like in Jonathan’s model, you can’t miss its iconic neon signage and stunning Spanish-Baroque facade. 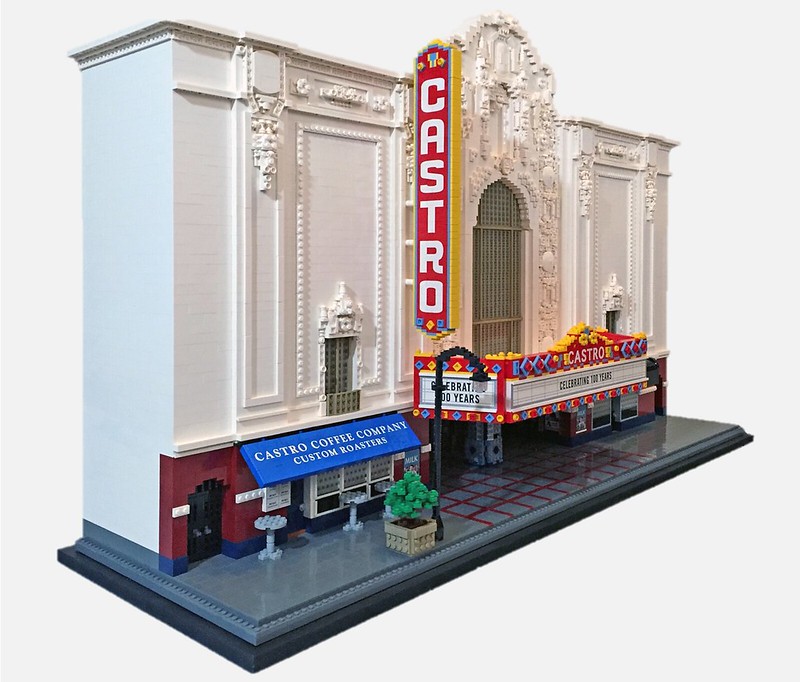 Jonathan adorns the theatre’s exterior with alternating studs and undersides of 1x plates. This “anti-stud” style of building is distinct in all of his builds, even in his earlier urban landscapes. Here, it works wonders for depicting ornate details of the building facade and its multicolored marquee. 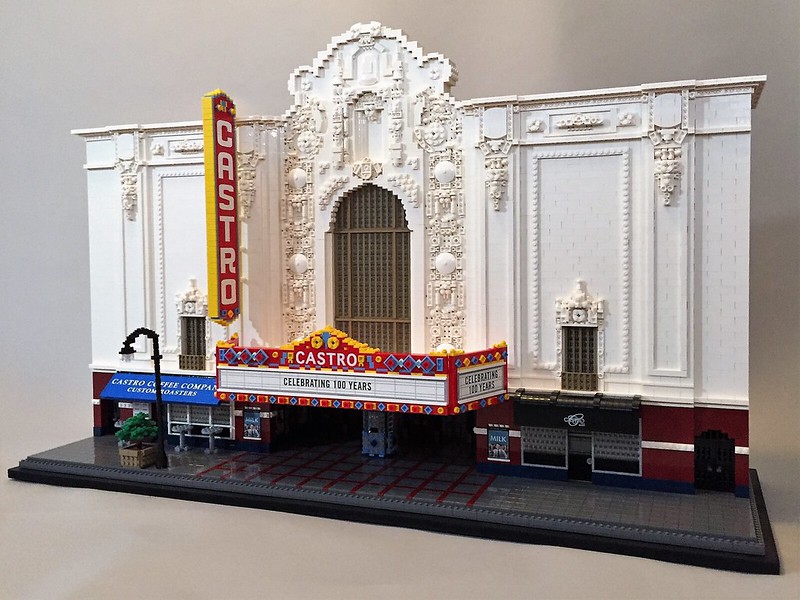 Up close we see the Milk posters of the 2008 biopic about Harvey Milk, former San Francisco mayor, activist and first openly-gay elected official of California. This angle really transports me to pre-Covid days, back when you could walk to the blue-tiled ticket booth and through those wood paneled doors for an afternoon film. 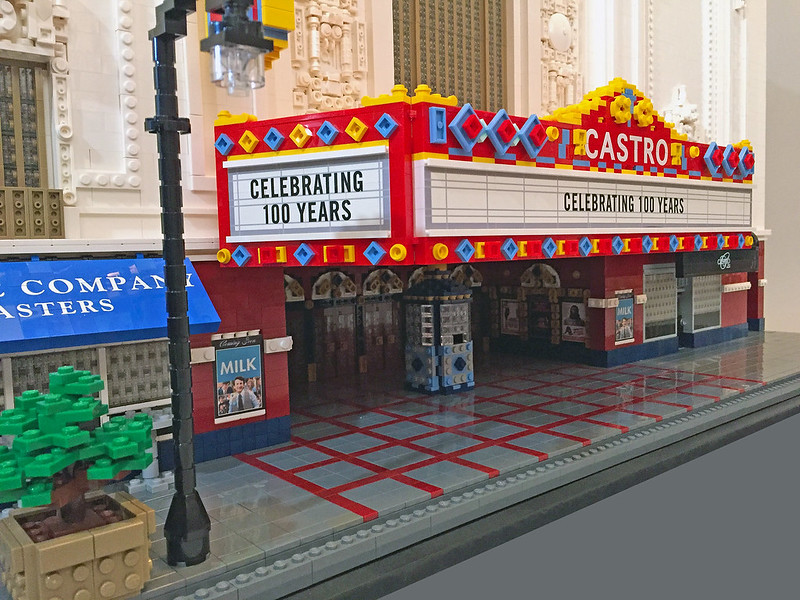 If you’re ever feeling stuck on what to build, try finding inspiration in the architecture of your own surroundings. To kick off your creativity, have a look at some of the other architectural builds we’ve featured!