As much as I like building LEGO cars, I never quite got into building contemporary car models. On a small scale it will never be possible to capture all the details. So, to make a LEGO car model recognisable, it helps for the real car to look distinctive. You can mess up a lot when building a Hummer or a Volkswagen Beetle and they will still be identifiable. Unfortunately, a lot of modern cars kind of look the same. Perhaps none more so than Japanese cars. 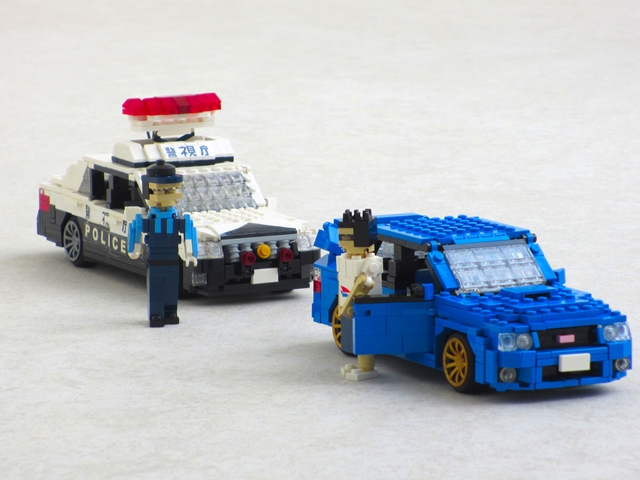 Last year I went to Japan BrickFest. If the COVID-19 pandemic won’t prevent it, I hope to go again next year. With that in mind, I’ve been building more and more Japanese cars. So far I’ve managed to build a fair few recognisable ones, including an ambulance and a rather wacky-looking courier van. I’m still looking for more distinctive examples, though. My most recent Japanese cars are the Toyota Crown and a Subaru Impreza WRX.

If a Toyota Crown were to pass you on the motorway or interstate, it’s entirely likely you would not notice it. Toyota does not export these cars to North America or Europe, but they look virtually indistinguishable from every other large Japanese four-door sedan. However, the Tokyo police also use Crowns and they look decidedly more interesting. They’ve got a sleek black-and-white paint scheme and the light bar on the roof has a mechanism underneath to raise it. This makes the car more conspicuous when it is stationary. And conspicuous is good. 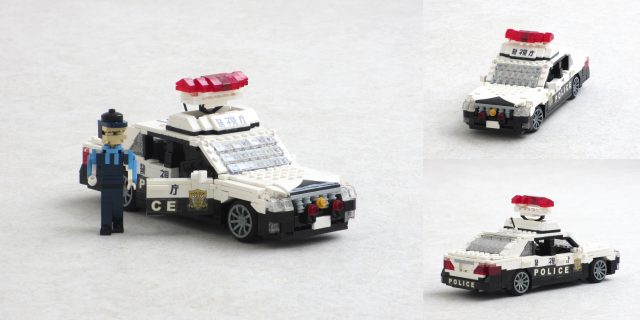 Subaru is a fairly small Japanese car manufacturer. Their cars are affectionately known as Scoobies. Most of them are off-roaders for people who (want to give the impression that they) have outdoorsy lifestyles or econoboxes with dubious styling. The basic Impreza fits the latter description. It really does not look all that impressive. However, back in 1995, Scottish rally-driver Colin McRae won the world rally championship driving a blue Impreza. His car had gold wheels, bulging sides, a hood scoop and a big rear wing. Ever since Subaru have been building hot Imprezas, whose designations read like marketeers have been banging their heads on their keyboards. My model represents a 2004 Impreza WRX Sti “Blobeye”. I think it is vulgar, but it is oh so recognisable. It may also be the only car that looks borderline acceptable with gold wheels. 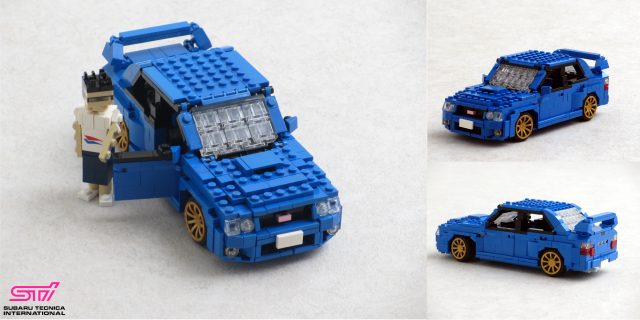 The Impreza WRX was built for gravel roads in, say. Lapland, but in its home country it is also used for drifting on the infamous tough mountain roads or circling the Tokyo C1 / Shutoko inner loop ring at high speed. That is, until the Japanese fuzz catch it, of course.