LEGO builder Matthew Terentev built an amazing Technic replica of a 70s-era Russian station wagon, the GAZ-24, and then he crashed it. The result is this fascinating depiction of a crashed LEGO car, which is something that even after years of featuring LEGO models here on The Brothers Brick I haven’t seen done well more than a few times.  Rather than just being a partially disassembled pile of bricks, you can tell exactly how the front-right impact crumpled the hood and bumper of this racer. 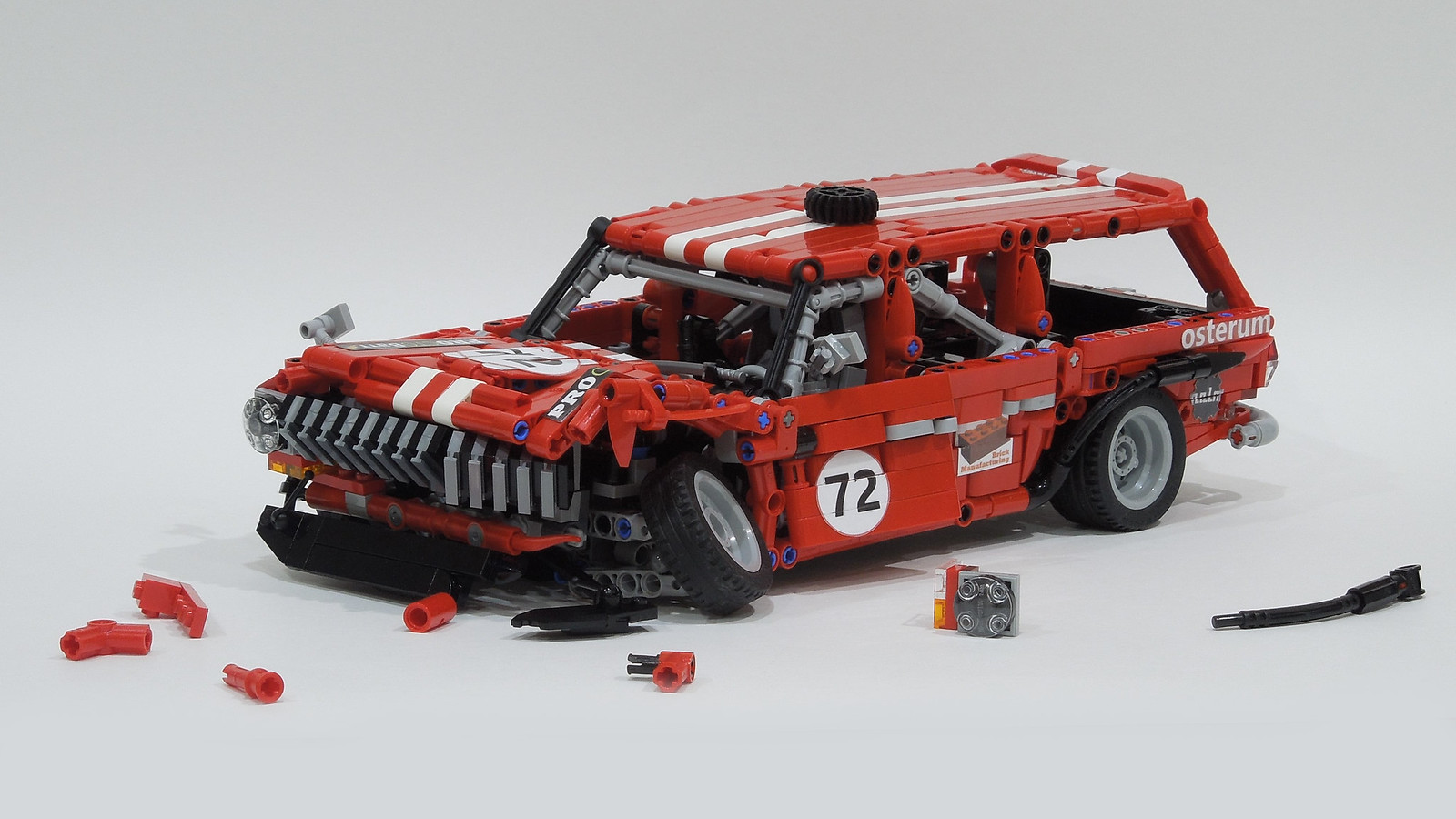 What’s even more unusual is for a LEGO car to have a story. But Matthew didn’t just build the crashed Gaz-24. Instead, he gives us its whole life as a car, starting with the original, factory spec wagon. 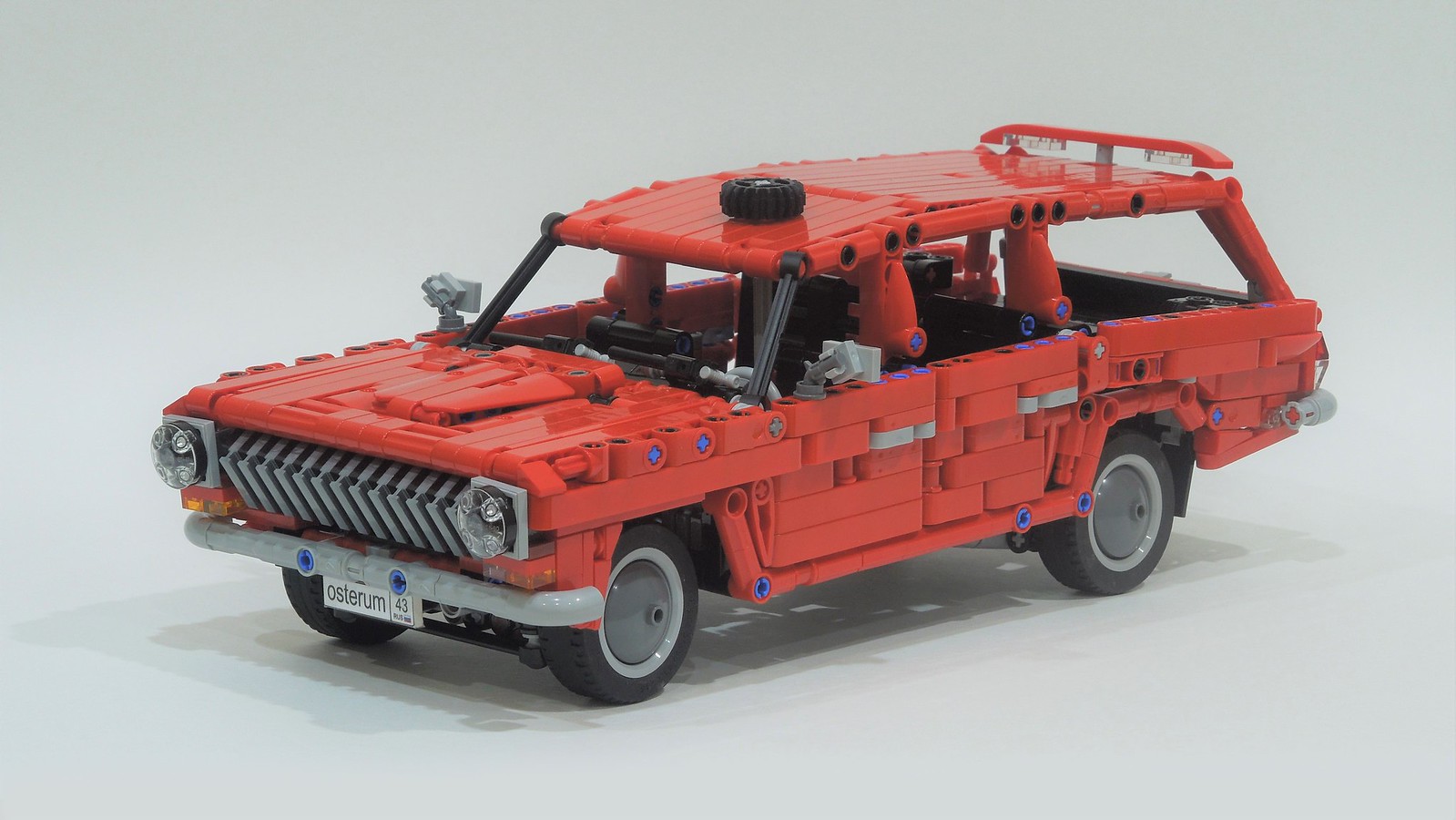 The original model includes a full interior, engine, and even a spare tire below the floor in the back. It also features working suspension and steering, which in true LEGO Technic form can also be controlled with a dial on the roof. 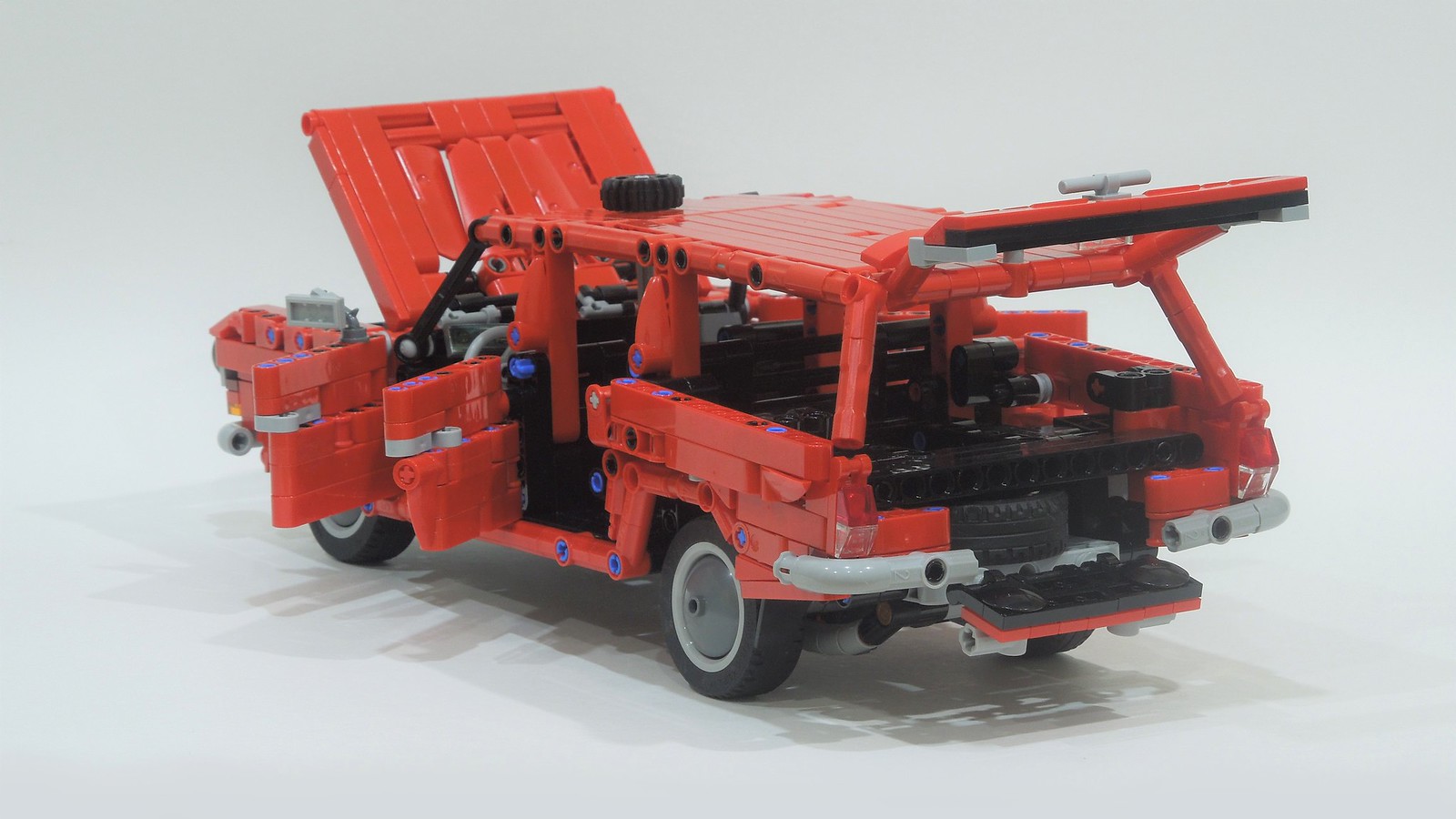 Next up, the wagon was converted to a slick drifter, which meant getting a full roll cage, widebody fenders, and some great custom decals, as well as an upgraded engine. 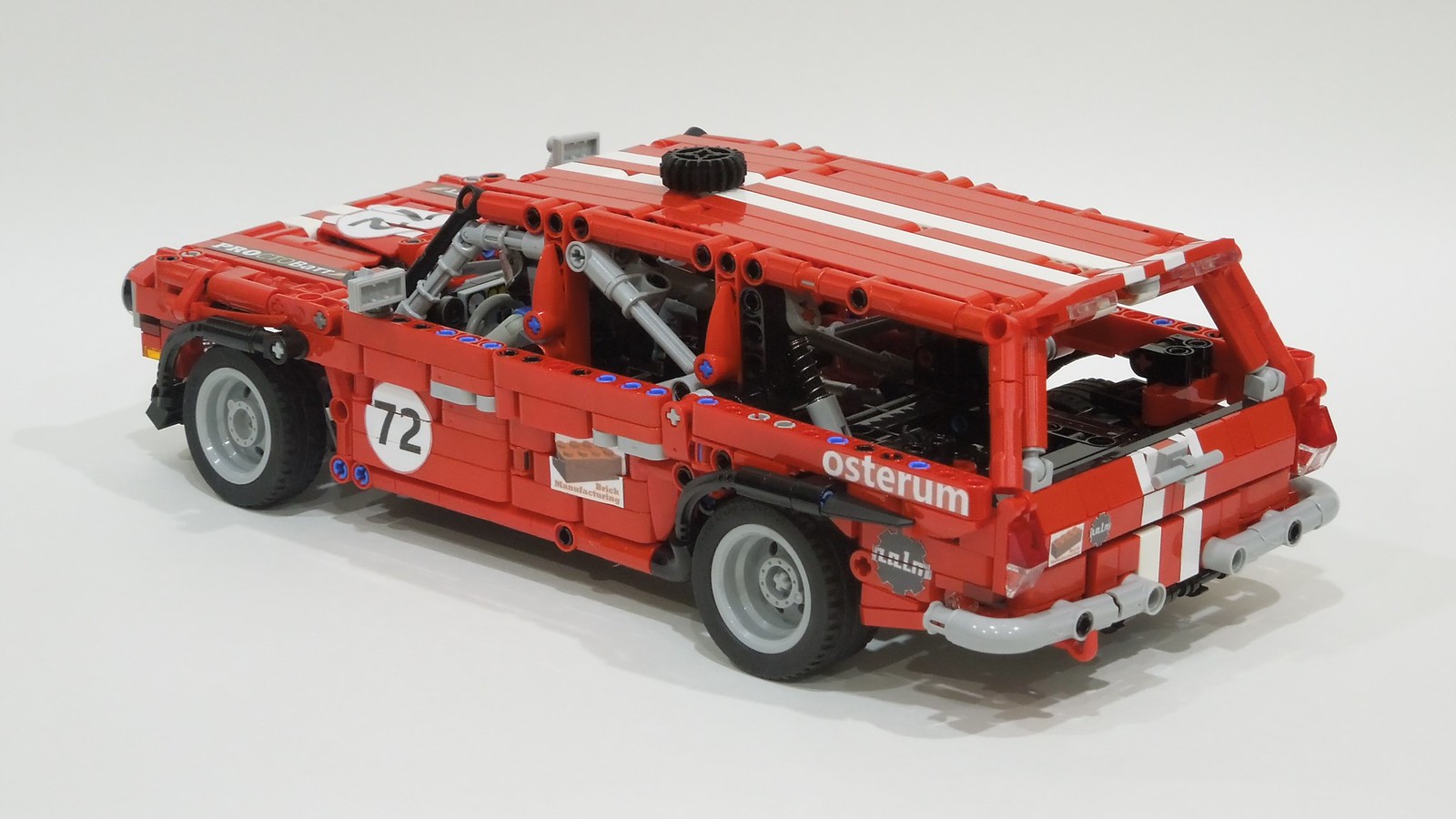 But then disaster struck! It seems the driver was a bit too enthralled with their new racer and cut their track time short with a quick stop into a barrier. Time to haul the old Gaz home and fix her up. I’m eager to see where this car goes next! 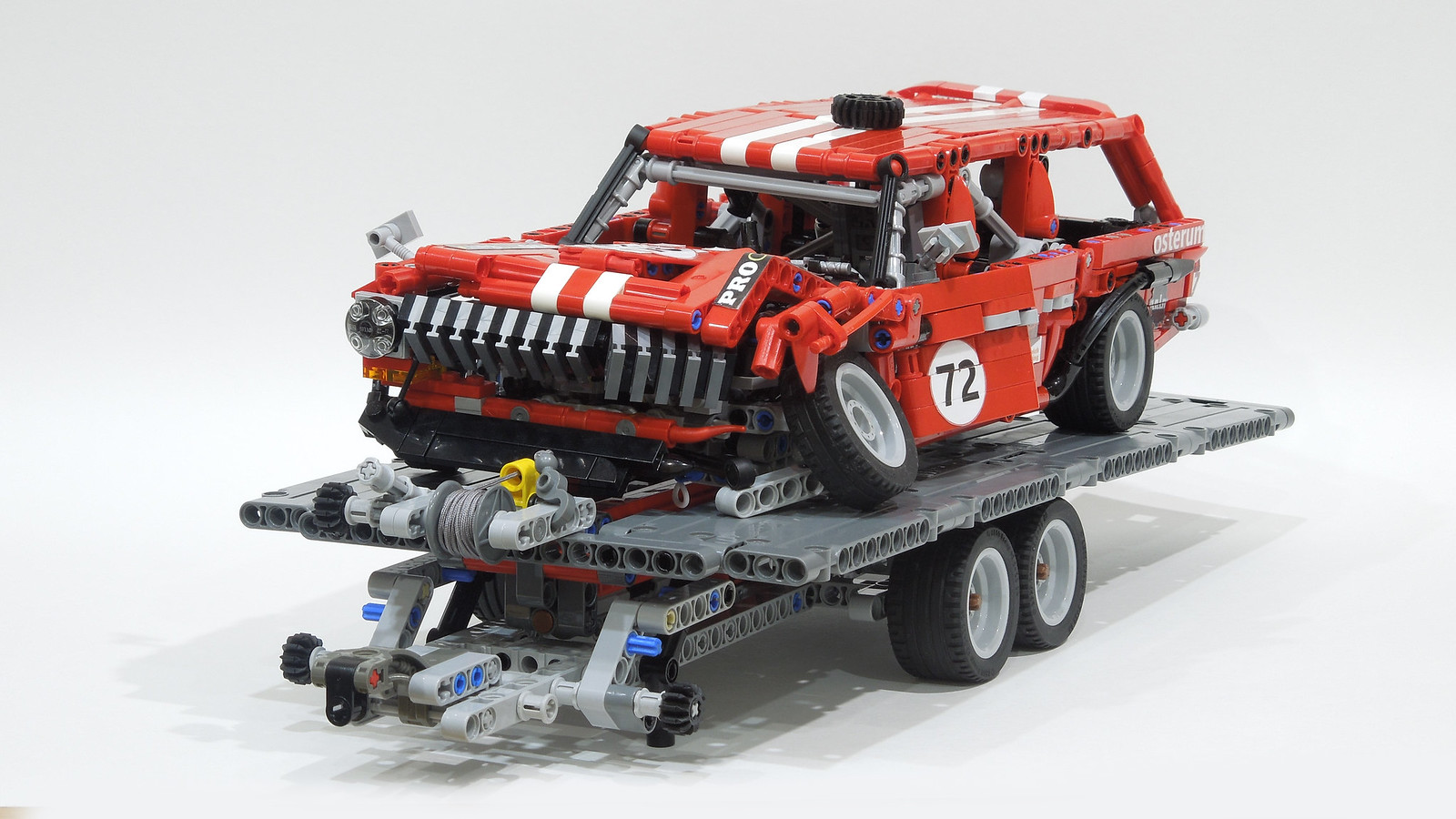