Are you bummed about the recent cancellation of LEGO’s Technic Osprey V-22 set? Yeah, me too. It’s like LEGO suddenly remembered that they don’t like being associated with military stuff and then it’s no soup for you! The decision has me scratching my head over what to do with the official Red Baron and both Sopwith Camel sets now. Anyway, Simon Liu is not one to let a cancelled set bring him down. I know it’s not the same, but here’s his very sleek futuristic V-42-Osprey in neat olive green with orange highlights. The point of showing you this is, while LEGO occasionally makes doofus decisions, they provide the pieces so that you can build anything you want. Who needs directions and an official set? With LEGO bricks and a bit of imagination, the world is your oyster. Or Osprey. 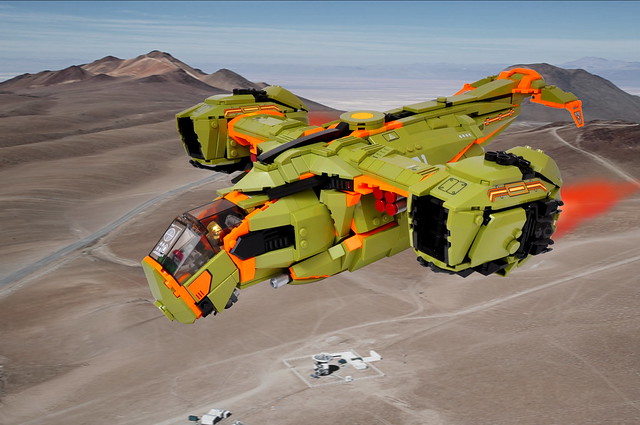