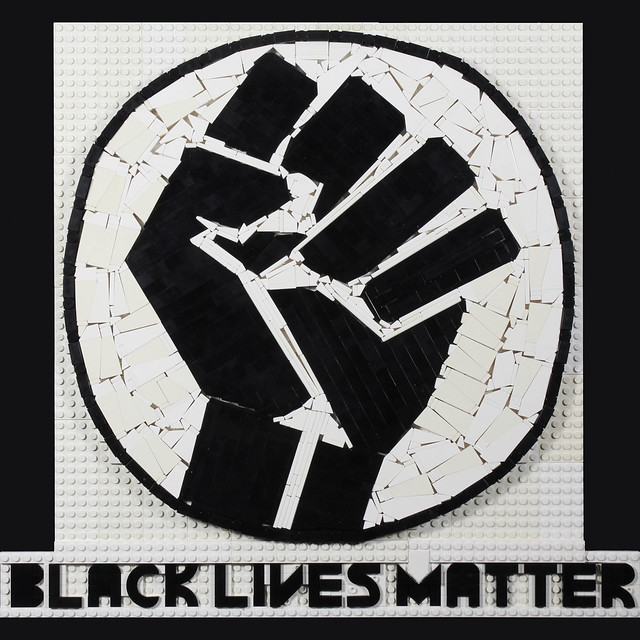 There are far too many of our own readers who react each time we share a message-oriented LEGO creation by telling us in the comments that they want politics to “stay out of LEGO.” (Or more amusingly, decry “TBB suddenly becoming political” with no awareness of our longstanding editorial stances on important issues of the day.) Of course, what these individuals mean is that they want viewpoints that they don’t agree with to stay out of their LEGO hobby — an instance of possessively toxic fandom in which their own personal interests exist separated from the outside world. However, we believe that many of the best LEGO creations are indeed art, and I personally agree with Nobel-prize winning author Toni Morrison that “all good art is political.”

As I write this, I’m under both quarantine and curfew in my own city, while militarized police and the National Guard face off across America with protesters expressing anguish and anger not just about the murders of George Floyd, Ahmaud Arbery, Breonna Taylor, and thousands more but also about systemic racial injustice and police brutality in our broader society. If as you hear the phrase, your response to “Black Lives Matter” is “Well, all lives matter, don’t they?” or “Blue Lives Matter!” you demonstrate your ignorance of the America we live in and its history, and you owe it to yourself to get educated. The slogan “Black Lives Matter” is itself a counterpoint to a society that leverages centuries of institutionalized racism to tell African-Americans through their lived experiences every day that their lives don’t matter.

I also write this from a place of incalculable privilege myself — privilege built not merely on the fact that I am white and male, but on nearly 500 years of our nation’s sordid past. The Becraft family arrived in the United States from England before 1660, more than likely settling on land wrested by force from indigenous peoples. By 1800, my sixth-great grandfather Benjamin Becraft is listed on the 1800 census in Montgomery County, Maryland (just outside of Washington, D.C. today). In the last column that indicates the number of slaves owned by the listed head of household, the horrifying number 20 appears. By the next generation, my ancestors migrated through Kentucky (where they are recorded warring with local Indian tribes and where they also likely sold their slaves to plantations in the Deep South), then to Indiana, Illinois, California, Oregon Territory, and finally Washington Territory, taking more indigenous land with each generation’s move westward. The privilege I experience with my college education, professional job, corporate healthcare, single-family residence, and absence of fear from police brutality is a direct consequence of the lives and land that my ancestors stole from people of African and indigenous descent.

If you’re privileged enough to participate in the expensive LEGO hobby, no matter where you live in the world, take a moment to consider your own privilege — and the history where you live that delivered that privilege to you — before throwing “All lives matter!” (sure, but that’s not the point) or “Blue Lives Matter!” (this response shows a distressing loyalty to the police state rather than your fellow citizens who are suffering) back into the conversation.

So instead of asking you for a general response to current events on the news, to “Black Lives Matter”, or even to Dave’s well-built mosaic, I will ask you this instead: How has your privilege or heritage affected your participation in the LEGO hobby? And what are you doing to make our hobby a more open and inclusive space for people of all backgrounds?