The world watched in horror Friday night as terrorists apparently loyal to Daesh attacked innocent people across Paris. It hardly seemed possible that something so evil could be happening so soon after the Charlie Hebdo massacre in January. Over the following days, LEGO builders around the world have reacted with a variety of LEGO creations showing support for Paris and the people of France.

Are Heiseldal posted this understated image of the Eiffel Tower against the French tricolor. The dark lighting provides a subtle statement about the world’s grief. 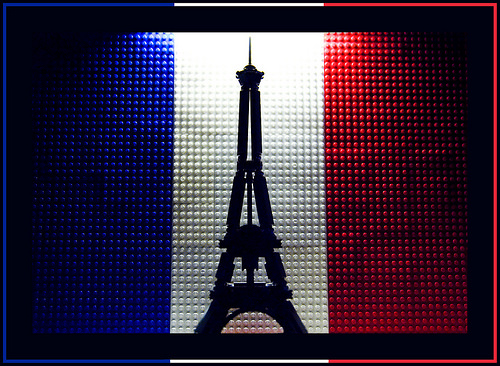 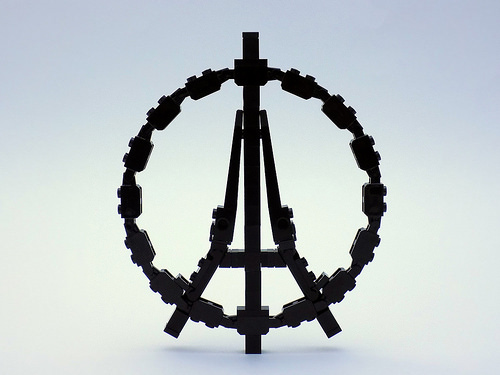 This heart-wrenching creation by French builder Jimmy Fortel reflects the pain caused by such senseless horror, and states emphatically that this attack on Paris is truly an attack on the whole world. 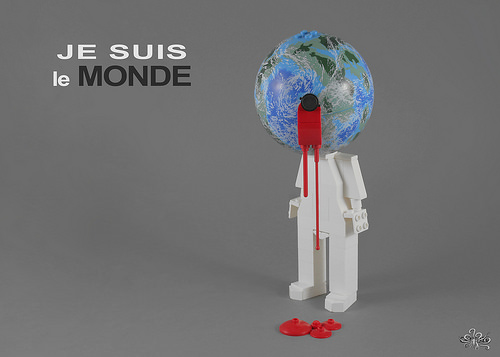