Even months after its release on Disney+, The Mandalorian continues to be an inspiration for amazing LEGO creations. My new favourite is this diorama by CTR Bartosz. This scene from Chapter 1 of the series is packed with details that help tell the story. First, there are the characters: the Mandalorian and his bounty, the Kubaz waiting to call them a speeder, and the remains of a Quarren, cut in half by the door. Then there are the little things, like the tracker, the Quarren, or the dark red pieces representing his guts. 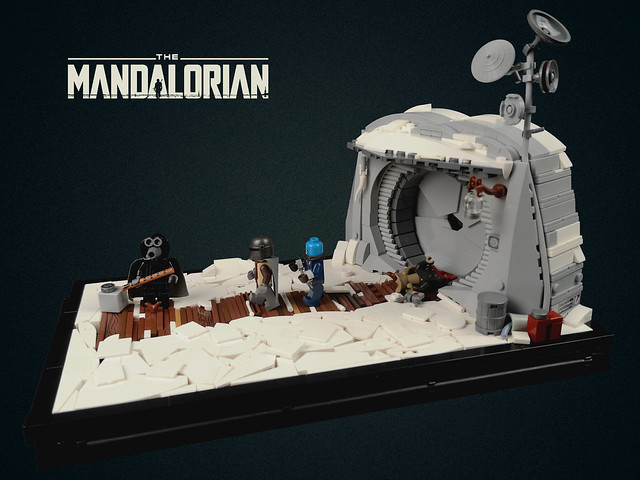 Or the door itself, brilliantly designed using flag elements. Looking past that there’s the light fixture made out of a brown horn and piece of chain link. 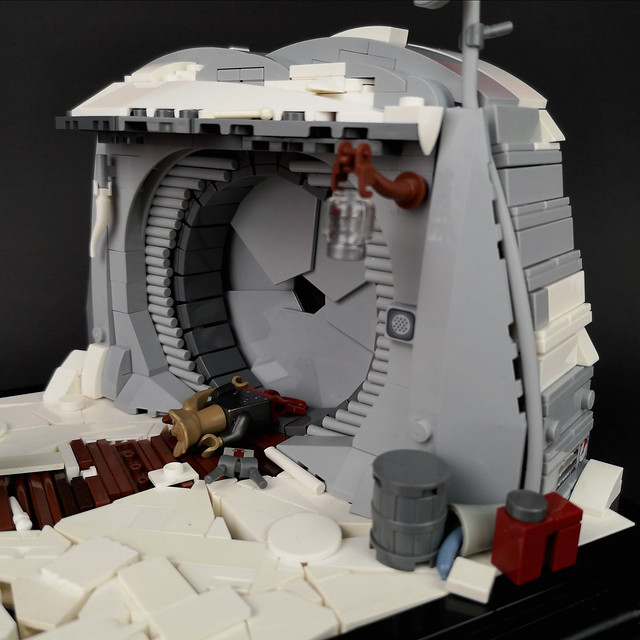 The textures used throughout are amazing as well. From the bars used for the wall around the doorway, to the alternating brick, tile, and panel stepping in on the side of the building. The pathway looks perfectly worn by mixing the tops and sides of plates and tiles, and then adding a few small white elements to make it look like the snow is packed between the boards. Finally, the snow itself is extremely well done, just by arranging slopes on their sides and placing a few white window glass pieces on top. 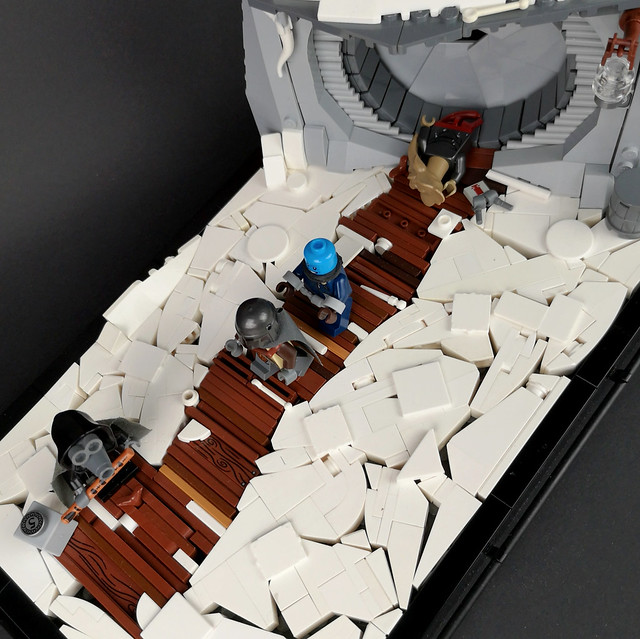