Continuing our series of behind-the-scenes articles about LEGO Masters, we chatted with showrunner and executive producer Anthony Dominici about what goes into making a feel-good reality TV show. Anthony has previously worked on Making It, Extreme Makeover: Home Edition, and The Amazing Race (which he won two Emmys for). 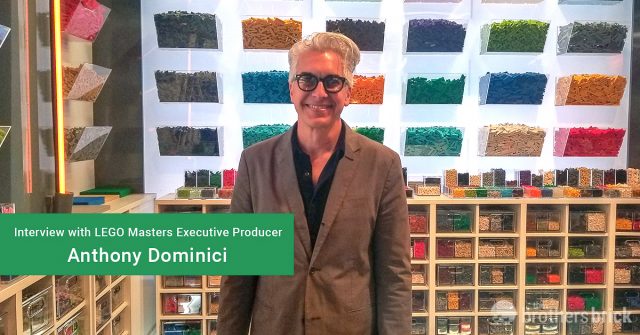 Anthony is no stranger to LEGO–his cousin Phil Lord co-directed The LEGO Movie (and coincidently is a guest on the upcoming season of LEGO Masters). We chatted about why the time is right for LEGO Masters, how the show is run, and his own personal history with LEGO.

What was the thinking behind bringing the show to the United States at this moment in time?

I personally love working on positive and creative television projects–TV shows that families can watch and experience together. These kinds of shows are timeless like LEGO is timeless. It is always a good time for this kind of show because people want to be inspired. This show will hopefully inspire people in a few ways, from seeing someone’s building ability or hearing their personal stories, and hopefully seeing those stories in what they build. Before this, I used to produce Extreme Makeover Home Edition and got the chance to help build homes for deserving families in need across the country. That was a super rewarding experience and I’ve felt similarly working on LEGO Masters.

How was the search process for finding contestants?

Our casting team went deep and looked at everyone we could. We looked in every nook and cranny. There are so many LEGO fans and incredible builders out there! It’s really awesome how many different kinds of people build LEGO, so we really encouraged our team to find builders everywhere, to expand and find friends of friends, maybe people who aren’t very public about it but who are incredibly talented, people who build for their community center or just post online. I think we ended up with a great cast of contestants.

What were the logistics like working on LEGO Masters?

I’ve worked on all different types of shows like The Amazing Race where we’re sending teams all over the world and planning all the trips, challenges, and doing all the paperwork to Extreme Makeover: Home Edition where we’re building an entire house in a week. But I think LEGO Masters literally has the most moving parts! We have 3.3 million of them in our brick pit to be exact. It is crazy to think that our builders will use them all, but they do! Behind the scenes, after the teams make these epic builds, we have to replenish the brick, we have to take apart some things, we have to sort it back to where it goes and that takes forever! We also had to figure out the timing of it all. We worked with our LEGO experts and the judges and even LEGO fans to test how long it takes to build this thing or that, or how much time was needed to make something really big and had to factor that into a limited production schedule to make the most of it.

What have been both your favorite and hardest moments working on LEGO Masters?

The hardest part is honestly when a team you love goes home… because they put so much hard work into it and we’ve gotten to know them so much! We’ve had eliminations where I’ve been crying along with them. I’m not afraid to say that. We’ve had many heartfelt moments on the show, but If I as a producer can connect with them and what is happening on an emotional level, it’s a good show, and I can hopefully translate that same experience to the audience. The most fun part is working with Will.

Will is incredible. He is so funny. Every day he comes and brings his A-game. He’s a great host, and this might be one of his first times hosting a show. He is willing to try anything, and that is one of the coolest things I’ve ever experienced as a producer because what more could I ask for? He is really into LEGO, he’s loyal to the brand, he’s already part of the LEGO family from the LEGO Batman Movie, and he puts his heart into it. That’s who he is. He’s a creative and funny guy every moment of the day, and I see that the most when he is interacting with the teams. 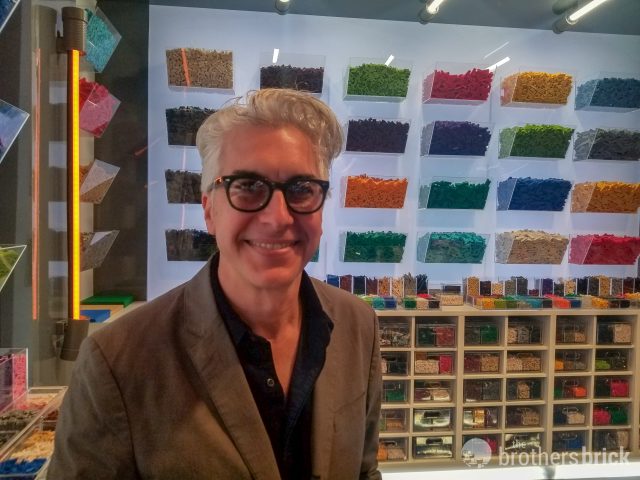 What is it like having Nathan Sawaya working on the show?

Nathan is incredible. He’s been doing all the behind-the-scenes building for us and has been a great partner. Aside from the contestants who are building as quick as possible, Nathan and his team have been building things for us sometimes with even less time. For example, if we use a prop made out of LEGO or the contestants need something to inspire them, he’s the one who has built it. He built the LEGO Masters logo on the door, he built the trophy, and he built an incredible layout for our first episode I can’t wait for everyone to see. You could say he’s our LEGO artist in residence. There were times when we would have a last-minute idea and call Nathan and say, “Hey, we need a prop in the background” and it would be on set the next morning! It’s uncanny how quickly he can put things together.

Do you have a personal history with LEGO?

I was a fan of LEGO growing up. Literally some of my earliest memories are building LEGO trucks and cars with my brothers. Now I have a nephew and every time I go home to New Orleans we’ll play with LEGO and it is the most fun thing ever. I just gave him a LEGO Millennium Falcon for his birthday so we’ll work on that together. I love LEGO because it’s like the most malleable thing you could play with and if you can imagine something, you can create it. It is so engaging and an incredible way to be fun and creative.

Aside from LEGO sets with instructions, do you build anything on your own?

I like building my own LEGO stuff and challenging my nephew to see who can build the tallest tower or build the fastest racecar. I’m trying to bring that same kind of experience and feeling to LEGO Masters, but take it to the next level by blowing it up and making it as big as possible. I think a lot of people will connect with that and building their own LEGO creations.

What does LEGO Masters offer viewers who might not enjoy LEGO?

If you can dream it, you can do it. The most important thing is seeing these amazing people and their imaginations and how they bring creativity to life—how they can dream something and then build it. Honestly, that’s the coolest thing about the show and about LEGO. But it is also exciting. We showed a quick glimpse in the trailer of someone’s creation falling apart after who knows how many hours it took to build, and it was heartbreaking. It just shattered! It is an emotional moment since they put so much effort into it, but even more exciting to see them work twice as hard to recover. The builders have also thrown us producers a few exciting curveballs that we are excited for everyone to see.

Will there be a season two of LEGO Masters?

I certainly hope so because this has been the most fun show I’ve ever worked on! I’ve worked on some awesome shows before but this one is so creative and so fun. I love the people, I love this crew, I love working with Will. And I love the LEGO judges Amy and Jamie. The more we work with them and the builders, the more ideas we get for new challenges. I already have four or five in mind for next time if we get there. LEGO Masters has been an unbelievable experience that I hope is a hit with the audience so we can keep on sharing this creativity with the world. 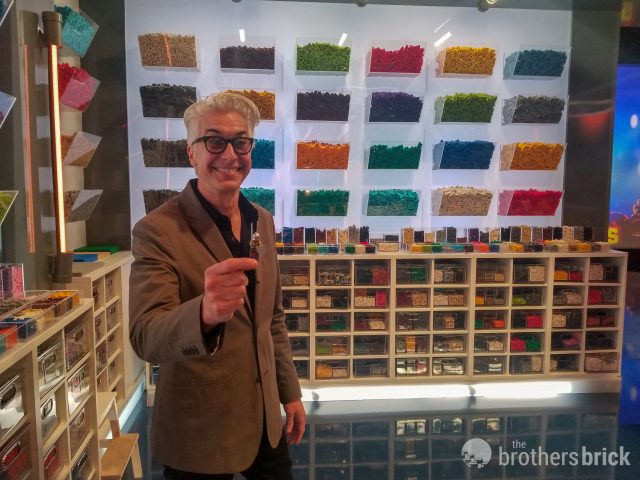