LEGO Masters arrives in the US in less than a month, and anticipation for the brick-building reality TV show is growing steadily within the LEGO fan community. The Brothers Brick was invited to visit the LEGO Masters set last month ahead of the taping of the finale, and we interviewed several key players on the show including LEGO Batman himself, Will Arnett. 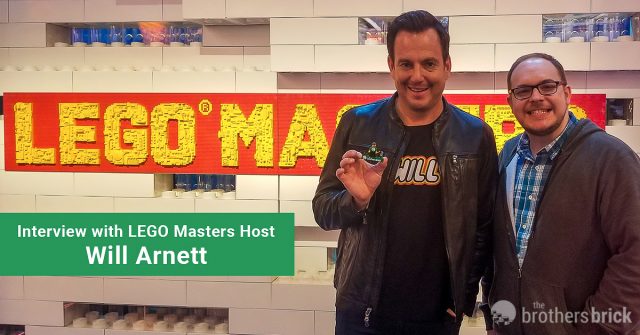 In the interview conducted by The Brothers Brick News Editor Dave Schefcik and Megan from Brickset, Will Arnett talks about hosting the show, how he interacted with the contestants, his own personal history with LEGO, and if he’d come back for a second season. 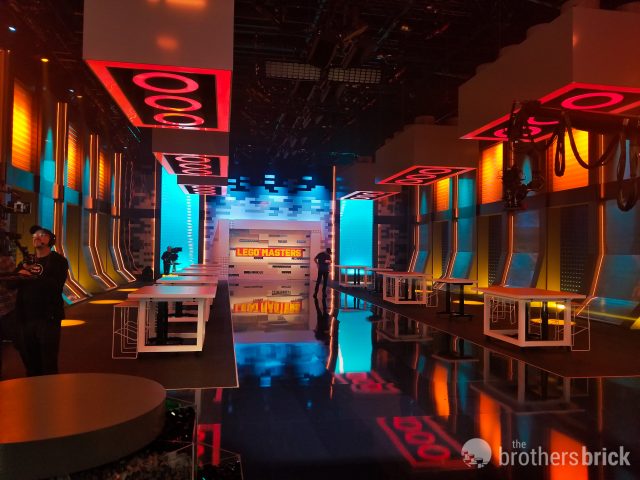 This is your first time hosting a reality show. How have you interacted with the LEGO Masters teams?

My role is to be a cheerleader for the teams. I’m the grease that keeps the wheels going on the show.  It’s a role that I’ve never done before, but it’s pretty fun! We try to encourage them to bring as much of their personality into the builds as they can. The Brickmasters (judges Jamie and Amy) and I are always trying to encourage the contestants to use as much color as possible and let their own personalities come out in the builds. Sometimes it’s successful, and sometimes it’s not. Of course, it’s a competition so they want to do well and they’re incentivized that way. But the more relaxed they get and the more fun they have seems to be a pretty good way of getting them to dig deep creatively. 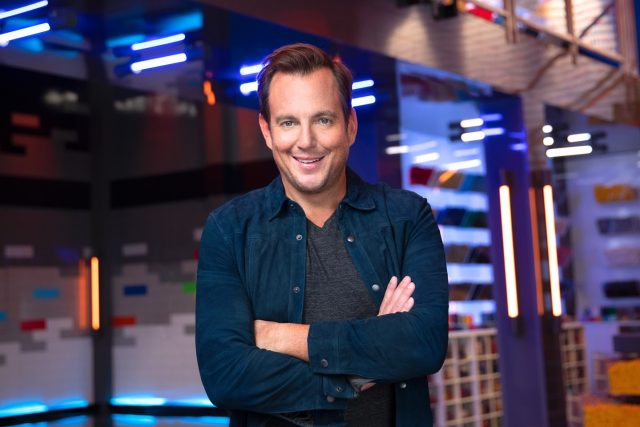 How have the teams interacted with each other? Has it been more collaborative or competitive?

It’s really incomparable in a lot of ways. One of the great things about the LEGO community is that it is quite collaborative and supportive. People are fans of each other’s work, and certainly that’s the case with the contestants. Each team wants to win for sure.  But there’s not really gamesmanship, so they’re not really playing against each other in that way. You don’t see a lot of psychological games going on. The teams get quite attached to each other. When teams are eliminated, when they’ve been building alongside each other for a couple of months, they really feel it when somebody has to go home. 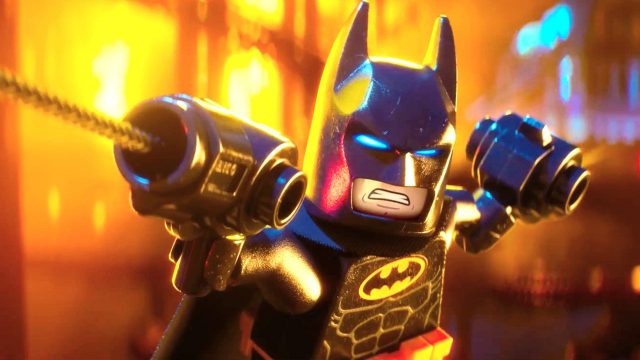 You’ve been involved with LEGO for a long time – most of our readers know you as LEGO Batman. From that experience, what’s your impression of what the teams are accomplishing here at LEGO Masters?

I’m amazed and constantly impressed at how good some of the builds are – not just the creativity, but the engineering. We had incredible builds with the bridge challenge, where the teams had to build a six-foot span bridge and see which one could withstand the most weight. You see that they’re using real engineering techniques out of LEGO bricks. The ways that they constructed these creations, not only were they structurally sound, they were also architecturally impressive. 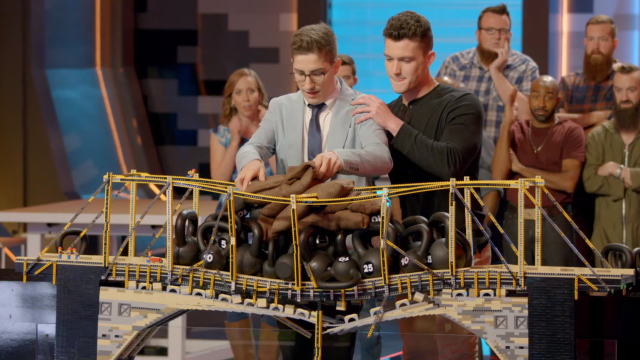 Do you build any LEGO yourself? What are your favorite LEGO themes personally?

I like to build what my kids like to build. Most of my building revolves around what my kids do. Of course, I’m always trying to push them toward LEGO Movie, LEGO Movie 2, and LEGO Batman sets. My sons have been getting into Architecture, and we did the NASA Saturn V rocket most recently. That’s where they’ve started to go now maybe because they’re getting older.

Has hosting the show inspired you to build any of your own creations? Could we see you as a contestant?

(laughs) I don’t think anyone could see me as a contestant! The quality of talent out there is so high, it would take me a while to get to that level. Just being in the LEGO-verse starting with the first LEGO Movie reignited my passion for LEGO. Really for the last 9-10 years, I’ve been quite into it. 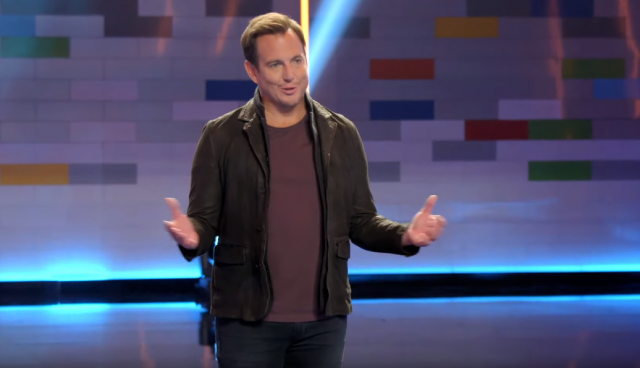 Have you learned anything from hosting LEGO Masters?

Certainly my appreciation for how great these builders are has increased from doing the show – I now recognize how hard it really is. Not only that, the one thing that separates this show from building at home is that these guys are doing it under a time constraint. We have some snap builds that they have to do. Sometimes they have to build things so they can be smashed, so the builds have to look good when they’re built and they also have to look good when they’re getting demolished, whether it’s by a baseball bat or dropping them or even if we put explosives in them. That’s a really narrow target to hit and watching them do that has been super impressive. 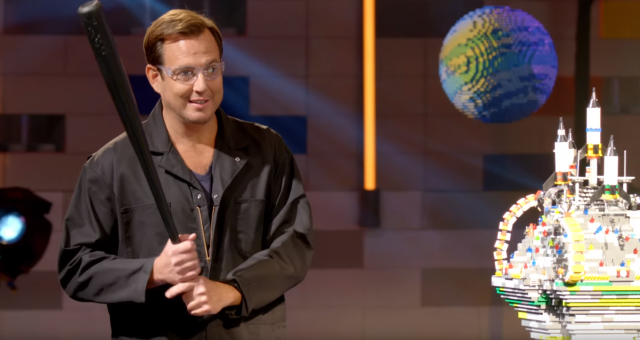 If you were offered the opportunity, would you host LEGO Masters Season 2?

Generally, I don’t answer hypothetical questions but – let me put it this way, I’ve had a really fun time doing the show. It’s been super satisfying. What’s been really cool is how many people have wanted to come over and hang out at the set. My kids have wanted to be here at all times – as soon as they get out of school they’re always like “can we just come straight to the set?” which has been rad. A lot of people have had their families around so that’s been really cool, and we’ve had some great guests on. Jason Bateman showed up one day with his daughter because he’s been building with her a lot right now, so in that way, it’s been really cool. I like being around it. 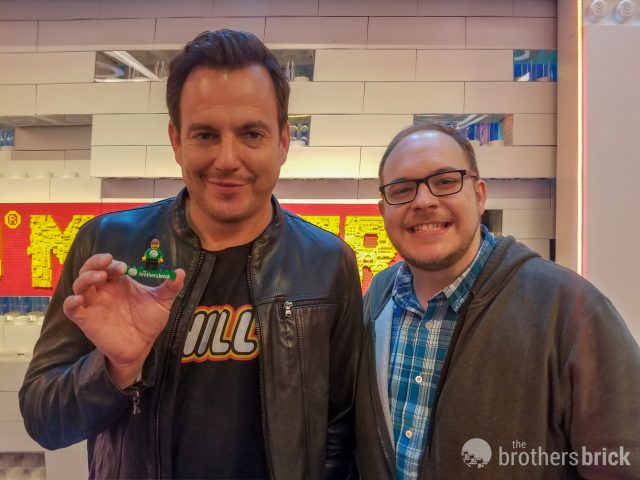