Baby Yoda has been taking the internet by storm since its oh-so-cute appearance in Disney’s new Star Wars show The Mandalorian, and LEGO builders are getting in on the game too. In fact, we’ve already featured not one but two versions of the green alien infant by Miro Dudas and hachiroku24, and both even have instructions for you to build your own. However, this latest digital version by L-DI-EGO is a much larger scale and is captures the adorably large eyes and trusting expression better than ever. The as-yet-unnamed little guy comes complete with big expressive ears and a voluminous robe made of dark tan, with exposed studs for texturing. 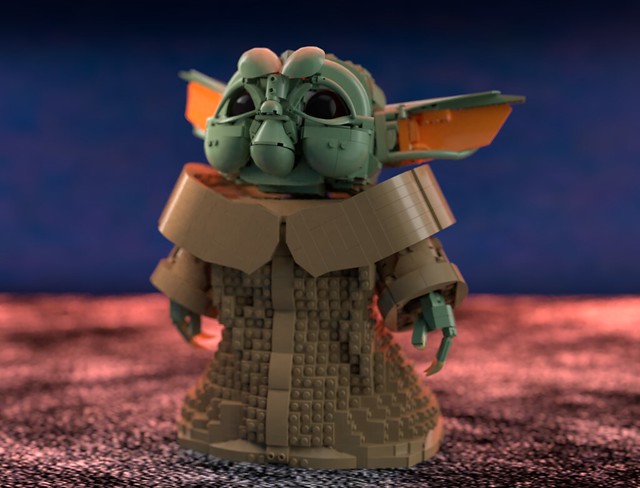 And before you ask, no, the builder has not provided instructions for this guy. You’ll just have to reverse engineer it all on your own, but here’s a hint: the lower lip and forehead are made of shoulder armor bits.