Builder Fedde Barendrecht is hellbent on building complete weirdness and I am hellbent on cracking jokes about it. It’s what the nature shows call a symbiotic relationship between two diverse species who are mutually benefiting one another. Like many of us on Friday nights, this creature is a “Beligerant Beholder”. What is he/she belligerently beholding, you may ask? Well, I’m glad you did. Has this ever happened to you? After a third snap of the fingers you’re suddenly embarrassed to finally hear “hey, my eyes are up here, honey!” I am guilty as charged but who could help it? With eight legs, two dangly arms, a couple of tusks, two centralized protuberances of unknown purpose and what might be an epaulet comb-over there is just so much to stare at. Couple this with the fact that this creature’s eyes are atop four stalks and you have all the makings of an awkward conversation indeed. 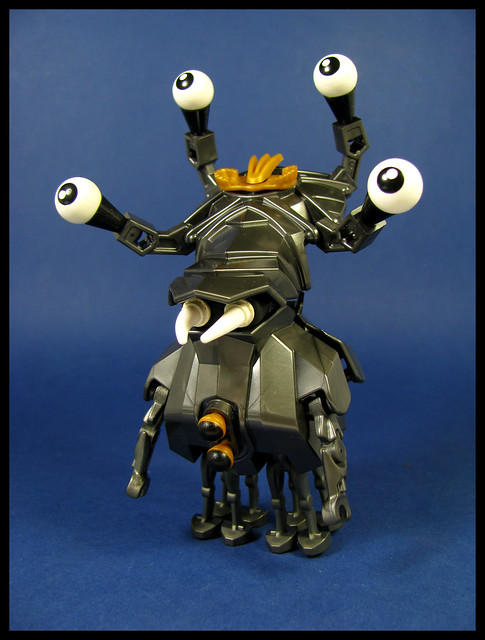