For it is written, twas the Triassic Era LEGO Gods of Legend who sayeth unto he “go forth and buildeth a SHIP, a Significantly Huge Investment in Parts. It shall be no less than one hundred studs on one side. Thou shalt hence forth do it every September and thou shalt call it SHIPtember for that will be totally bitchin’.” 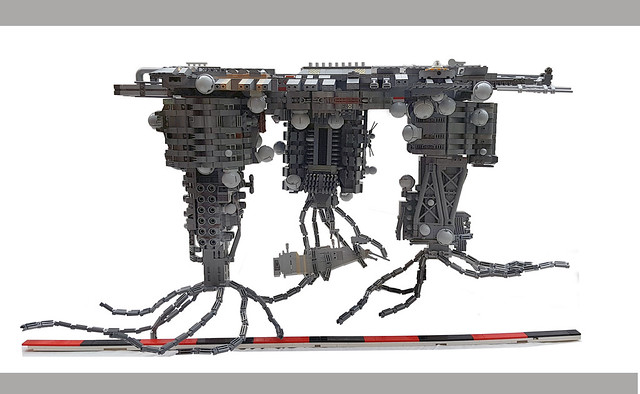 This is a spacecraft that is so alien, so out-of-this-world, so unpredictable, that I can’t make heads, tails, fore or aft of it. The three stalactites, for lack of a better word, each terminate with an array of tentacles and one seems to have an unfortunate ship in its grasp. Repetition of form serves this design well, particularly these in an arrangement reminiscent of octopus suckers. These seemingly haphazard ball and socket assemblies may act as…parasitic barnacles? Habitation pods? Fuel Cells? Polyps? This alien craft proposes more questions than answers. Some things are for certain though. With its tentacles outstretched, this craft exceeds one hundred studs by a smidgen. Lest there be any doubt, Shannon included the measuring device in the photo, a one hundred stud bar with each ten studs alternating between red and black. The other thing that is certain is this build closely follows Shannon’s original sketches, which offers insight into its terrestrial inspiration. 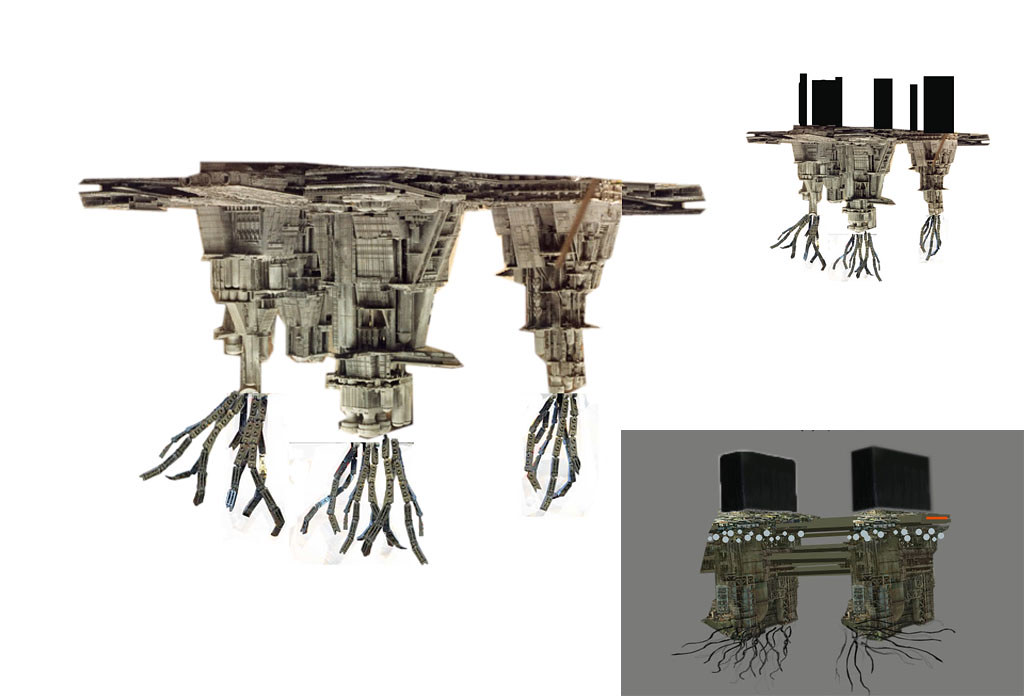