When was the last time you raised your eyes to the sky? There could be so much hidden above the clouds, for example, a community of brave aviators hopping between mountain peaks in their agile airplanes. A breathtaking collaboration project by amazingly talented German LEGO builders, Vaionaut, Ben Tritschler, Marcel V., Mark van der Maarel, Markus Rollbühler, Sylon-tw, and Willem (Steinchen), called Skytopia, is full of steam- and dieselpunk vibes, including huge propellers, flying boats and tons of wood and metal. 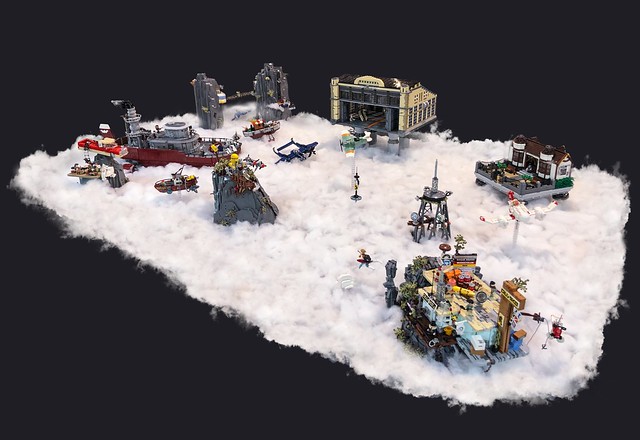 Each of the builds had its own style and idea, which gives us a hint of a not-so-friendly and united community of Skytopia. Although the scene is dominated by massive creation like the hangar and the dark red ship, it’s the smaller aircraft that make the diorama alive and buzzing with action. For instance, this small white speeder by Ben Tritschler carries a couple of retro Bionicle masks as the engines, which fit the design really well. Bonus points are for curved tiles with stripes pattern straight from 75828 Ecto-1 & 2 set; it took me a minute to process that these are not some custom stickers. 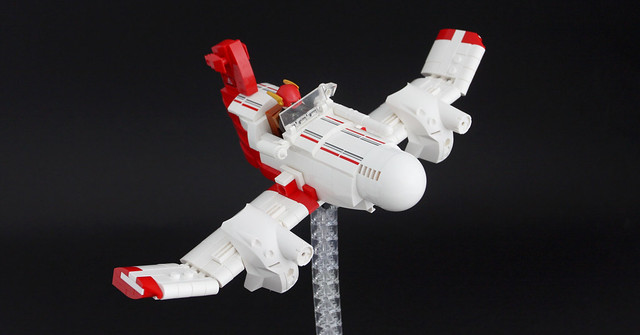 And as for the buildings, a couple of mountain tops by Mark van der Maarel give us a closer look at the life above the clouds. Being woefully afraid of heights, I would never agree to spend a night in a cabin like these, but judging by the accessories these minifigures feel quite comfortable living in such unfriendly place. 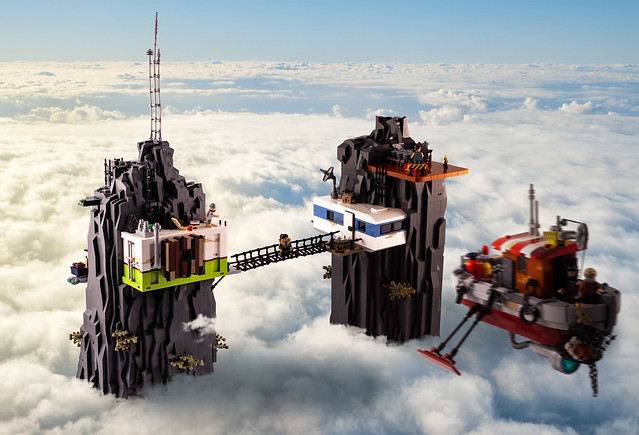 The hangar by Vaionaut brings an industrial vibe to the scene, and proves to hold a surprisingly amount of detail for such a utilitarian structure. From the quoins on the corners to the accordion doors, there’s a lot of fantastic bits to take in. 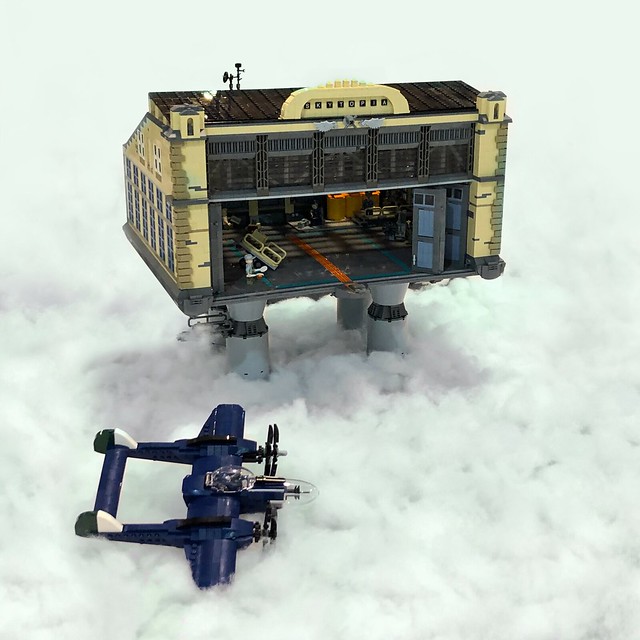