The first scene to grab me was the Quidditch pitch. This angle really captures Harry’s first game, in the split second before he realises the Golden Snitch is directly above him. 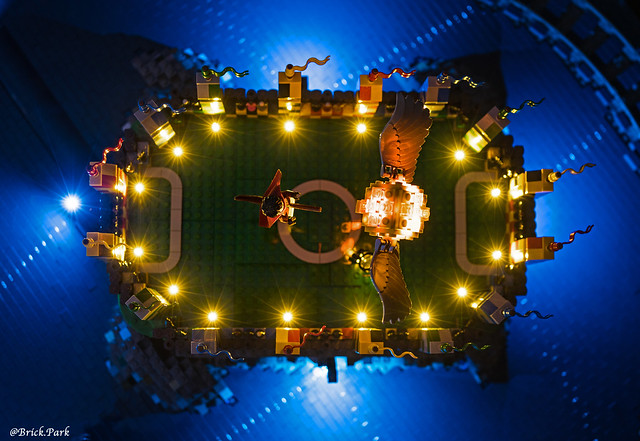 Another brilliant shot brought to life and captured beautifully is Harry’s final duel against Voldemort. Though the backdrop isn’t a half-destroyed castle, it adds a clever connection while highlighting the impressive lights show up front. The sheer force of magic has been achieved exquisitely with the help of some aptly placed power bursts. 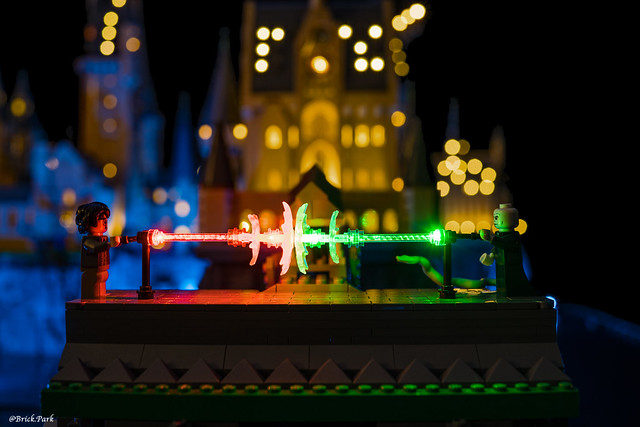 Leaving the best to last, The Great Lake, otherwise know as the Black Lake, lies south of the Hogwarts castle. In The Philosophers Stone, being Harry’s first year, he and all the other first years travel by enchanted boats to the boathouse. This scene has been encapsulated perfectly. The depth in the photos while looking from a minifigs perspective is excellent. Even the reflections are ace. It really captures the impressive size of the School of Witchcraft and Wizardry. 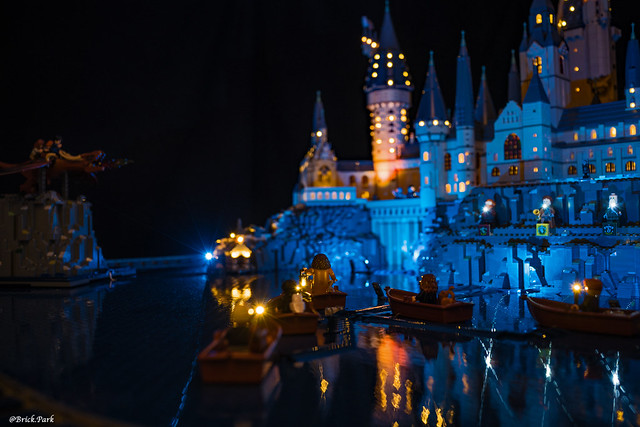 Hyungmin Park has incorporated so many beautiful elements, including relevant places that don’t fit directly into the related landscape of the school grounds, namely the addition of Kings Cross train station. A microscale (or perhaps the slightly larger midi scale) version has been included onto the side next to the Herbology labs off the East Wing, also known as the Hogwarts greenhouses. This scale adaptation is a notable addition, as it houses a functional minifig-scale Hogwarts Express, which then travels around the perimeter of the entire build. This simple mechanism brings movement as well as lighting, which ties the story together nicely. 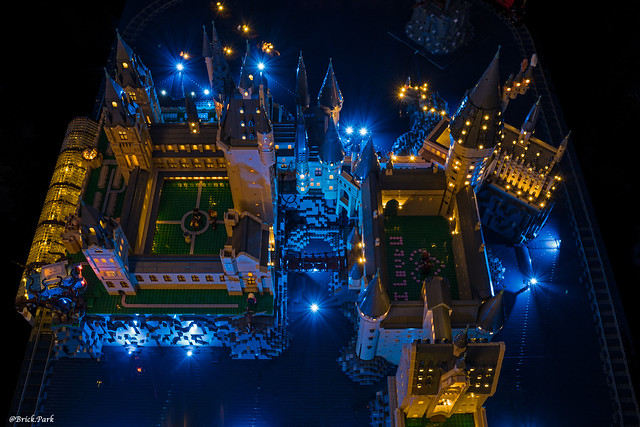 The Clock Tower leading into the Hospital wing and Quad is also a pleasing inclusion, and if you look close you can spy a gorgeous declaration of love for Hermione by Ron. The shaping on the front of the Clock Tower is impeccable, given the nature of such a quirky and magical building. The sporadic lighting in the windows on the roof section really bring this night shot home, making me curious as to what is going on up in the rafters of such an old section of the castle. 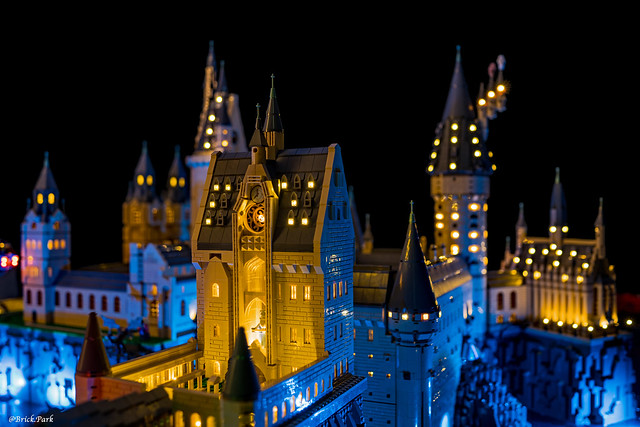 The Astronomy Tower is also extremely impressive with its multiple protruding secondary towers. This is such a beautiful section of the castle that I’m really glad it wasn’t excluded. 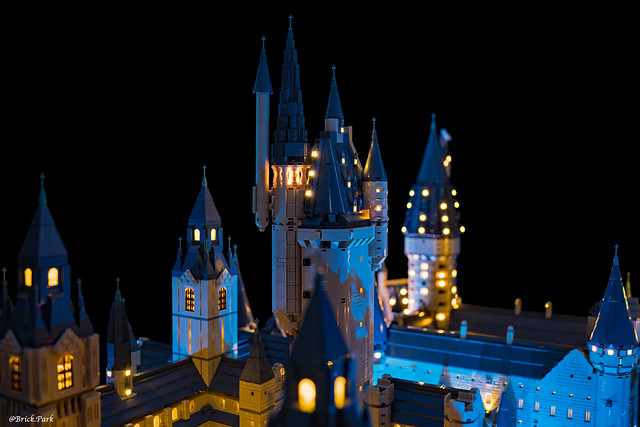 If you’d like to get a better idea of just how big the model is, the builder has included a substantially brighter photo with broader lighting that shows off better details of the broader model. This singular exposé shows off the scale in an unprecedented way. How interesting is the difference in feeling between the contrasting photos? Hyungmin Park doesn’t say how many pieces he used in the model, but given its scale, it’s reasonable to guess it took at least a few hundred thousand bricks. 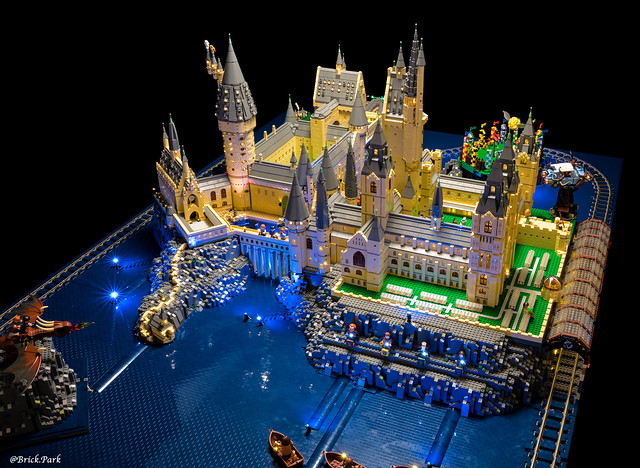 There are so many details to go through, that to explain them all here would become a tome to read. Do check out all the incredible details throughout Hyungmin Park’s album. Then, when you’re done, come and check out a complete Minifigure-scale Hogwarts made from over 400,000 pieces.