A LEGO Star Wars fan since before Star Wars was a LEGO theme, Mark Chan has spent the last 40 years trying to create the perfect LEGO model of an X-wing fighter. We at The Brothers Brick think he’s done a pretty good job, so we caught up with Mark to get the story of his journey. 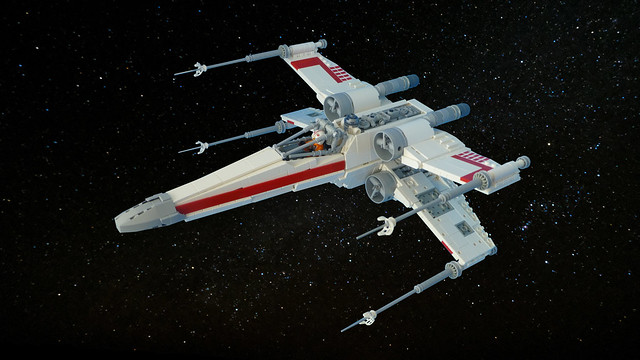 Mark’s love of both LEGO and Star Wars goes way back. He got his first LEGO sets in 1973 at age 5. He got sets of basic bricks, police, and even the original 4.5 volt train with blue tracks, but he quickly grew bored with the sets and moved on to building his own creations. Then in 1977, at 9 years old, he went to see the original release of a new movie called “Star Wars”. What he saw that day rooted itself deep in his imagination and never let go. The very next year in 1978, he combined his two passions and built his first LEGO X-wing. After the release of official LEGO Star Wars sets in 1999, he vowed to improve upon the official LEGO design and came up with this brilliant model. Since then, he’s always been trying to improve his X-Wing. For the most part, LEGO sets were never close enough, so he drew much of his inspiration from other fan creations. Looking to other people’s work, however, was a double-edged sword: on the one hand, Maciej Szymański’s version gave him a lot of good ideas about how to improve his own, but he was also so stunned by how well it was designed. He was intimated. So much so that he even gave up trying to make his own for a time. When he saw Jerac’s version last fall, he decided to try again, realizing that there was still room for innovation after all. Just as the work of others had discouraged him once, it now gave him hope. He bought the instructions to Jerac’s creation, but after just a tenth of the model, his creative juices started flowing and he abandoned the instructions and started from scratch on his own new version. 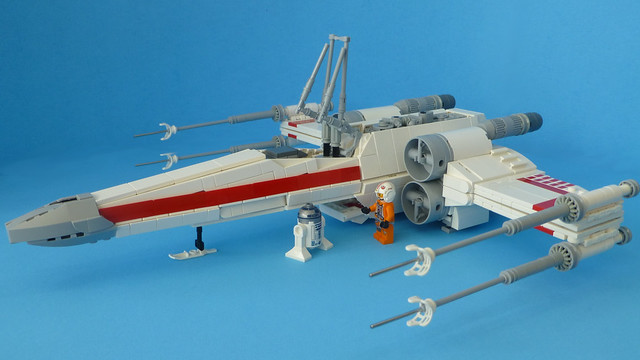 So Mark got to work. He went back to the source material. He took screenshots from the Blu-Rays of the Original Trilogy. In addition, he referred to images from the old Star Wars Customizable Card Game, as the images on the cards were taken directly from the original film stock. He compared these two sources with pictures of studio models he found online. He then found a blueprint on Wookieepedia and scaled it so that 25 pixels on the image converted to 1 LEGO stud. 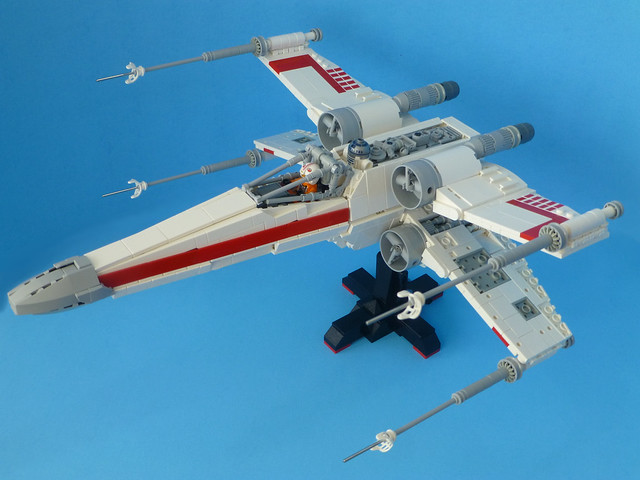 Mark’s next step was to figure out the angles. He started by measuring the angles of different parts of the ship on screenshots, official images, and diagrams. This led him to the unfortunate realization that there are slight differences in the angles of the canopy, fuselage, or wing panels of the ships used in the films. Even in the same version of the same movie, the life-size X-wings that the actors interact with are slightly different than the miniature or digital models. The differences are tough to spot though, so he decided to go with whichever variation fit the look of the model better. Amazingly, Mark tells us that all the angles on his final model are within one degree of versions found on screen. 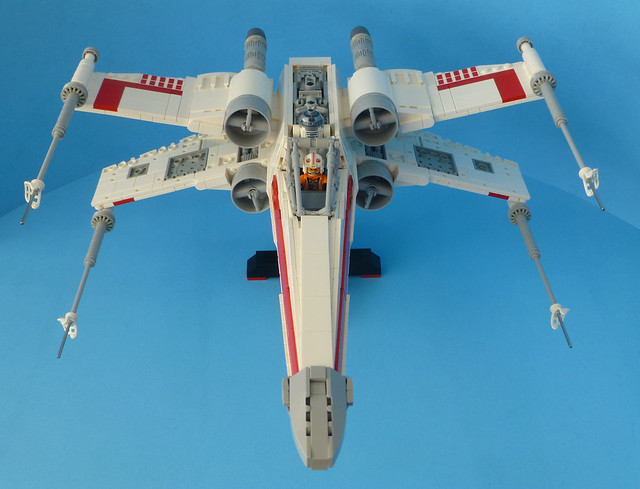 When it came to building, Mark spared no expense. Rather than using software to design it, he did all the design work as he built. This meant he had to build and rebuild sections often, sometimes as many as a dozen iterations of the same part of the ship. At one point, he was making a new Bricklink order every other day as he continuously needed new parts. The X-wing was built in sections, starting with the wings and gearbox, then the canopy, before moving on to the front fuselage and nose cone. Once he was pleased with all the pieces, he then had to figure out a way to attach them together! Final details included actually skinning the back fuselage, and adding greebles and landing gear. 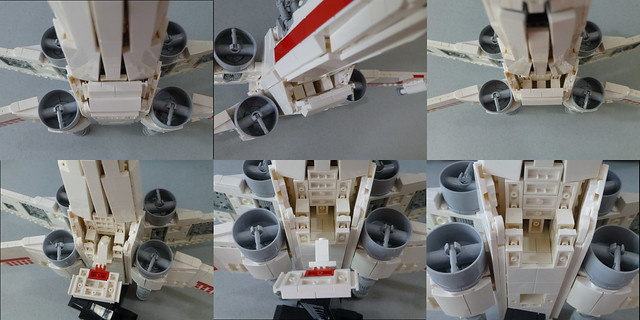 Throughout the build, he borrowed and modified the work of many other builders and recognizes that he could not have built his current version without the work that was done by so many LEGO Star Wars builders before him. The finished model is full of amazing details and creative ways of using LEGO parts.

Where does Mark go from here? He says his X-wing is done for now, and I can’t think of any way he could improve it with the current LEGO parts palette. He does wish that LEGO would release a more accurate piece for the X-wing canopy. Maybe if they do, he’ll update his model. We never know what changes new parts designs could bring. Barring that happening, he has some ideas to build more accurate models of the TIE Fighter and Tie Advanced X1, again building on the excellent work that other builders have done. Whatever he does, he hopes to continue to have as much fun building future LEGO creations as he did with his X-wing. 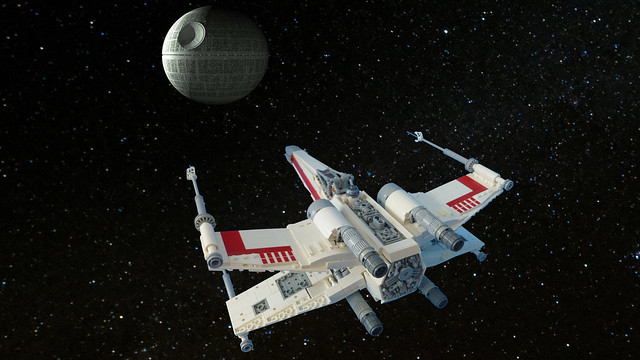