Many LEGO Star Wars fans have long hoped for a set depicting the Rebel base on Yavin 4. Some fans have taken matters into their own hands and built their own rendition, like this scene by Legomania. Though only a small chunk of the Great Temple that housed the Rebel Alliance, this diorama accurately portrays the spirit of the activity we see in A New Hope and Rogue One. Pilots are milling about while Rebel Troopers run off to their assignments. 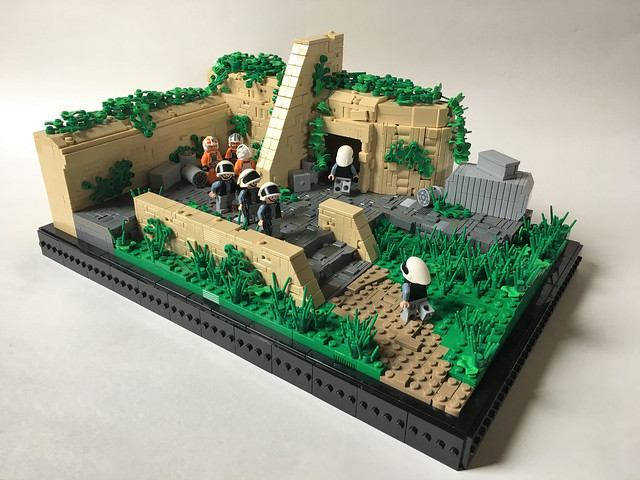