If you have stayed up to date with The Brothers Brick the past few days, you may have noticed we have featured quite a lot of mecha recently. But if you thought you’d seen it all, I have news for you, because what we have here is the largest dose of mecha you have probably ever gotten in one go. Taking inspiration from the videogame Walking War Robots, iomedes! creates the most iconic mech available in the game in LEGO at a mind-boggling scale, standing nearly five feet tall at the tips of its guns. 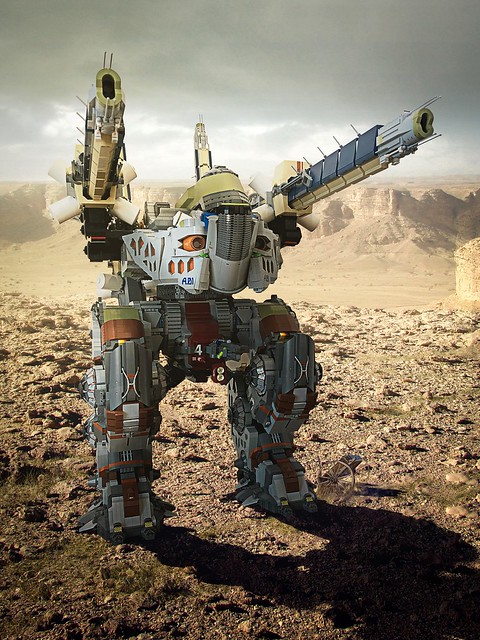 All the conventional techniques and rules of mecha building go out the window at a scale like this. Joints which would mostly be a few pieces allowing for articulation and covered by a panel or two simply would not cut it in this creation and are rather replaced with complex brick-built domes and arches. 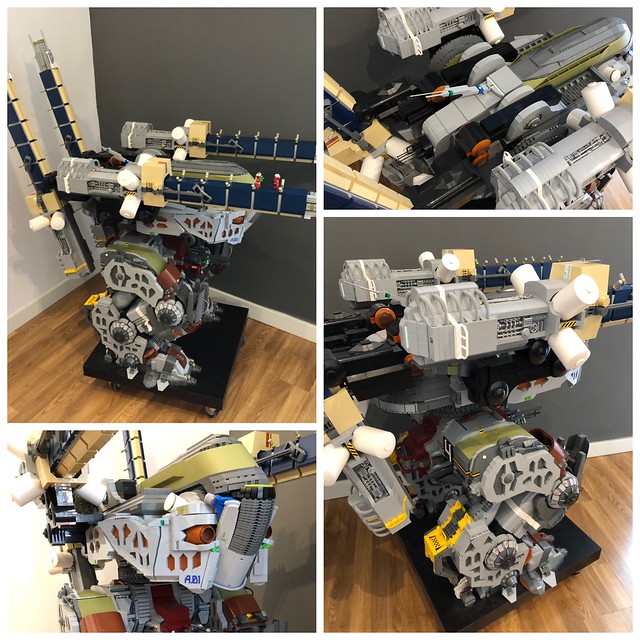 Textures are built mostly from basic bricks and slopes instead of textured tiny pieces we would see in a normal mech. The only thing that is similar to the mecha we are used to is the use of the giant olive green ship hull piece used on Zorin’s “head”. 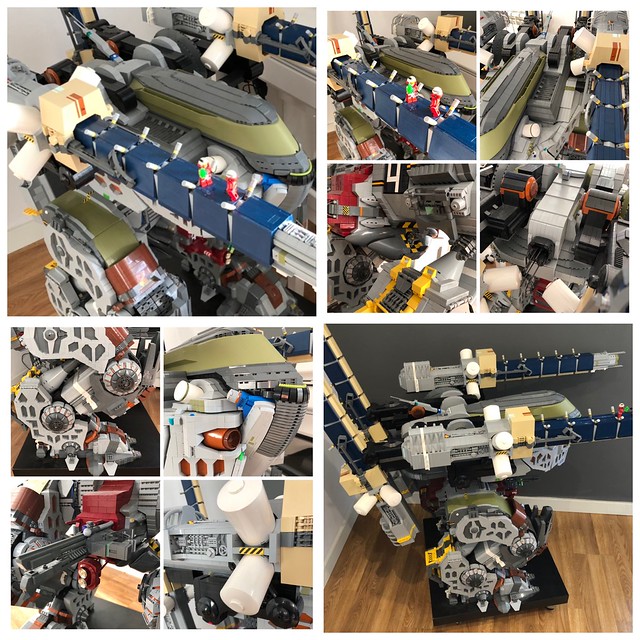 To better put the build’s size into perspective, check out this picture where the mech is pitted against an equally fierce-looking opponent.